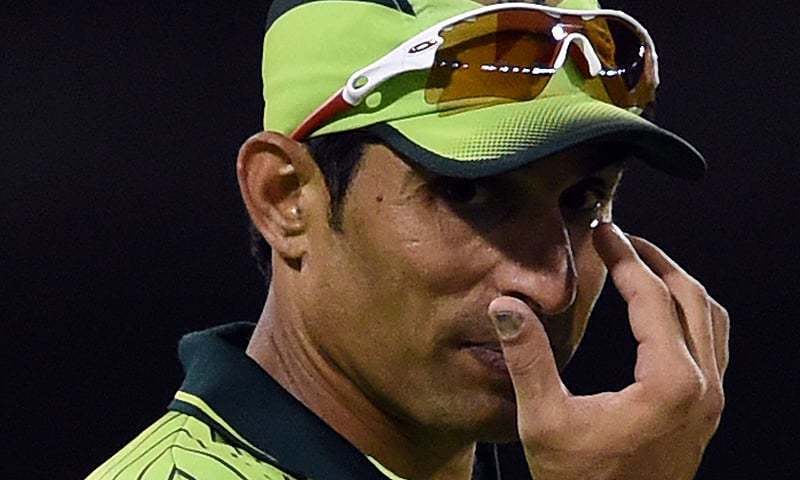 “Of course we can win the World Cup.” -File

ADELAIDE: (Agencies) Pakistan captain Misbah-ul-Haq insisted Sunday there was no reason why his team could not be crowned World Cup champions after they saw off Ireland by seven wickets to qualify for the quarter-finals.

After losing their opening games to India and the West Indies, the Pakistanis have now won four on the trot — including victory over highly-fancied South Africa — and will face Australia for a semi-final place.

“Of course we can win the World Cup. We have the momentum. The bowling is doing really well, the batting is beginning to do its part. On the day anything can happen,” said Misbah.

“This was a pressure game — more pressure than a quarter-final,” he added after his side impressed with bat and ball in Adelaide.

Sarfraz Ahmed made an undefeated 101 — Pakistan’s first century of this World Cup — to see his team home, with fellow opener Ahmed Shehzad adding 63 in a first-wicket stand of 120.

“Sarfraz’s was a brilliant knock and much-needed. I am very happy how he went on and stayed there till the end,” added Misbah whose side will return to the Adelaide Oval to face Australia on Friday.

Ireland finished on six points — the same as the West Indies — but missed out on a quarter-final place because of an inferior net run-rate.

Skipper William Porterfield hit 107 but no other Ireland batsman made more than Gary Wilson’s 29.

“It is nice to get some runs but never nice to be on the losing side. We are disappointed not to have got more runs but they bowled well,” said Porterfield.

“It is disappointing to go out on net run-rate but the way we started is good and we continued well with the batters stepping up and getting runs,” the opener added.

“We have shown — as have all the Associates (non-Test nations) — that we deserve to be here.”