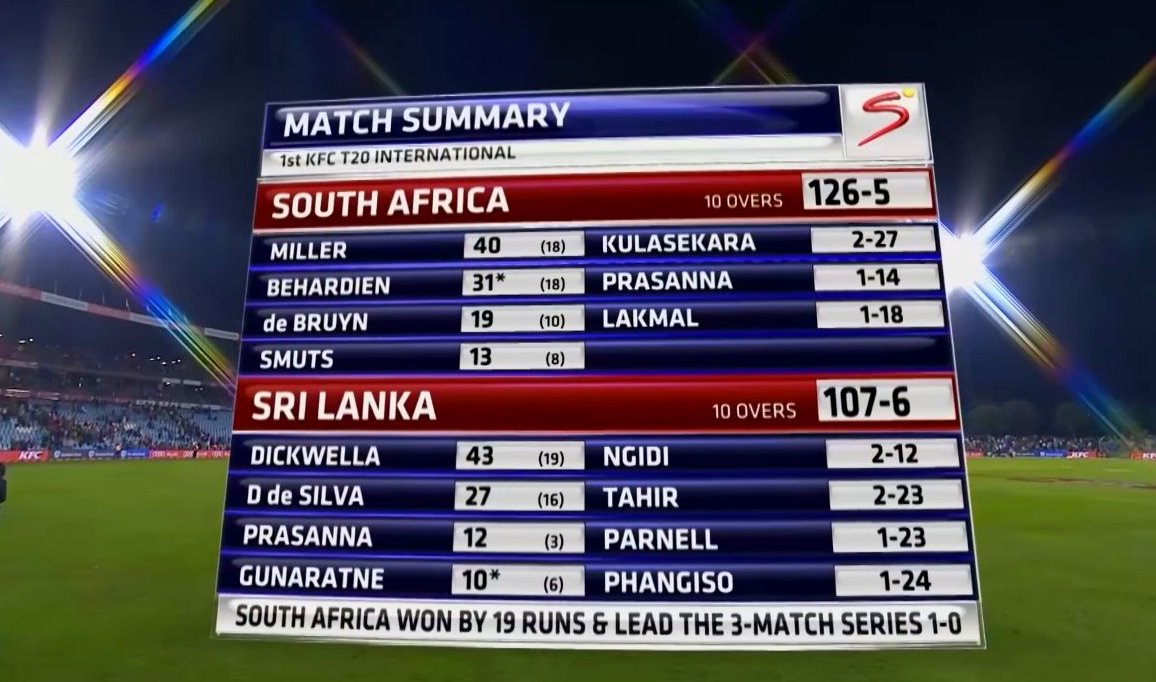 South Africa continued its test-winning form against Sri Lanka with a 19-run victory on Friday in the first Twenty20, which was reduced to 10 overs per side due to rain.

South Africa reached 126-5 after Sri Lanka won the toss and chose to bowl. Sri Lanka could only score 107-6 in reply.

The hosts stumbled to 54-3 after 4.5 overs but David Miller smashed 40 off 18 balls ” including three sixes ” and new South Africa captain Farhaan Behardien ended 31 not out, also off 18 deliveries.

Only Asela Gunaratne could contain the batsmen, with 0-12 off two overs, while Nuwan Kulasekara took 2-27 in his pair of overs at SuperSport Park.

Sri Lanka began the chase well, moving to 59-1 off 5.1 overs. Niroshan Dickwella hit 43 runs off 19 balls, including two sixes and six fours. Fellow opener Dhananjaya de Silva got 27 off 16. But the rest of the innings collapsed with only Seekkuge Prasanna (12) and Gunaratne (10 not out) reaching double figures.

Lungi Ngidi, among five South African players making their T20 debut, was devastating with 2-12 off two overs to earn the man-of-the-match award.

The second of three T20 matches is in Johannesburg on Sunday.