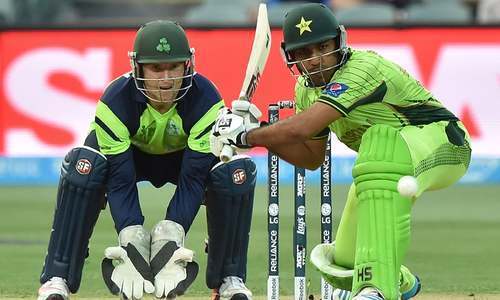 SYDNEY: Pakistan and the West Indies secured the two remaining places in the quarter-finals of the World Cup on Sunday after coming through must-win matches in the last of the tournament’s group games.

The 1992 champions, Pakistan beat Ireland by seven wickets in a winner-takes-all clash in Adelaide. Earlier in Pool B, the West Indies saw off the United Arab Emirates by six wickets in Napier.

West Indies’ win saw the 1975 and 1979 champions them edge out Ireland for a last-eight place on net run-rate.

The quarter-finals begin with Sri Lanka’s match against South Africa in Sydney on Wednesday, while defending champions India faced Bangladesh in Melbourne on Thursday.

Australia take on Pakistan in Adelaide on Friday and fellow tournament co-hosts New Zealand play the West Indies in Wellington on Saturday.

The Ireland-Pakistan match took place almost eight years to the day since the Irish knocked the Asian giants out of the 2007 World Cup.

That defeat for Pakistan in Jamaica was followed the day after by the death of coach Bob Woolmer.
Sarfraz hundred

There was no repeat of Ireland’s celebrated victory in the Caribbean as Pakistan posted their fourth straight win of this World Cup, including a victory over highly-fancied South Africa, after starting the tournament with two straight losses.

Sarfraz Ahmed scored his maiden one-day international hundred and Pakistan’s first of this World Cup as they finished on 241 for three, chasing 238 to win, with 23 balls to spare.

Pakistan had dismissed Ireland for just 237 despite a century from Irish captain William Porterfield, who won the toss.

The opener’s 107 followed Ed Joyce’s 112 against Zimbabwe as the second Ireland hundred of this tournament.

Ireland, who had already beaten two Test nations at this tournament in the West Indies and Zimbabwe, found runs hard to come by with Pakistan’s bowling at the ‘death’ especially impressive.

Porterfield apart, only Gary Wilson (29) got past 20 as left-arm paceman Wahab Riaz took three for 54.

Opener and wicket-keeper Sarfraz, who marked his tournament debut with 49 against South Africa, was again in fine form with the bat.

His hundred, his first in 38 ODIs, came off 120 balls including six fours.

However, there were farcical scenes towards the end of the match when, with Pakistan just a handful of runs away from victory, Umar Akmal blocked ball after ball to allow Sarfraz to get to his century.

Pakistan then had a jittery spell, losing two wickets for six runs to be 126 for two.

Shehzad holed out off seamer Stuart Thompson, having faced 71 balls including seven fours before Haris Sohail was run out after being sent back by Sarfraz. 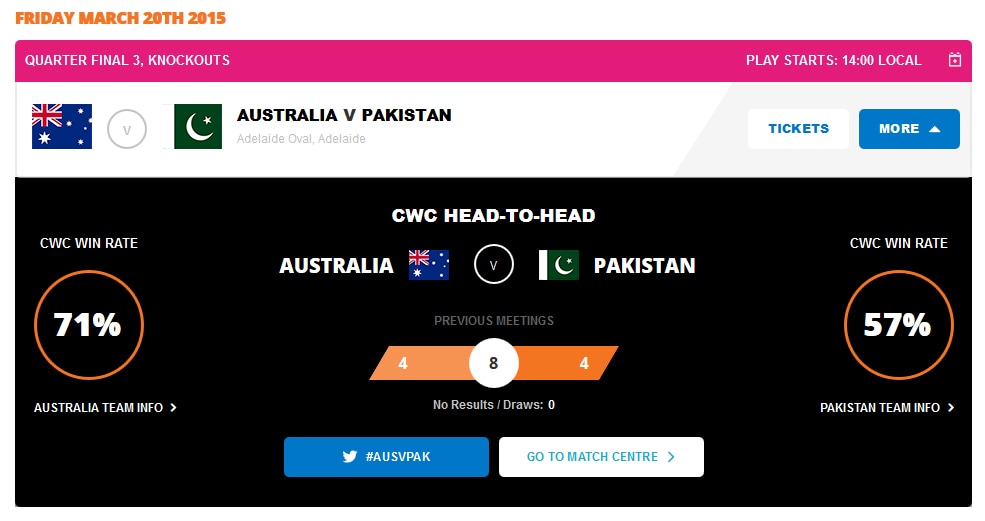