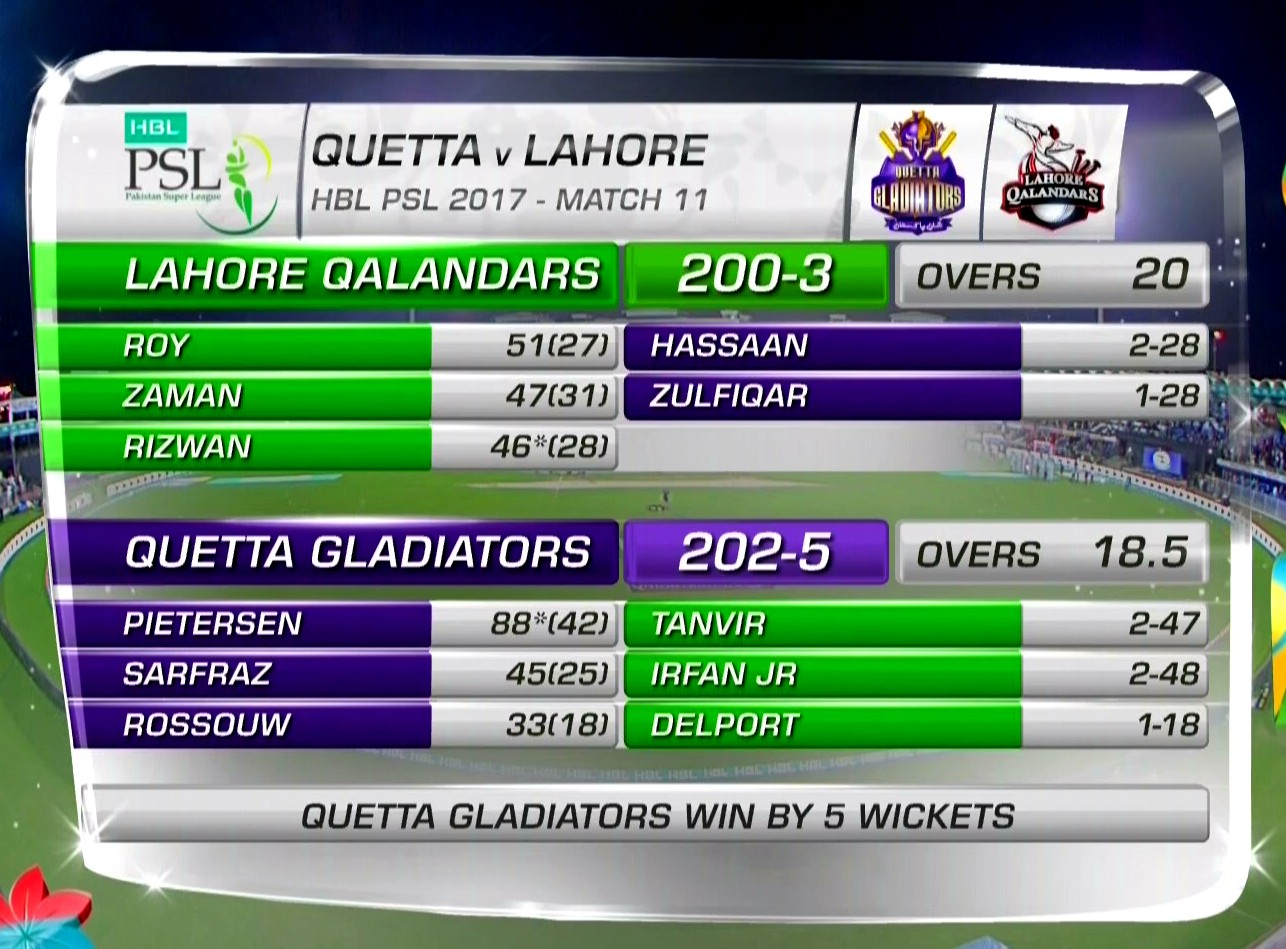 SHARJAH: A destructive batting show by Kevin Pietersen powered Quetta Gladiators to a five-wicket win against Lahore Qalandars at the Sharjah Cricket Stadium on Saturday.

Chasing a gigantic target of 201, Gladiators, after losing their top order in quick succession, were revived by a stormy 88 not out off 42 balls by Pietersen, who returned to his destructive batting form after failing in the earlier three matches. Helped along by captain Sarfraz Ahmed, the England batsman steered the Gladiators to the target. Anwar Ali hit the finishing runs after Sarfraz departed for 45.

Gladiators lost opener Saad Nasim for mere 5 runs off Tanvir, which left the team one down for 13. Ahmad Shehzad was the next to depart for 15. Rilee Rossouw showed some resistance but fell for 33. Perera followed him to the pavilion shortly afterward for a mere 1.

Jason Roy’s quickfire fifty off 24 balls saw Lahore Qalandars off to an explosive start, helped along by Fakhar Zaman, Qalandars’ previous match hero, who opened the innings in place of captain McCullum after Gladiators won the toss and sent Qalandars in to bat first.

The England batsman, however, fell right after, leaving the Qalandars one down at 77. Umar Akmal departed for 17. Fakhar Zaman fell short of fifty, going for 47 off 31 balls as the Qalandars slowed down at 123-3 off 13.1 overs.

The Qalandars picked up soon after, with Rizwan scoring 46 off 28 balls not out and Cameron Delport, in for Grant Elliott, staying not out at 35 off 21. 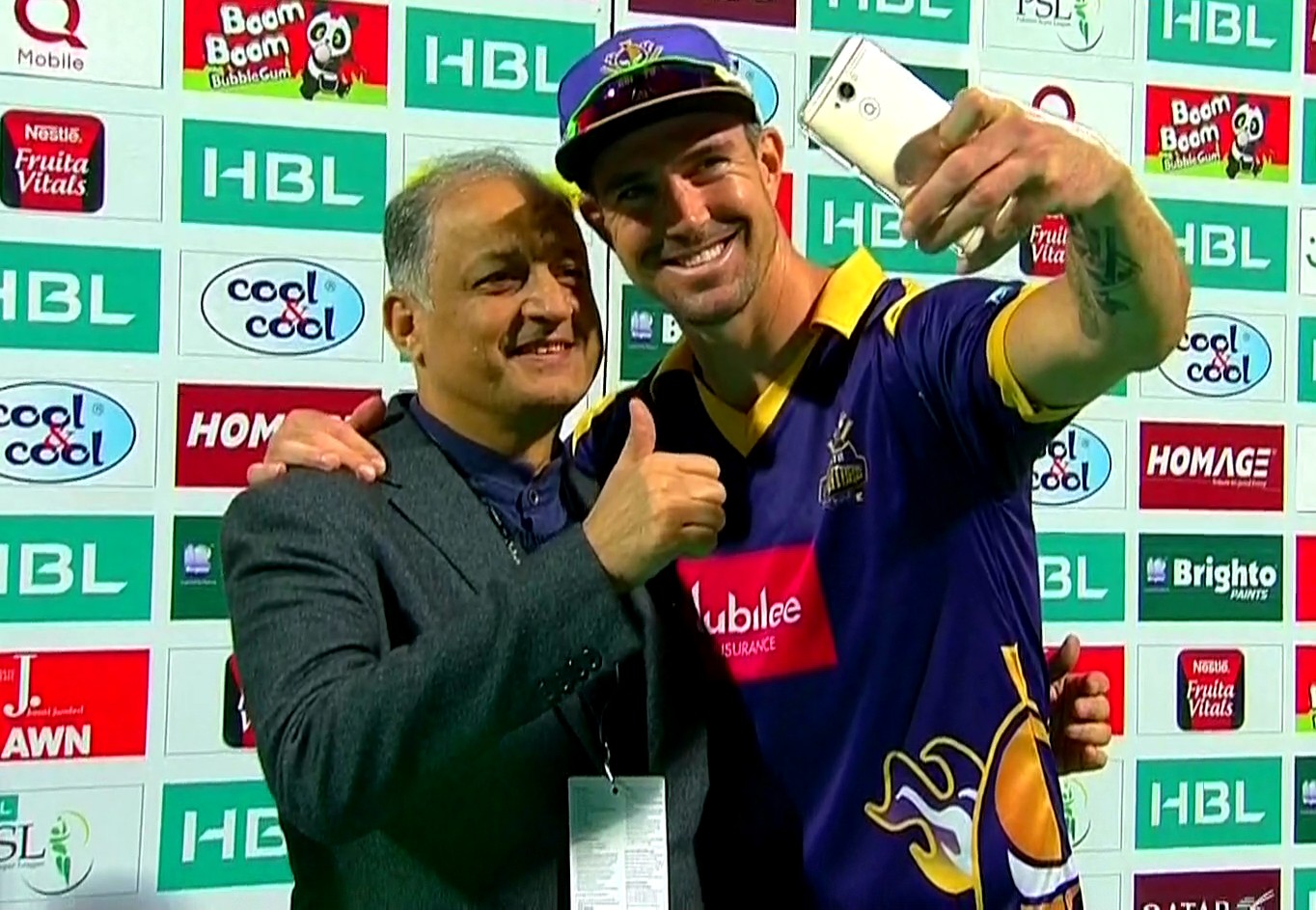