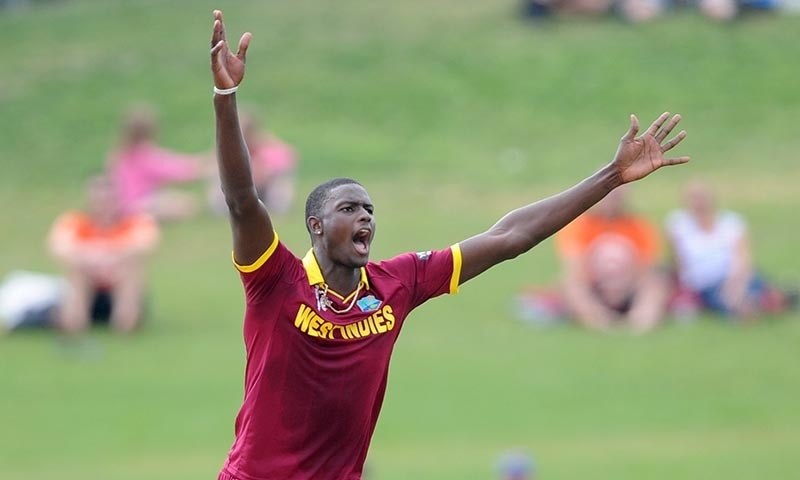 NAPIER:(AFP) West Indies skipper Jason Holder dismissed talk of a rift in the ranks on Sunday as he led his side to a World Cup quarter-final against New Zealand.

Holder, a surprise choice to lead the West Indies to the World Cup, appeared to be involved in an on-field argument with former captain Darren Sammy during their must-win final Pool ‘B’ match against the United Arab Emirates in Napier.

The West Indies’ eventual six-wicket victory all but propelled them into the knock-out phase.

The mission seemed in the bag when Holder won the toss, put UAE into bat and rapidly reduced them to 46-6 before Nasir Aziz and Amjad Javed staged a 107-run stand.

Sammy was brought on to try to break the partnership with the score at 108-6 after 30 overs and was not happy when taken out of the attack after just one over that yielded four runs.

Sammy and Holder appeared have strong words which Holder later played down as ‘a little banter on the field’ saying they wanted to have some fun but ‘unfortunately it probably didn’t look that way’.

He later conceded they “had a little tussle there. It’s just part of the game. At the end of the day we shake hands and still smile together.”

Sammy later posted a picture on Instagram of him enjoying a drink with Holder in the locker room although his conciliatory smile was in stark contrast to his captain’s stony-faced expression.

The West Indies World Cup campaign, which started with a shock loss to Ireland, has been dogged with suggestions of unhappiness in the camp with the 23-year-old Holder struggling to get the respect of the senior players.

But Holder rejected talk of problems and said the two-time champions were looking forward to the quarter-final against unbeaten New Zealand in Wellington on Friday.

“I couldn’t ask for anything more from the guys. It was a must-win game and we had to win by a big margin and the way the guys came out and played cricket I can’t ask for much more,” he said.