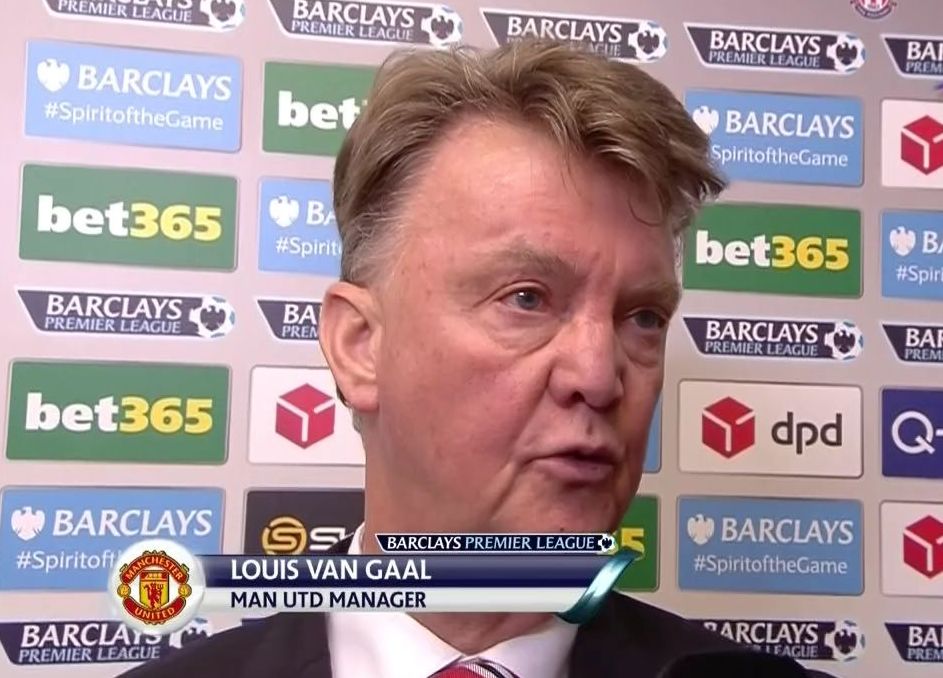 Manchester United boss Louis van Gaal said he could “quit by myself” after Stoke City condemned his side to a fourth straight defeat.

“That is something I discuss with [executive vice-chairman] Ed Woodward not you,” Van Gaal told a media conference after the game.
“It is not always the club that has to fire or sack me.”
He added: “Sometimes I do that by myself, but I am the one who wants to speak first with the board of Manchester United and my members of staff and my players, not with you.”
United’s miserable run has seen them knocked out of the Champions League at the group stage and slip out of the top four in the Premier League.