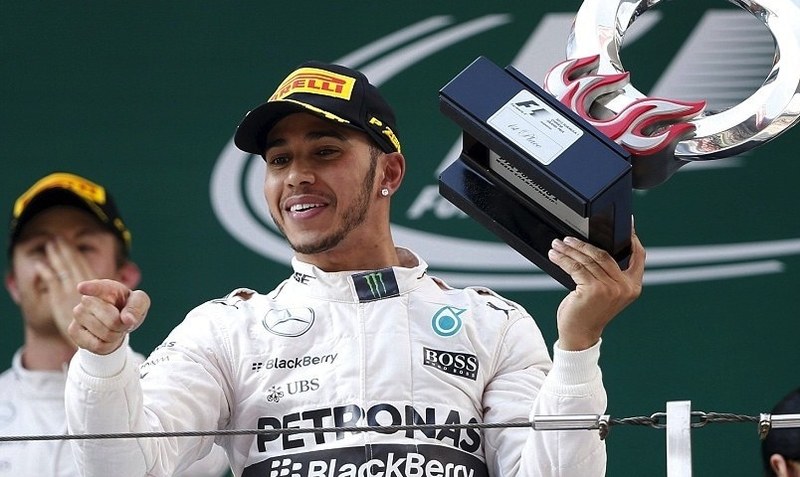 Hamilton is now 13 points clear in the race for the drivers’ championship after winning the Chinese Grand Prix. – Reuters

SHANGHAI: (Reuters) Lewis Hamilton extended his lead at the top of the Formula One championship standings with a pole-to-flag victory at the Chinese Grand Prix on Sunday, the Briton leading a Mercedes one-two ahead of Nico Rosberg.

The race finished behind a safety car after Max Verstappen’s Toro Rosso suffered an engine failure on the start-finish straight with two laps remaining for the leaders but it had been a routine afternoon at the head of the field otherwise.

The Mercedes pair pulled clear of Sebastian Vettel’s Ferrari at the start and managed the race perfectly to ensure their would be no repeat of the German’s stunning win in Malaysia last time out.

Four-time world champion Vettel finished ahead of Ferrari team mate Kimi Raikkonen to claim a third podium in as many races since joining the Italian team from Red Bull at the end of last season.