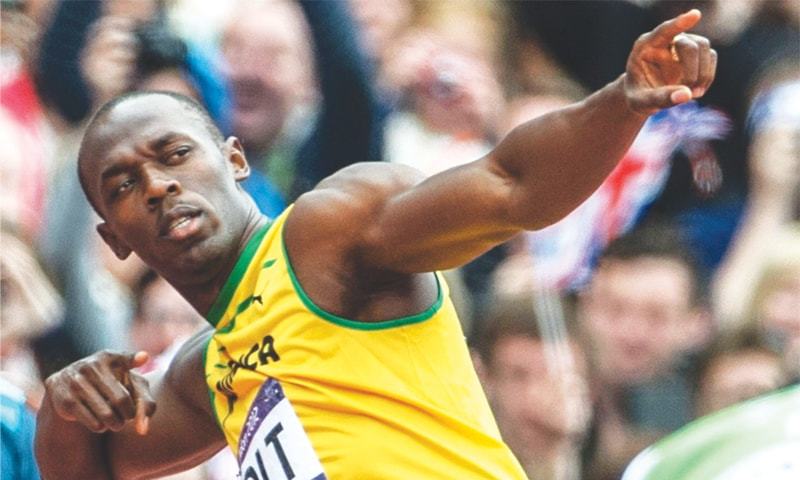 KINGSTON:(Reuters) Usain Bolt is happy with his condition in the lead-up to August’s world championships and will not be denied more sprint gold by American Justin Gatlin, according to his coach Glen Mills.

“We take all competitors with a level of seriousness and I don’t see Gatlin as a joke, but the truth of the matter is Usain at his best doesn’t have much to worry about,” Mills told Reuters in an interview.

Jamaican Bolt will bid for a third 100 metres gold and a fourth 200m gold in succession at the Aug 22-30 meeting in Beijing.

In Bolt’s absence, Gatlin dominated the Diamond League last season, ending the year as world leader in the 100 and 200m with personal best times of 9.77 and 19.68 seconds respectively.

“It’s good for the sport and creates the kind of interest, but those kinds of things don’t affect us in any way because Usain and myself knows what we can get him to do when he’s fully fit and ready and that’s what we’re working to do,” said Mills, who has guided Bolt since 2005.

“When we are ready and he’s peaked then let’s hear the shout, ‘I’m sure it will be Usain Bolt!’”

Having taken time off last year, the 28-year-old told Reuters he was looking to set quick times this season.

“I always try to wait until I run my first race [to set targets], but for me the aim is always to go to the championship and to defend my titles,” he said. “But I want to run really fast this season so I’m working on it.”

Mills said Bolt had stepped up his preparation since running 46.37 seconds over 400m on March 14 in Kingston.

“He has made significant strides since the last time you saw him (in competition),” he said. “He’s down to compete in Brazil in another two weeks and he’s getting into the kind of competitive shape that he’ll be able to perform to the kind of levels that we know he’s capable of doing.”

Bolt, who will compete on wildcard entries in Beijing, was also satisfied with his condition as he gears up for his April 19 race in Rio de Janeiro, the host city for next year’s summer Olympics where he will be expected to defend his titles.

“I’m happy with where I’m at, I’m doing a lot of work leading up to this first run in Brazil … that’s the focus right and that’s what we’re working towards,” said Bolt, who posted a picture of himself training on Easter Monday on his social media accounts.

Bolt could also appear at Jamaica’s national trials between June 25 and 28 in Kingston.

“He didn’t compete that much last year, he did very little, and in preparing for the world championships we’re trying to get him a fair amount of competition in pointing him in that direction,” Mills said.

“We have a number of international races lined up before the trials and his progress in those meets will determine whether or not he needs to run the trials, but it’s not off the table.”