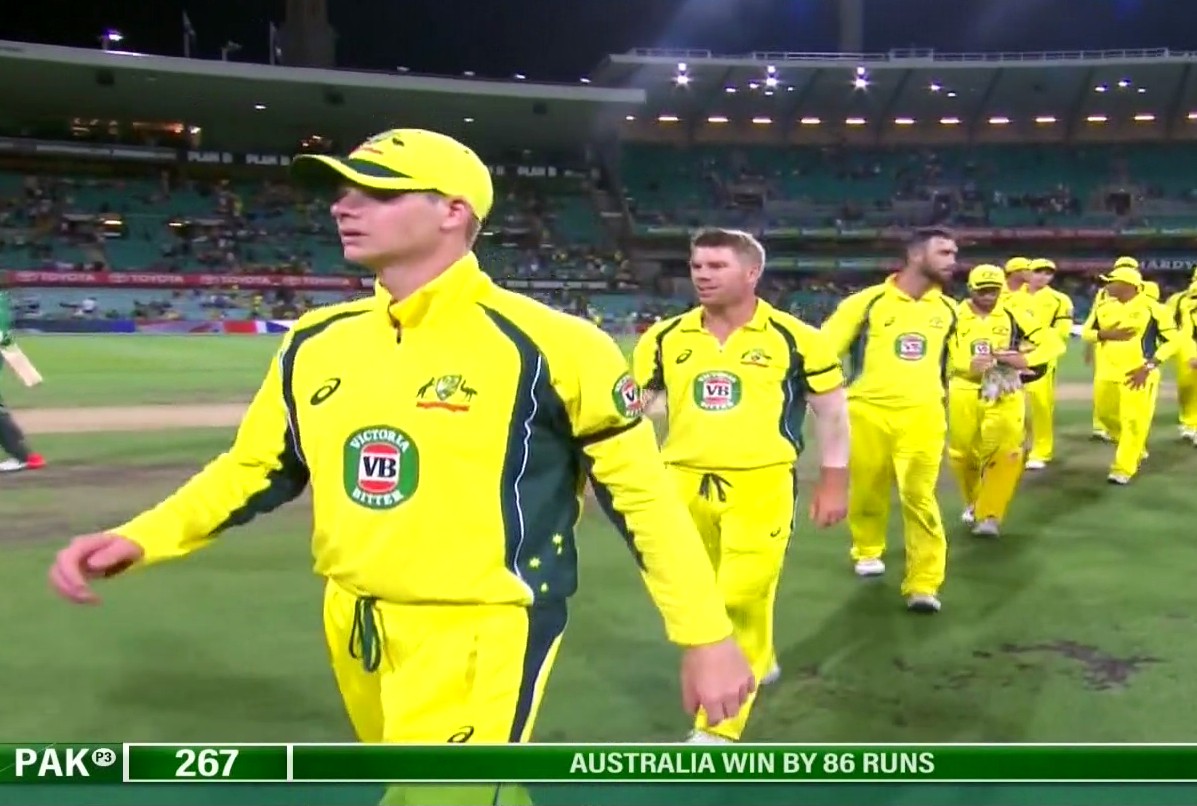 Australia beat Pakistan by 86 runs in the fourth ODI at the Sydney Cricket Ground on Sunday, sealing the series 3-1.

Pakistan were left struggling as sure-footed partnerships by Shoaib Malik, Mohammad Hafeez and Umar Akmal were cut short by Australia.

Opener Sharjeel Khan hit a rapid fifty as Pakistan chased the gigantic total of 354 set by Australia. He fell to Adam Zampa with a catch at boundary but his knock of 74 saw Pakistan off to a rapid start. Malik departed for 47, Hafeez for 40 and Akmal for 11.

Captain Azhar Ali, returning from a hamstring injury to lead Pakistan once again, fell cheaply early into the innings. Azam departed for 31.