Following reports of a heated altercation during a team football warm-up session in Brisbane today, cricketers Wahab Riaz and Yasir Shah took to social media to deny they had a disagreement. 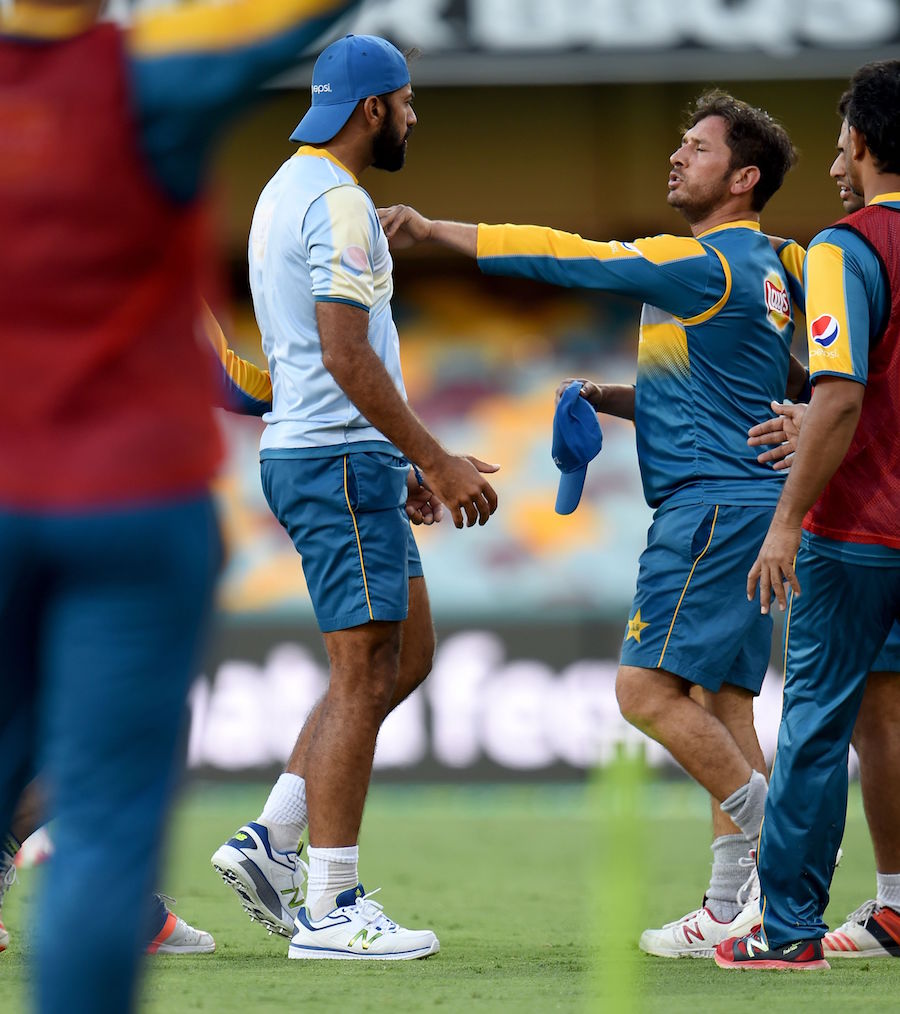 Reports of the rift between Wahab and Shah began circulating after a photo surfaced showing what appeared to be a heated exchange between the two, with Shah placing a hand on Wahab’s chest.

“Yasir and I are great friends. Nothing of the sort happened. We are not against each other, there is no disunity between us,” Wahab said. “We will play together tomorrow, and you have to pray for us.”

A Pakistan Cricket Board (PCB) official earlier told DawnNews the incident took place but it was not a serious matter. According to sources, both players were taken out of practice for a few minutes before being sent back to the field shortly after.

A team official told DawnNews that any action against the two was unlikely at this stage.

PCB Chairman Shaharyar Khan said action can be taken against the cricketers for breaching the code of conduct.

He added, however, that the PCB would wait for a report from the team management before deciding the matter.

Speaking to journalists in Karachi, Shaharyar Khan said no player is above the team and disciplinary action can be taken if team management reports the incident.

The PCB chairman said that fights and differences hurt the team’s morale, and that such incidents should be avoided.