That meant penalties were needed and, after Colombia’s Jeison Murillo missed, Tevez converted to seal a 5-4 victory.
Argentina face either Brazil or Paraguay in Tuesday’s semi-final.

It capped a memorable day for Tevez, who came off the bench to score moments after a move from Juventus to his hometown club Boca Juniors was confirmed. 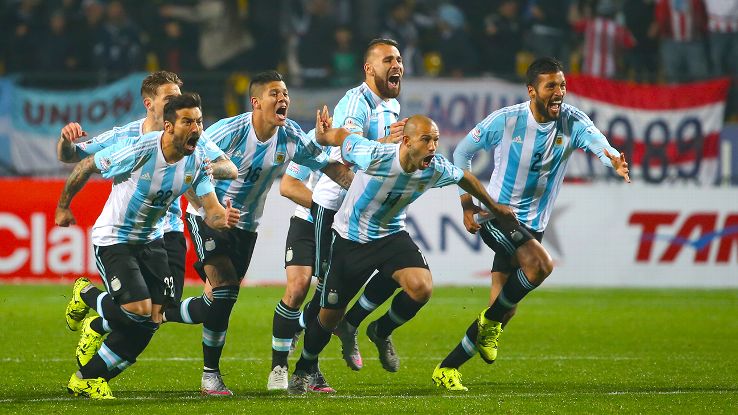