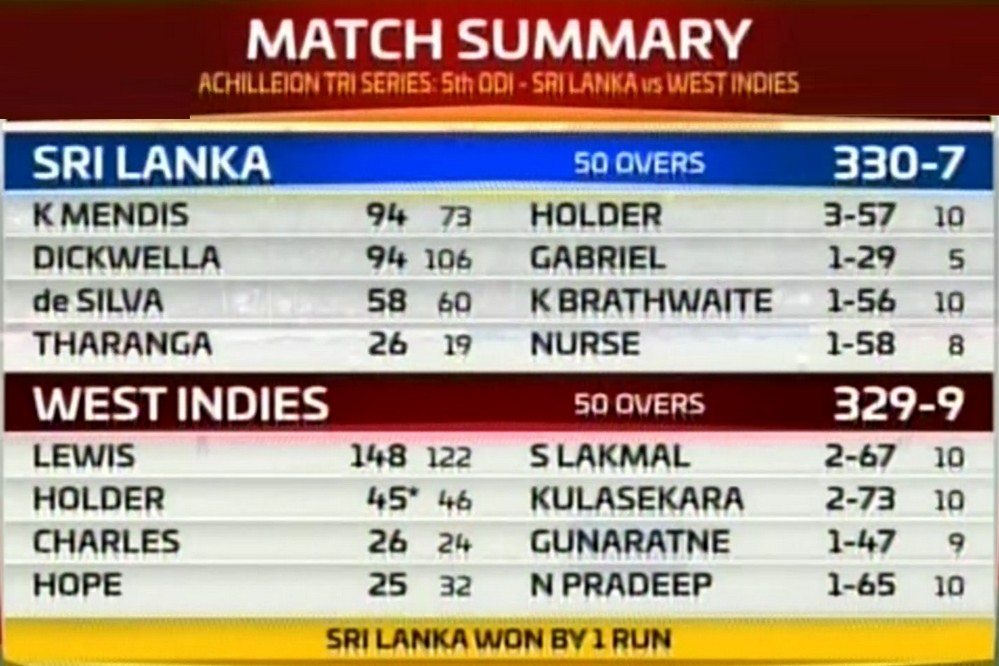 WI needed 10 runs in the last over this time and a six from Benn made it 3 in 3 but Pradeep held his nerve to see his side through by a whisker. Sri Lanka will know they got out of jail here but they won’t mind it at all, it secures their place in the tri-series final. The game between Zimbabwe and West Indies now becomes a knockout game.

Carlos Brathwaite shared a 45-run stand with Jason Holder but both of them preferred to play the risk free game and eventually ended up leaving it a bit too late. Brathwaite departed to Kulasekara who was impressive with his yorkers. Jason Holder batted through but could not get his team over the line in what was another last over finish for them.

West Indies were cruising in the game thanks to the 148 by Evin Lewis who came out hammering right from the start of the game and it kept them in the hunt. There was not much swing, spin on offer for the Lankans and he along with Charles gave them the perfect start. Wickets did fall to direct hits but he held one end and ensured West Indies had a great platform to push for the win.

What a game of cricket! Sri Lanka have won the game by a whisker here! Tremendous fight from the Windies though. 659 runs scored but it came down to the last ball to decide the winner, such is the game of cricket at times. West Indies will feel they have not won two games they should have.