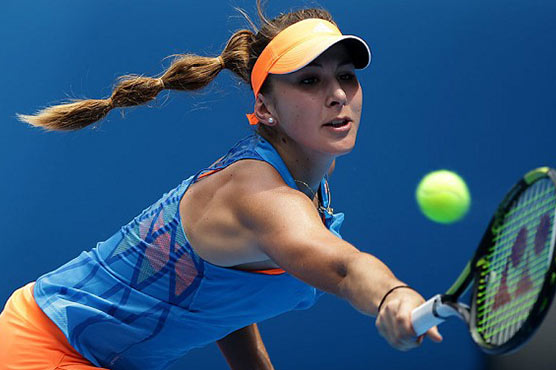 Bencic had played Wozniacki just once before in Istanbul.

The 18-year-old Bencic, who had never beaten a top-five player, won 6-4, 6-4 in the third round of the WTA and ATP hardcourt tournament.

“I am very happy. I m really excited,” Bencic said. “I always watched her on TV or when I was a small girl she was my idol and a role model for me and for my game.”

Bencic had played Wozniacki just once before in Istanbul, Turkey last year where she was crushed 6-0, 6-0.

Asked Monday what the biggest difference between the two matches was, Bencic joked, “I won a game.”

“I played more solid,” she added. “In Istanbul I had too much respect and I was nervous. Today I really had a good game plan. I did what I had to do.”

It is the first time in three attempts that the world number 37 Bencic has beaten a top five player but this is now her third career win over a top 10 opponent.

Bencic, who was named the WTA Tour s Newcomer of the Year last year, beat world number seven Angelique Kerber and world number 10 Jelena Jankovic during a brilliant run at the 2014 US Open before losing in the quarter-finals.