There was drama in Buenos Aires on Thursday as River Plate looked to defend a 1-0 lead in the away leg of their Copa Libertadores tie against fierce rivals Boca Juniors.

As the teams emerged after half-time with the game still goalless, the River players were attacked with pepper spray from within the inflatable tunnel at the side of the pitch. 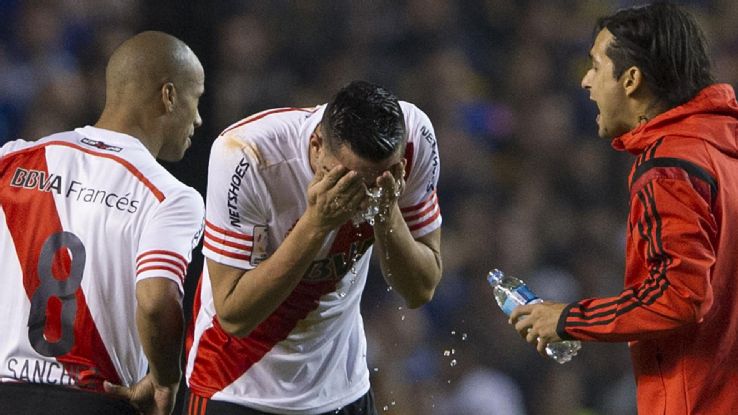 It is thought that a Boca fan may have breached the tunnel through the security fence and released the spray, which causes discomfort to the eyes and skin.

Several River players including Driussi and Leonardo Ponzio were particularly affected leading and the team’s head coach Marcelo Gallardo to insist the game be suspended.

officially suspended with the score still 1-0 to River after the first leg.
There has been no announcement so far as to whether the match will be replayed, restarted from the second half, or forfeited by Boca. 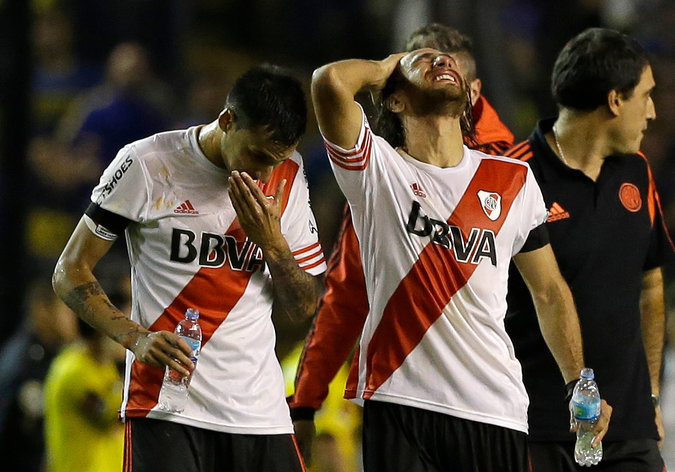