Dubai: Famous Pakistani cricket star Shahid Afridi cooperated with Dubai Police to release 30 Pakistani prisoners in Dubai after paying off their financial dues.The former captain of the Pakistan cricket team tweeted: “By grace of Allah, we are facilitating release of 30 prisoners for now, more will be released in coming days.

DUBAI: In a humanitarian gesture, former Pakistan cricket captain Shahid Afridi has agreed to pay over $22,000 for the release of 25 compatriots jailed in Dubai for minor financial crimes. 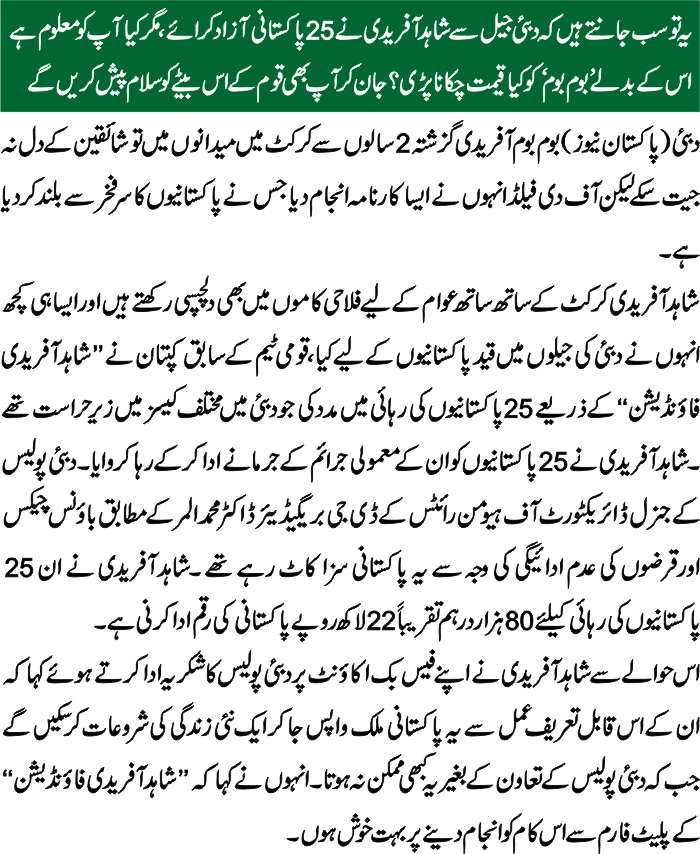