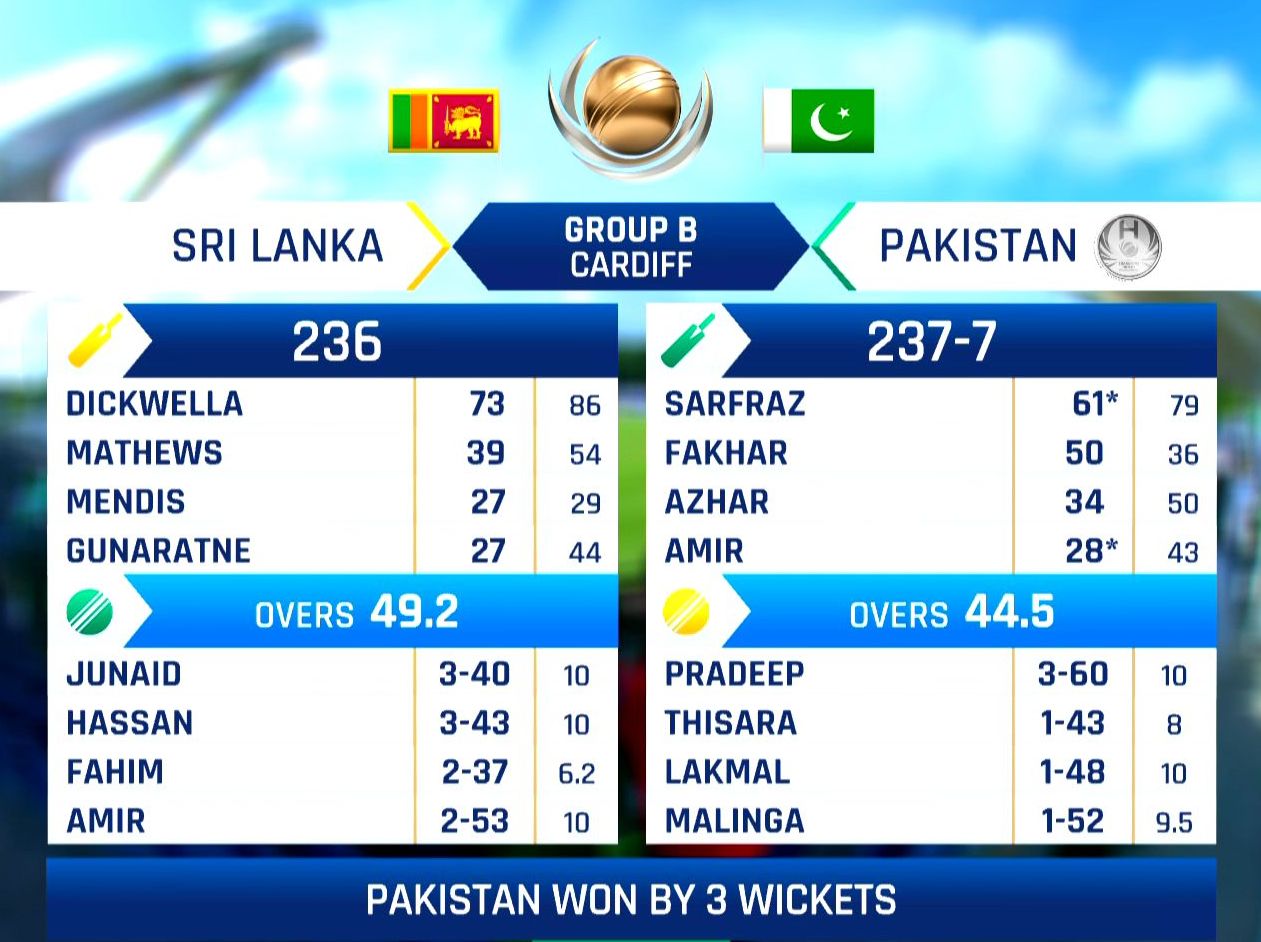 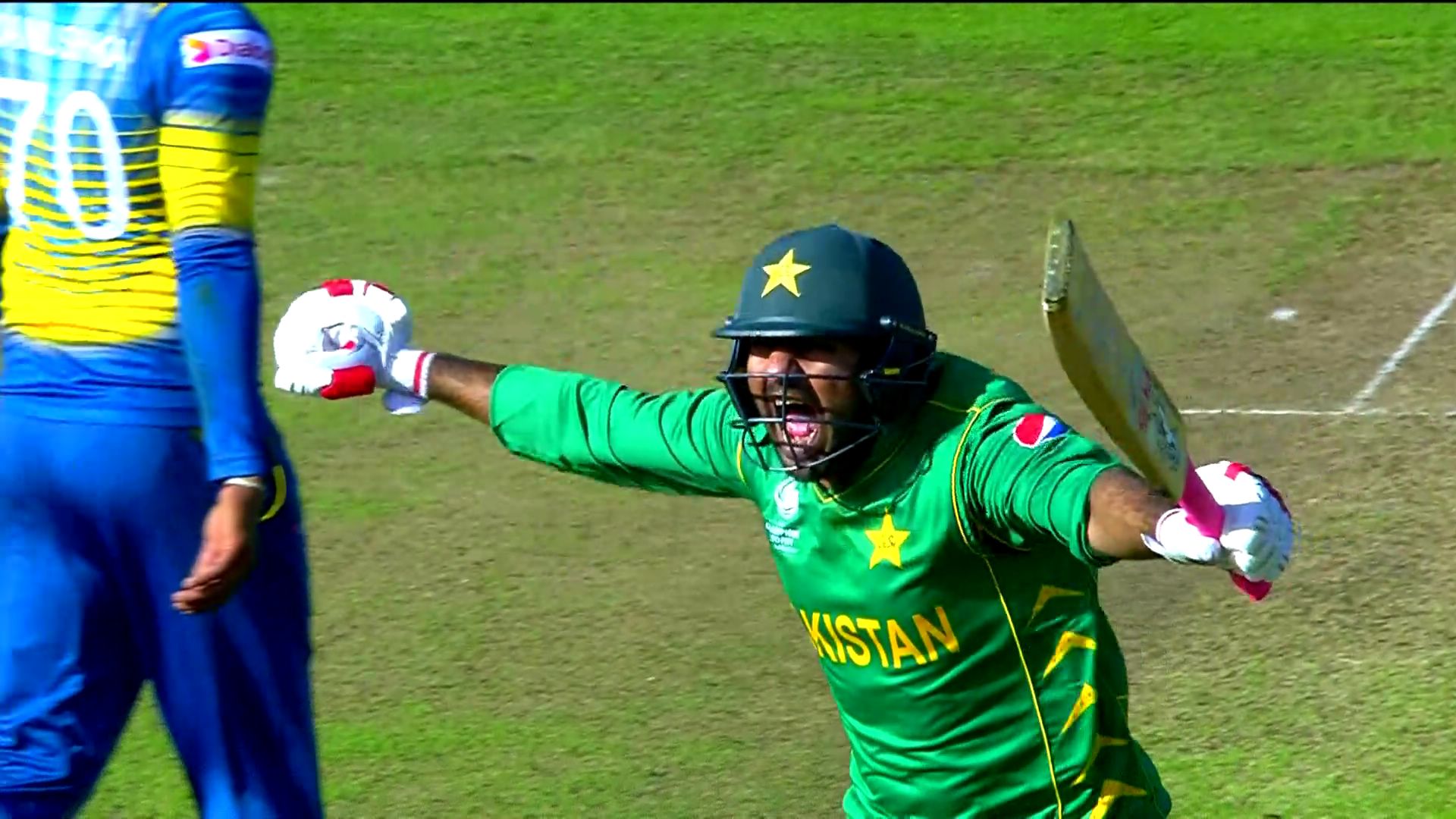 The win has taken Pakistan to the semifinals of the Champions Trophy for the first time in eight years, and will now face England on Wednesday.

Sarfraz and Amir steadied the ship after the Pakistani middle order collapsed once again in chase of Sri Lanka’s 237-run target in the virtual quarterfinal between the two teams.

The openers added 74 runs for the first wicket, with Fakhar scoring 50 and Azhar adding 34.

But the middle order soon collapsed, with Pakistan losing seven wickets by the 30th over with just 162 on board.

However, a 75-run partnership between Sarfraz Ahmed and Mohammad Amir took Pakistan to incredible win over Sri Lanka and ensured a semifinal berth 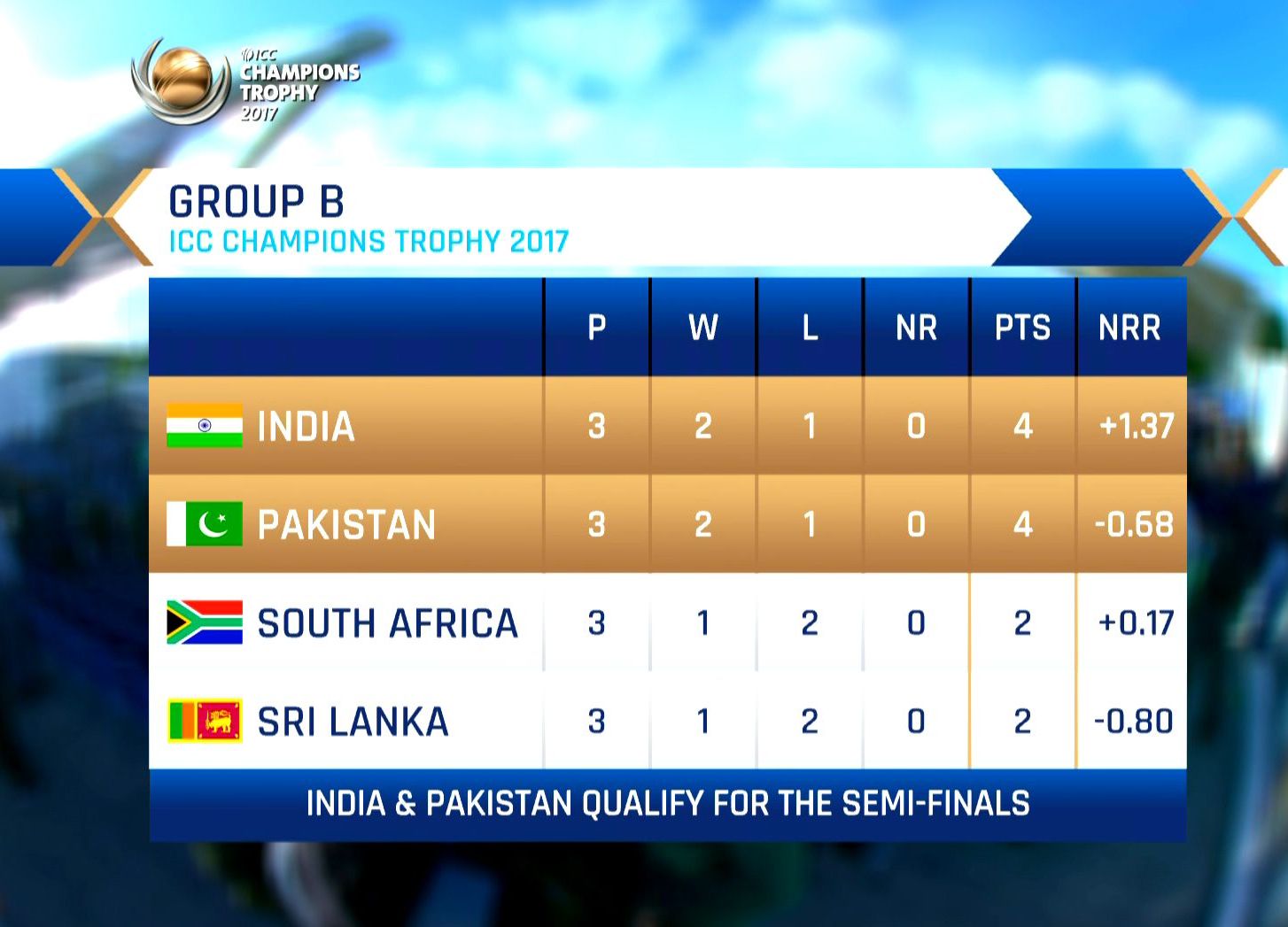