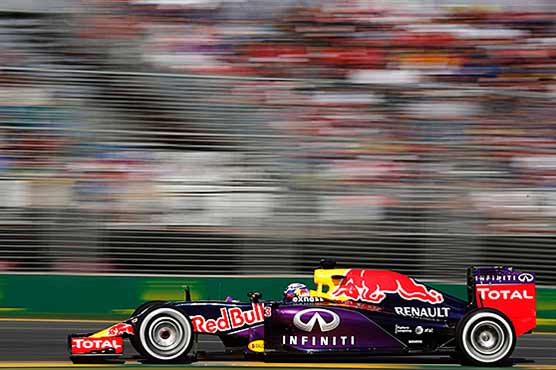 MELBOURNE (AFP) – Red Bull advisor Helmut Marko warned the team could pull out of Formula One over its rules and organisation after a disappointing opening race in Australia.

Marko said the Austrian team was “unhappy” with the current situation, as team principal Christian Horner called for new regulations to level the playing field.

Mercedes  Lewis Hamilton and Nico Rosberg tore away to a one-two finish in Melbourne, 30 seconds ahead of the next driver, in an ominous sign for the other teams.

Red Bull s Daniil Kvyat suffered a gearbox problem on his way to the starting grid and Daniel Ricciardo was sixth out of just 11 cars to finish.

The debacle, for an outfit which dominated F1 between 2010 and 2013, prompted a dark warning from Marko as he spoke to German-language media.

“We are unhappy with the way Formula One is regulated and run,” Marko said. “Therefore we will also be thinking about an exit scenario if the cost-benefit analysis no longer adds up.”

He added that Red Bull, owned by Austrian energy-drink billionaire Dietrich Mateschitz, would evaluate their position later in the year.

Despite Red Bull s years on top, Horner said it wasn t “healthy” to have one team dominant and he called for F1 to rein in Mercedes and their superior engine.

“On this evidence, we are set for a two-horse race at every grand prix. Is it healthy to have a situation like this?” Horner told reporters.

“The FIA, within the rules, have an equalisation mechanism and that needs to be looked at.”

He said Red Bull had to weather several rules-changes during its time at the top, including bans on double-diffusers and flexible bodywork.

The team is also undergoing internal changes with design guru Adrian Newey, who has voiced frustration at the growing number of restrictions, taking a reduced role.

“Take nothing from Mercedes, they have done a super job. They have a good car, a fantastic engine and two very good drivers,” Horner said.

“The problem is that the gap is so big that you end up with three-tier racing, and that is not healthy for Formula One.”

He added: “I fear the interest will wane. I didn t see much of Mercedes on the television and I can only imagine that it isn t interesting watching a procession, so the producer was looking for other battles going on in the race.”