In a dramatic finish, Quetta Gladiators won by one run against Peshawar Zalmi and reached the final of the Pakistan Super League after the end of the first playoff.

Batting heroics by Hafeez, Malan and Afridi failed to push their side towards victory in what was a nail-biting finish at the Sharjah Stadium. This was the second straight one run victory for the Gladiators.

A poor shot by Hasan Ali on the last ball of the innings sealed Zalmi’s fate and he was run out by Sarfraz. 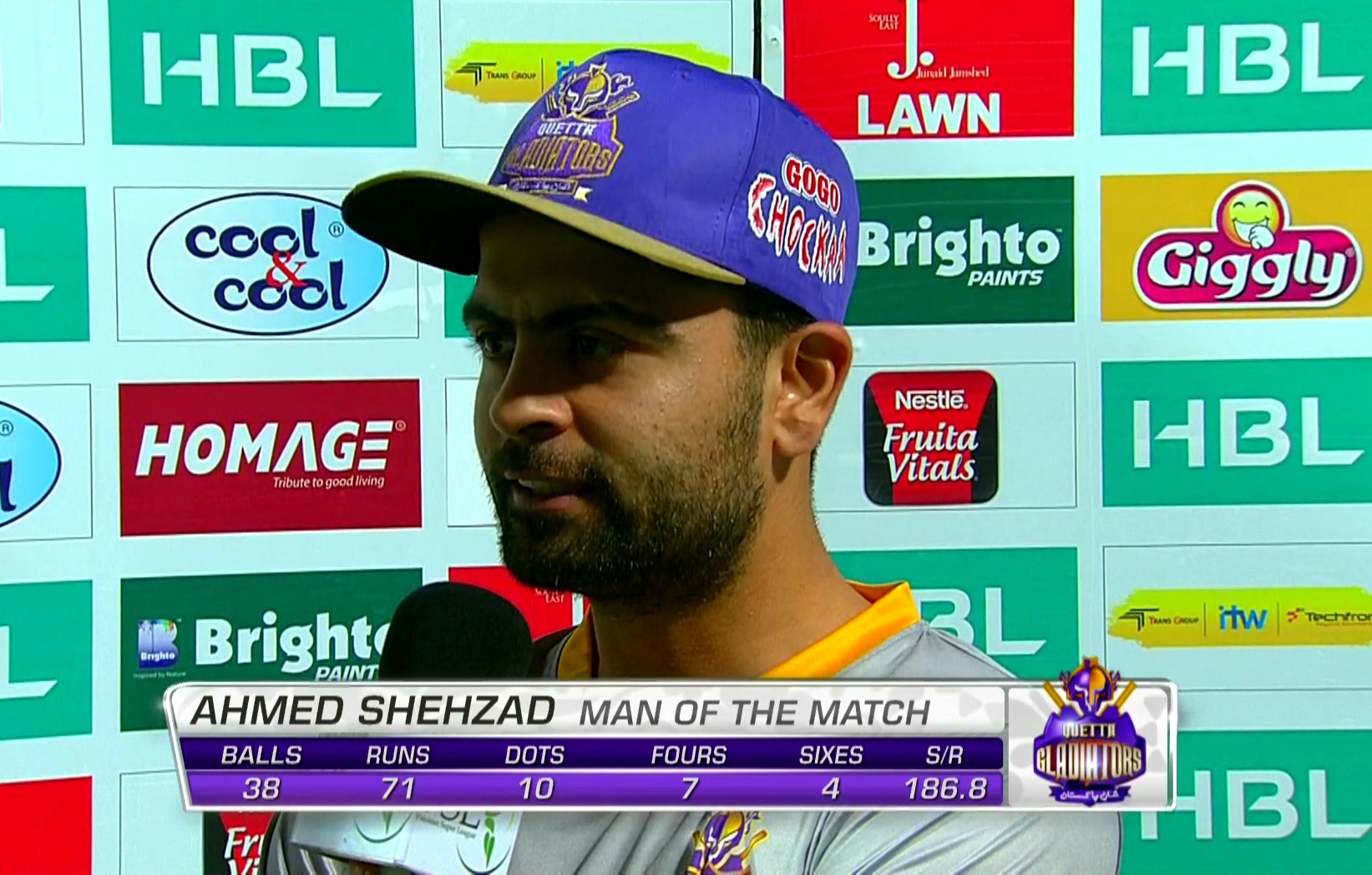