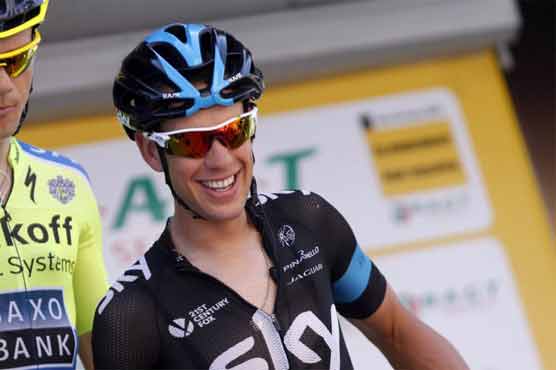 The 30-year Australian, who trailed leader Tony Gallopin by 36 seconds going into the final day s time trial, hopes this win can boost his confidence ahead of the Giro d Italia.

“I relish this win even more than two years ago,” the Tasmanian-born cyclist said. “In between times I had a bad season (in 2014).”

“I wasn t sure I could win this Paris-Nice. I had lost time on Saturday,” Porte explained.

“There was too much tyre pressure, it was not ideal. It was like riding on ice. But I was confident. I know the climb very well, I ve done it many times during training and sometimes even faster than today.”

Porte, who finished the early season classic stage race 30 seconds clear of Polish world road-race champion Michal Kwiatkowski, hopes to bank on this performance heading to Italy in May when he will lead Team Sky.

And the Paris-Nice triumph will undoubtedly shore up his Giro d Italia team leadership stakes.

“I am 30 now, my hair is getting grey. I am happy to be part of such a strong team”, he explained.

“My confidence is boosted. I feel I am in the best shape of my life. I will head to the Volta a Catalunya and the Giro with a team that is improving every day. And then, we ll have the Tour de France with Chris (Froome).”

Porte s personnal best on the Giro is seventh in 2010 when he topped the young rider classification and wore the leader s pink jersey for three days.

Porte has started this season superbly with wins in the Australian time trial championship as well as stages in the Volta ao Algarve and the Tour Down Under.