A popular body builder died as a ‘direct cause’ of taking steroids, an inquest heard. 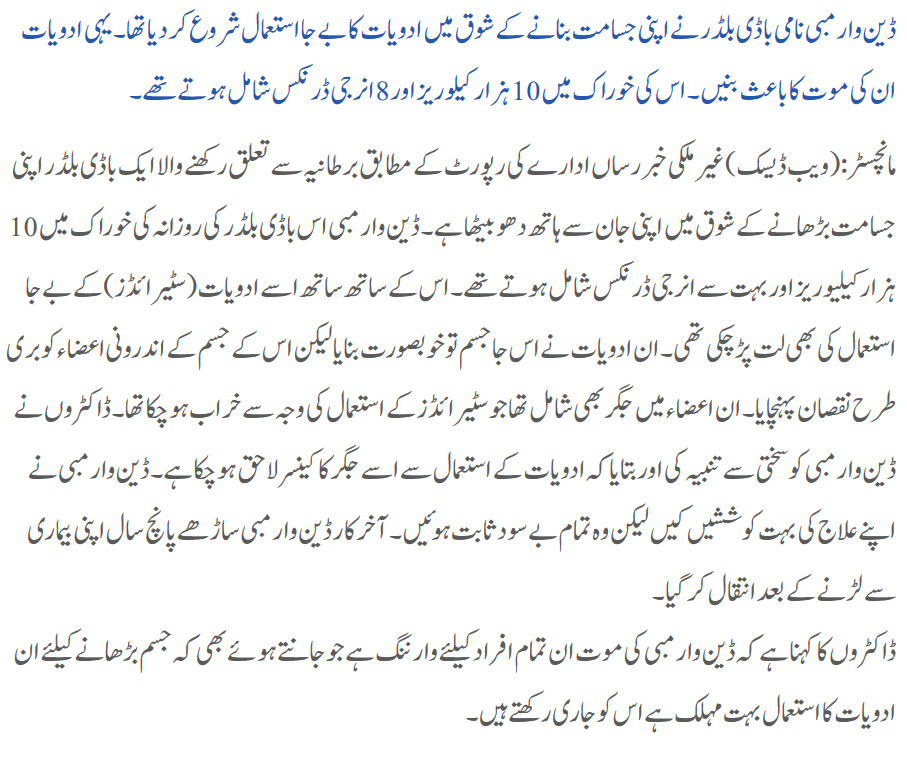 Energy drinks and stimulants are very commonly used by people who need an extra kick to get to the end of the day, or night. While the extra energy can be nice, high consumption can be extremely dangerous.
On July 20th, British bodybuilder and father of one, Dean Wharmby, lost a battle against liver cancer reportedly caused by a very unhealthy diet made of a mix of six or seven daily energy drinks and 10,000 calories a day from burgers, pizza and bacon. After the man was diagnosed with his condition, he began documenting his journey through therapy on Facebook until his last very moments and his photos are still making the rounds on the Internet.

According to the Brown University Health Promotion website, energy drinks need to be taken extremely carefully as they can cause very harmful short and long term effects. The composition of these drinks can supposedly boost the heart rate and blood pressure, dehydrate the body and are even more dangerous when combined with alcohol. Their high consumption for a long term can cause major issues such as neurological problems and have even caused an increase in visits to the emergency unit as a report from the Substance Abuse and Mental Health Services Administration confirms. news by AOL