LAHORE: Some senior players, who were not considered by sacked head coach Khawaja Junaid and the previous national selection committee, have been included in the list of 60 probables, who will attend the national training camp in Islamabad from July 24 for the Asia Cup.

The newly-appointed national selection committee, headed by Olympian Hassan Sardar, announced the list of the probables in which some senior players like Irfan Senior, Rashid Mahmood, Rizwan Senior, M. Ateeq, Tousiq and Kashif Shah have been recalled.

No goalkeeper is included in this list as the PHF has already announced a list of 10 goalkeepers, who will attend a separate training camp in Karachi.

Our sports reporter from Islamabad adds: The two-week training camp for goalkeepers starts from Saturday (today) at the Abdul Sattar Edhi Hockey Stadium.

“We are going to hold a separate camp for goalkeepers in Karachi,” said PHF secretary Shahbaz Ahmed Senior, adding the new coaching staff and selection committee have been appointed for achieving better results.

“The new appointments have been made in order to bring improvements in the national side,” maintained the PHF secretary, stating the training camp at the Naseer Bunda Hockey Stadium will continue for two weeks. 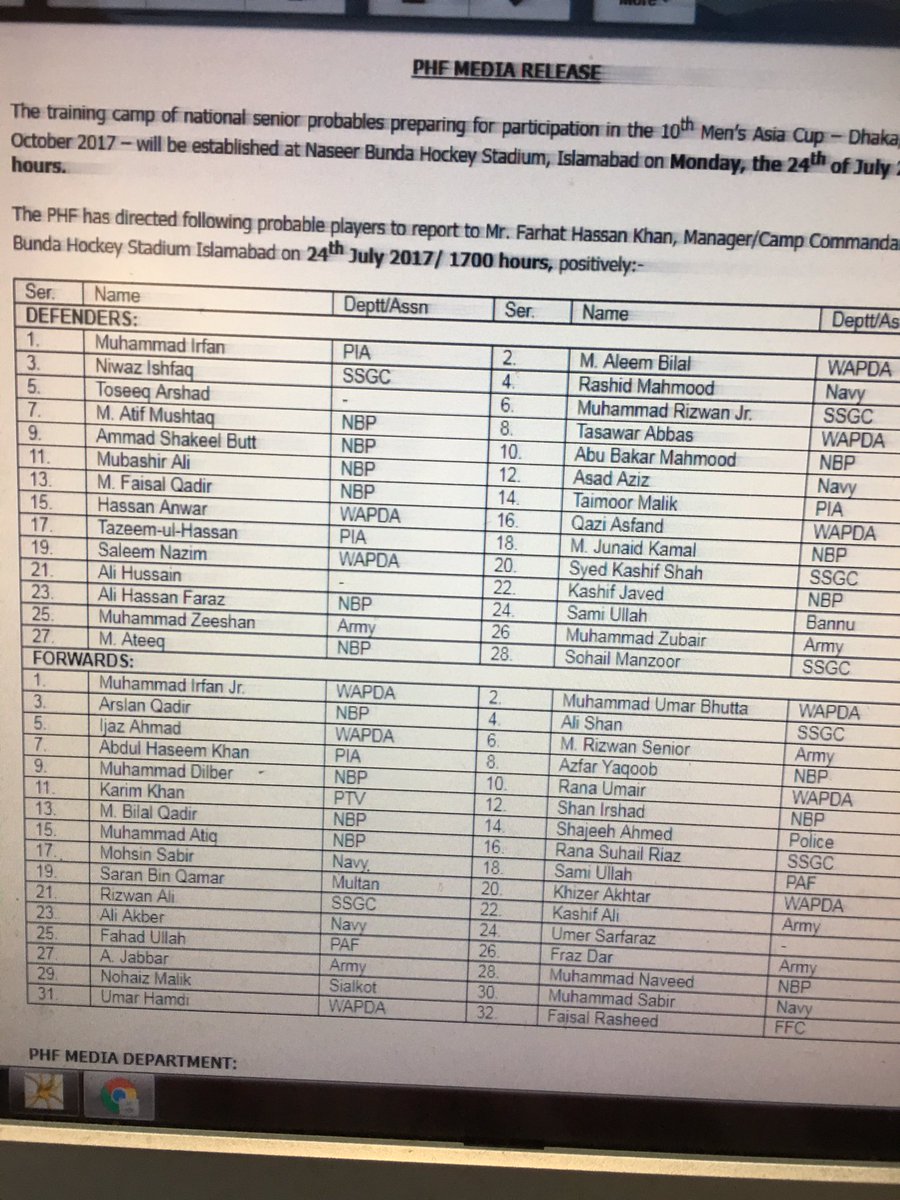