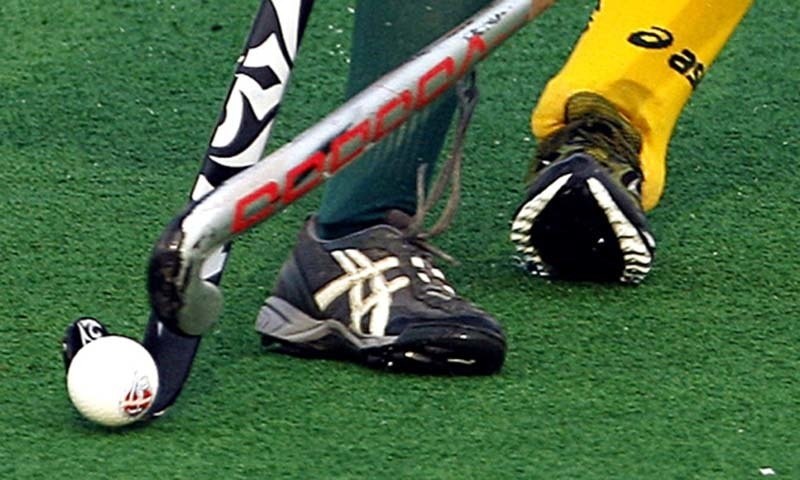 Pakistan Hockey Federation has finalized the plan for their hockey league that is likely to take place later this year.

The hockey league is expected to play a vital role in reviving the sport in the country. To attract big names of hockey, the PHF has decided to spend hundreds and thousands of dollars.

As per the plan, players are being divided into five categories, Diamond, Platinum, Gold, Silver and Emerging players.

Franchises are likely to pick players through a draft similar to the Paakistan Super League.

Every team will be allowed to have five foreign players in their side.

PHF is determined to host the league in Pakistan and are not considering any substitute for the venue. 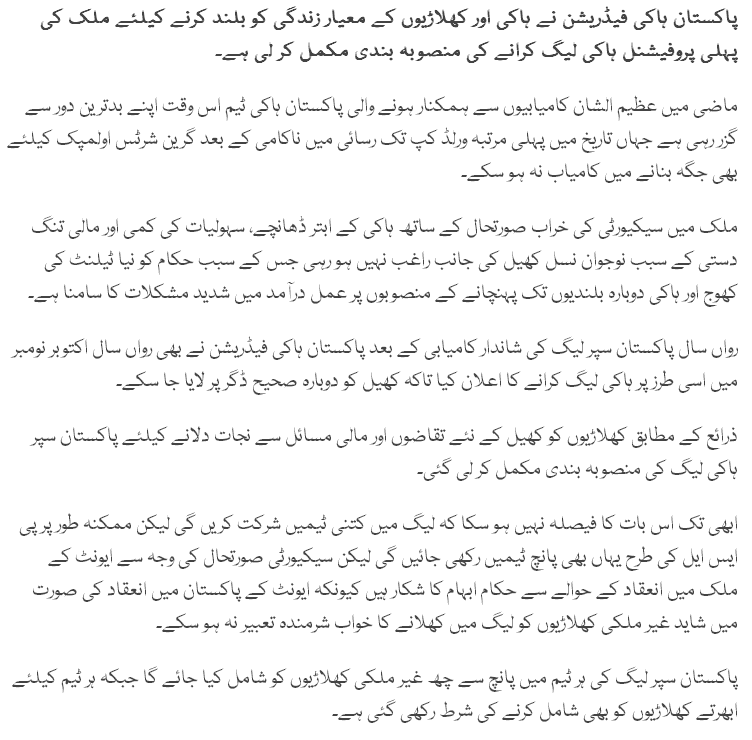 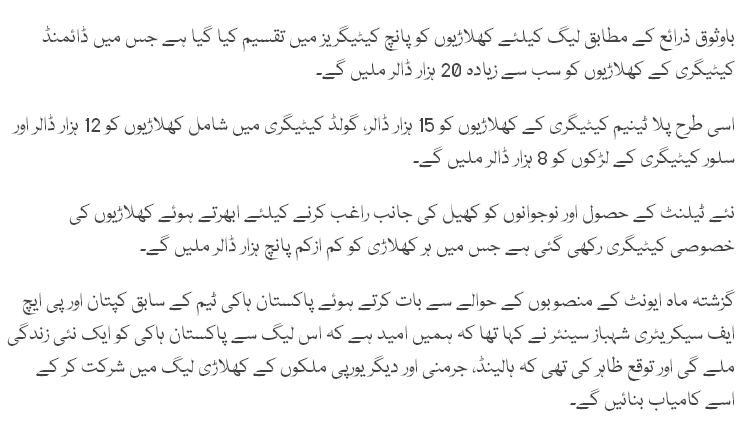