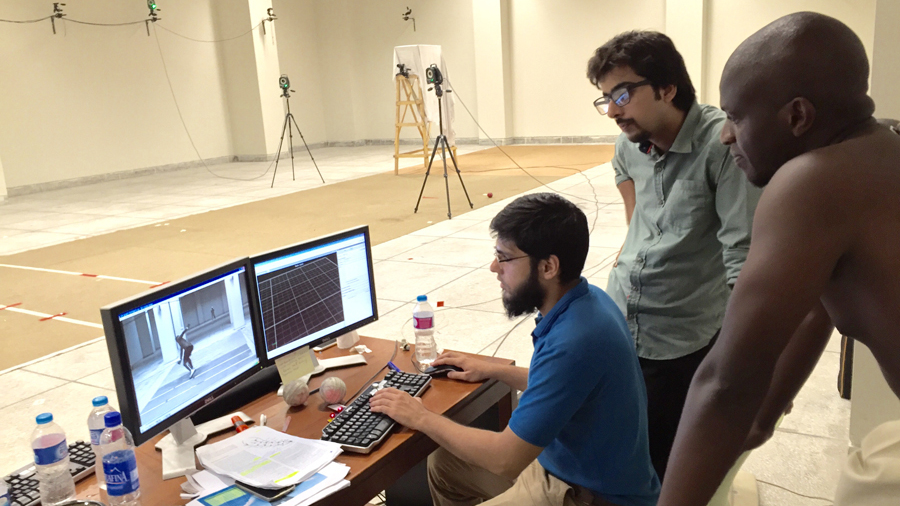 The PCB’s independent biomechanics facility, installed at the Lahore University of Management Sciences (LUMS), is in line to obtain accreditation from the ICC. The testing facility has been acknowledged by the world body after two officials from Pakistan underwent a two-day workshop in Pretoria last month.

The facility has fulfilled the technical requirements in terms of equipment and expertise to procure official accreditation. It operates with 16 motion-capture high-speed infrared cameras and two high-speed video cameras in compliance with the ICC’s requirements. Other mandatory preconditions laid down by the global body include the availability of an indoor area with enough space to allow a player to perform their full run-up, a three-dimensional motion-analysis system with a minimum of 12 high-speed cameras, along with the recruitment of qualified personnel experienced in using such systems and implementing the ICC testing protocol.

So far, LUMS has been implementing its own model of assessment on cricketers but the ICC required it to align with the governing body’s protocol that mandates quality checks and calibrated trials during assessment using specialised kit. Professor Mian Awais, Head of the biomechanics facility at LUMS, and PCB representative Hissan ur Rehman attended an exclusive two-day workshop – involving four sessions primarily aimed at introducing the ICC protocol regarding bowling assessment and data processing – at the High Performance Centre in the University of Pretoria, to oversee the administration of the test centre.

The idea of reviving the biomechanics lab came up after Pakistan found themselves saddled with several cases of suspect bowling actions in the recent past. Among the high-profile internationals to have undergone reassessment for illegal action, Mohammad Hafeez has returned with a remodelled action, as has Saeed Ajmal – the latter, however, has been a diminished force and has not played for Pakistan since 2015. According to the PCB, the stock of offspinners available at the domestic level also includes a significant number with suspect actions.

In 2015, the ICC accredited five centres around the world – in Brisbane, Cardiff, Loughborough, Pretoria and Chennai – as testing facilities for the global body with a view to reviewing bowlers reported for suspect bowling actions. The PCB initiated the process of establishing the biomechanics facility in the country by entering into a partnership with LUMS – where equipment worth USD 460,000 had been lying unused from 2008 to 2016 – as it needed to have an independent testing facility of its own.

Pakistan could have been the first Asian country to have a high-profile biomechanics facility, but construction of the laboratory and financial mismanagement impeded its progress. LUMS, however, helped make up for lost time by re-gathering the equipment and making it functional by conducting tests on over 20 domestic cricketers so far. The centre has also tested the Kenya offspinner James Ngoche, whose bowling action was declared illegal by the ICC in 2015.