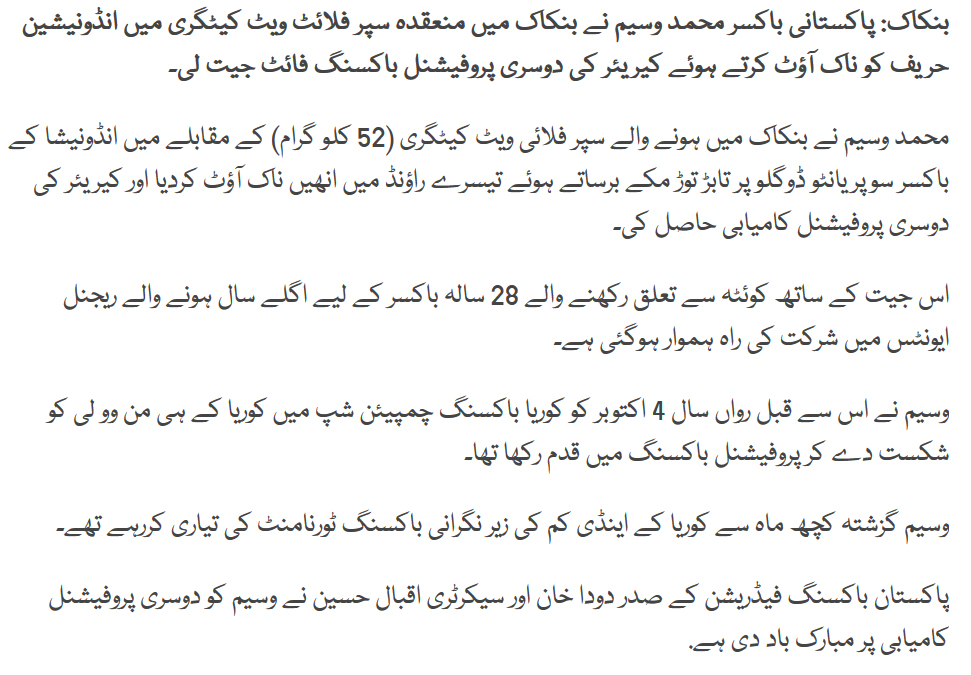 Former amateur super flyweight standout Muhammad Waseem (2-0, 2 KOs) of Pakistan stopped Suparyanto Doglo (7-3-1, 4 KOs) of Indonesia in the third round on Saturday night in Bangkok, Thailand. The special ten round featured attraction was the only boxing match on the traditional King’s Cup muay thai show, an annual celebration of the King of Thailand’s birthday. Onesongchai promoted the event. Waseem is on the fast track and his promoter Andy Kim (AK Promotions).stated that Waseem is likely to fight for a major regional title in his next bout in early 2016. Waseem is currently the only Pakistan-born professional boxer.

Professional Boxer Waseem up Against Indonesian Suparyanto Doglo in Bangkok

Waseem is positive about owning the second fight of his professional career. This win will open larger competitions such as Pan Asian Boxing to him.

Waseem has been playing under the Korean-based AK Promotions for the last few months with Andy Kim as his promoter.