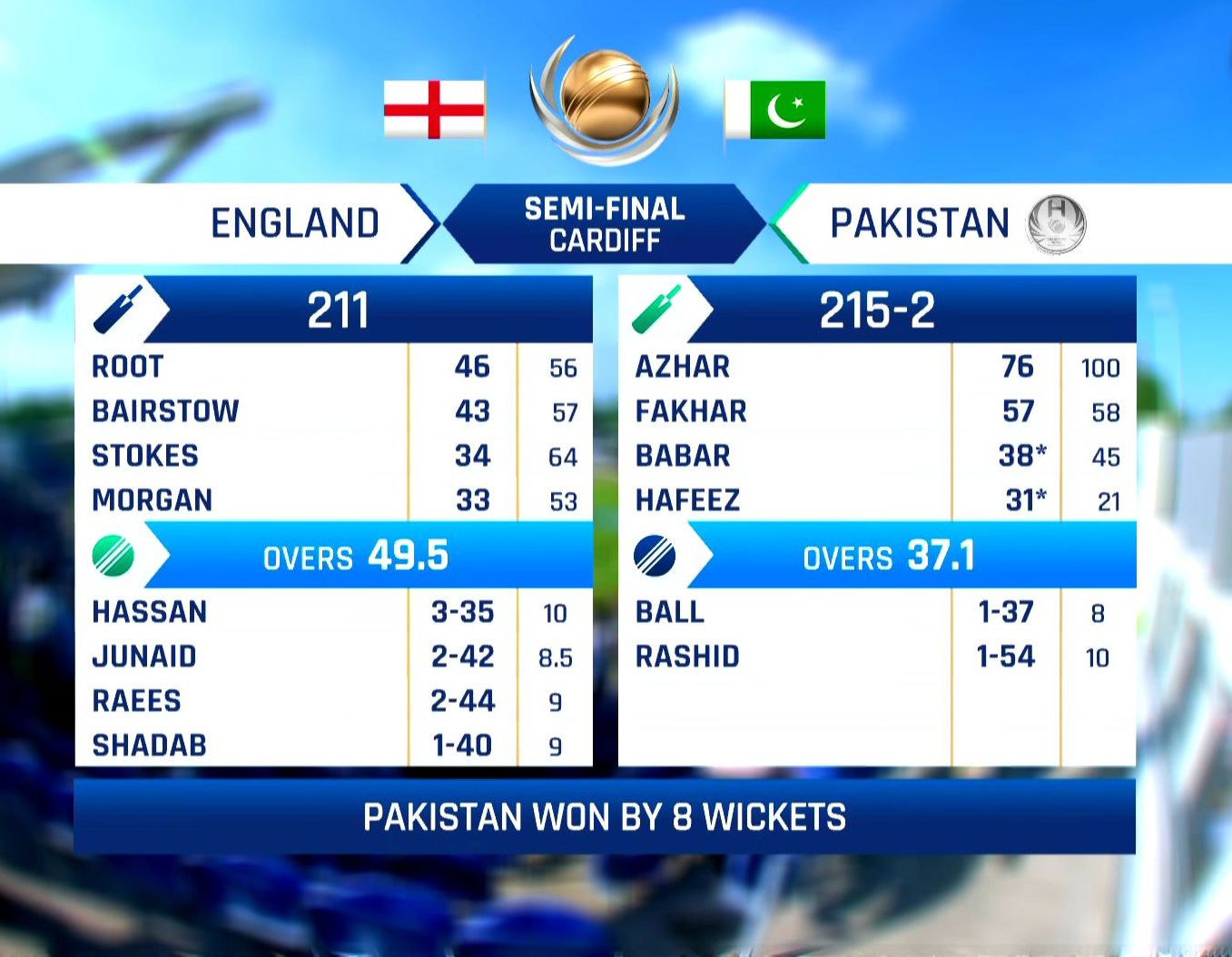 For the first time ever, Pakistan has qualified for the Champions Trophy final, after thrashing England by eight wickets in the all-important semi-final in Cardiff on Wednesday.

They will now play the winners of Thursday’s second semi-final between India and Bangladesh at Edgbaston in Sunday’s final at the Oval. 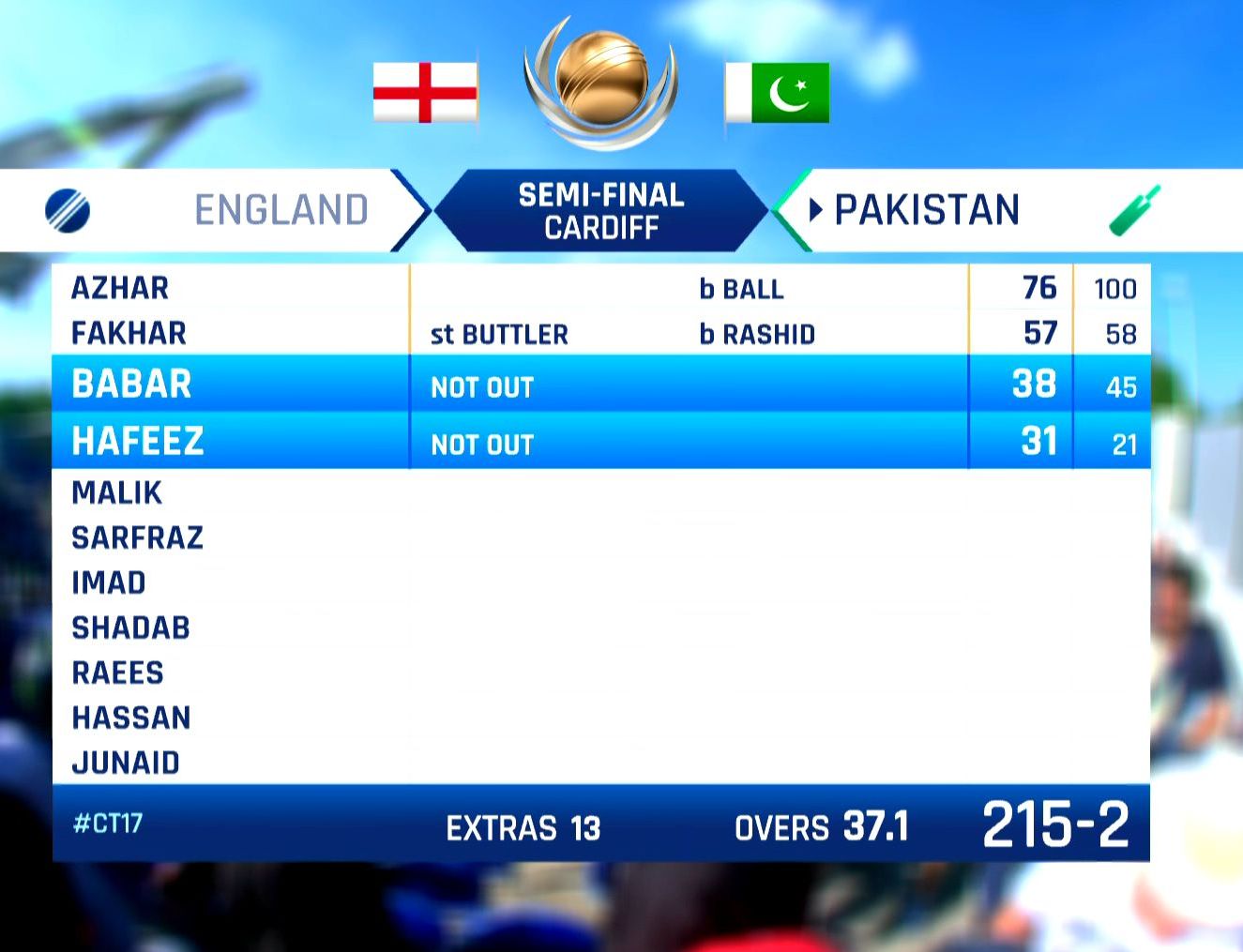 When Mohammad Hafeez pulled Ben Stokes for four, Pakistan had won with a whopping 77 balls left in their innings.

But the real damage was done in the field as Pakistan held tournament hosts England, the only side who won all their three group games, to just 211 all out.

Hasan Ali took three for 35 in an innings where England didn’t manage a single six and none of their batsman made fifty after Pakistan captain Sarfraz Ahmed won the toss and sent them into bat on a used pitch.

Hasan Ali was man-of-the-match for his outstanding performance with the ball.

Before the start of the tournament Pakistan ranked at number eight, way below England.