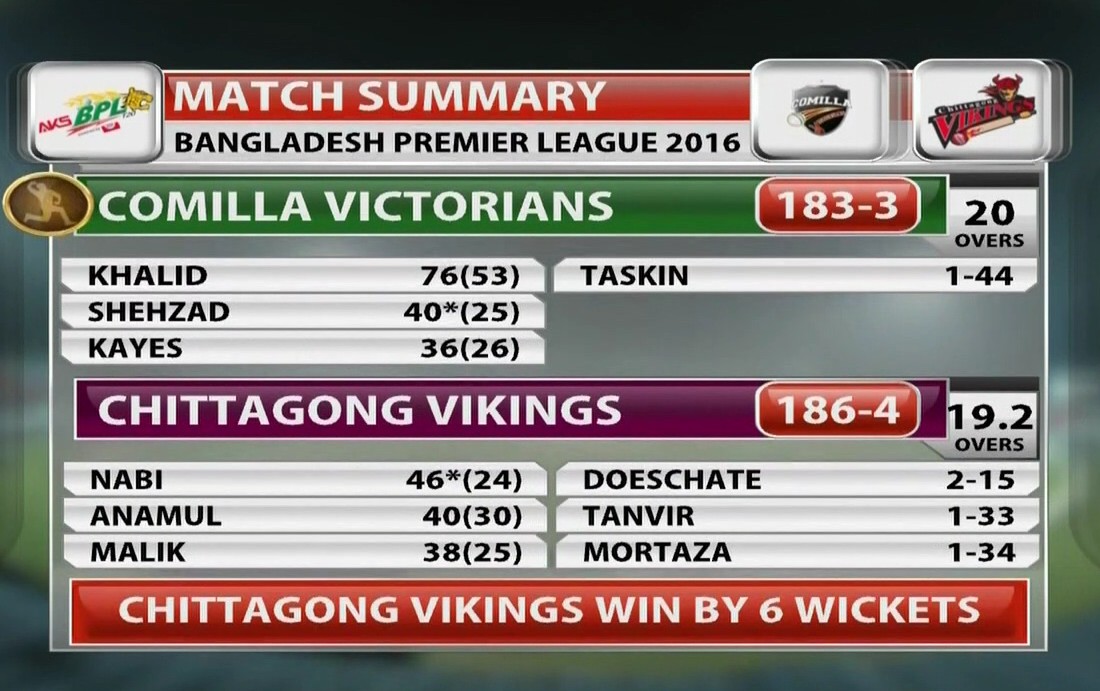 Once again, it was Afghanistan cricketer Mohammad Nabi who took his side to the finishing line with four deliveries to spare. The right-hander remained unbeaten on 46 off just 24 balls with five fours and two sixes.

With that said, it was a collective effort from Chittagong as almost all the batsmen chipped in with vital contributions. Anamul Haque was the second highest scorer with 40 off 30 balls while Pakistani Shoaib Malik added 38 off 25 deliveries. Skipper Tamim Iqbal scored 30 at the beginning of the innings, making things easy for the port city outfit. 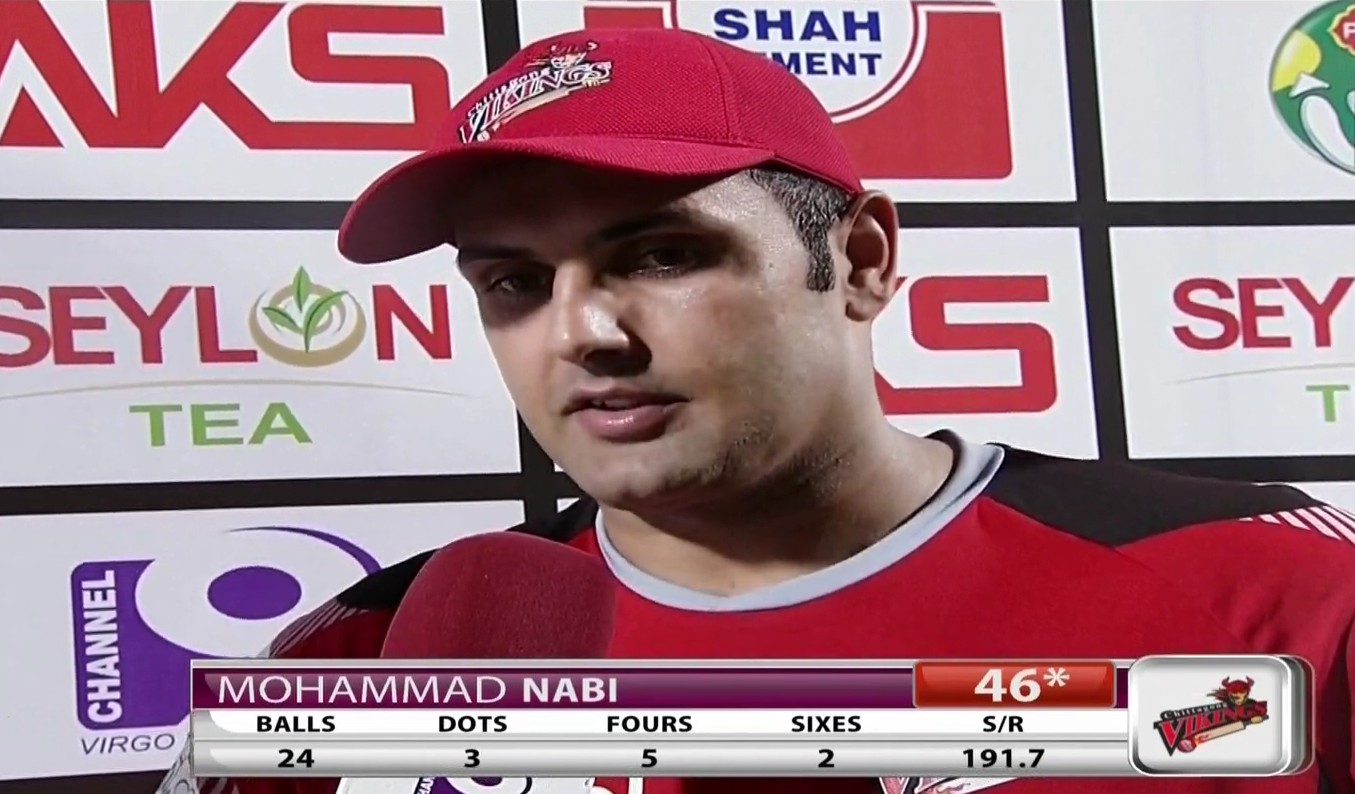 In what is turning out to be a stop-start campaign, Chittagong recorded their third win in seven matches while Comilla’s miseries continued as they suffered their sixth defeat in the same number of outings as the former.

Earlier, Comilla made a blistering start after taking first guard with Pakistani Khalid Latif smashing a magnificent 76 off 53 balls, featuring six fours and five sixes, thus laying the foundation for a big total.

Fellow Pakistani Ahmed Shehzad struck a quick-fire 40 off just 25 balls with five fours at the end to help his side post a challenging total. However, it was not enough for Comilla at the end.

Following the defeat, it will be a tough ask for the holders to qualify for the playoffs.
Chittagong on the other hand know that a few wins from here on in might just be enough for them to sneak through to the last four.