The Karachi Kings trounced Islamabad United by 45 runs, knocking the reds out of the Pakistan Super League (PSL) at Sharjah on Wednesday.

Wickets dropped like flies for United who were set a 127-run target by the Kings during the 22nd match of the PSL this season.

With this victory, Karachi has qualified for the last playoff.

The flurry of wickets ─ courtesy leg spinner Imad Wasim, Muhammad Amir and Usama Mir who took three each ─ left Islamabad at a disappointing 82 all out, 45 runs short of their target. Wasim was awarded Man of the Match.

The innings kicked off with a stunning upset as Dwayne Smith was caught out early by Kings captain and wicket keeper Kumar Sangakkara off a delivery by Amir, who went on to bowl BJ Haddin out and got Rumman Raees caught out by Pollard. 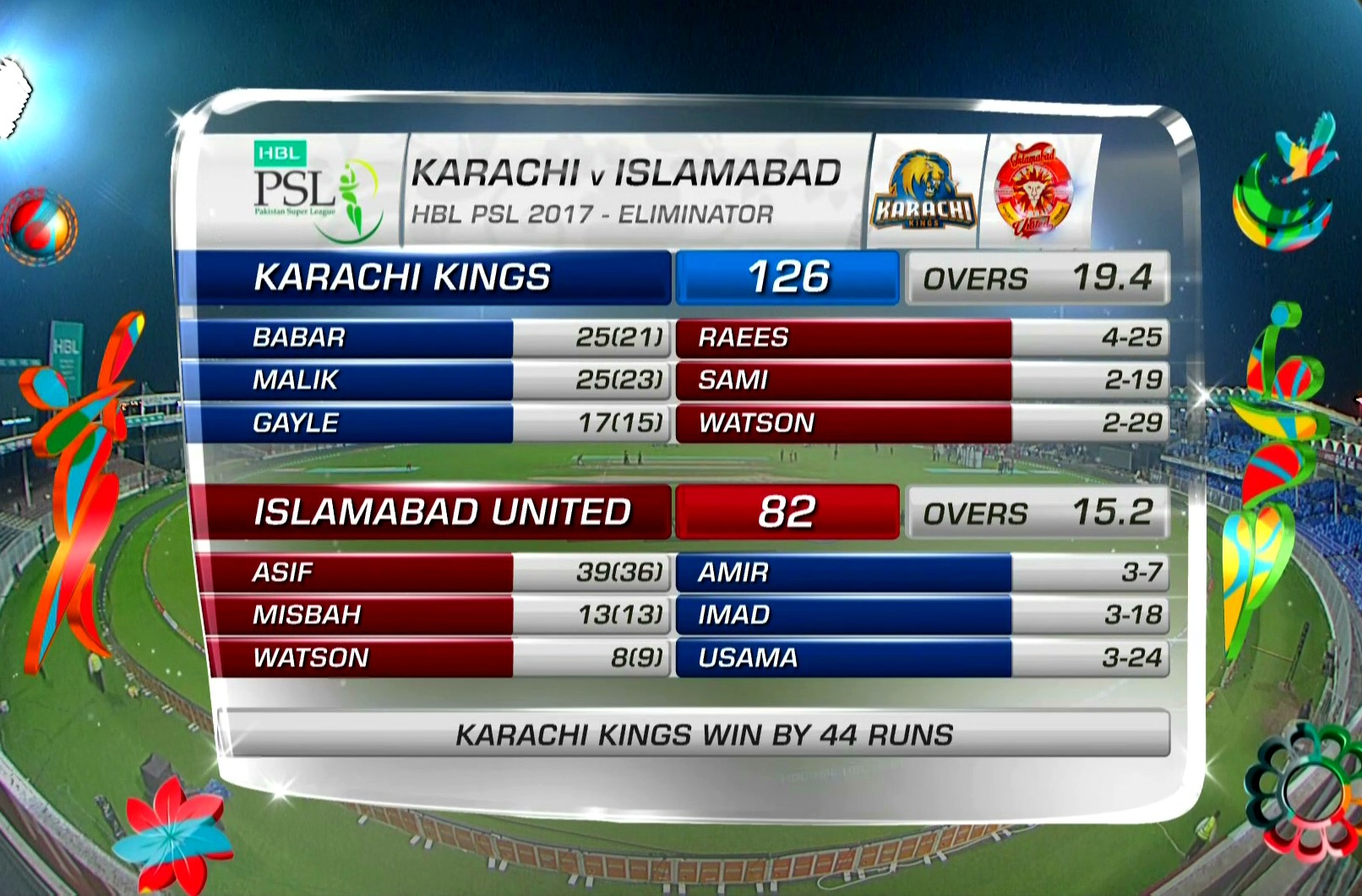