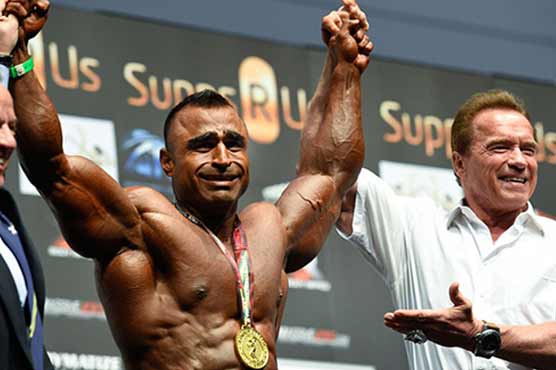 According to the details, Anwar is a professional Pakistani bodybuilder who participated in a competition held at the Arnold Classic, The Melbourne Convention and Exhibition Centre.

World famous bodybuilder, actor and former governor of California, United States (US) Arnold Schwarzenegger declared Anwar the winner of the competition and posed with him.