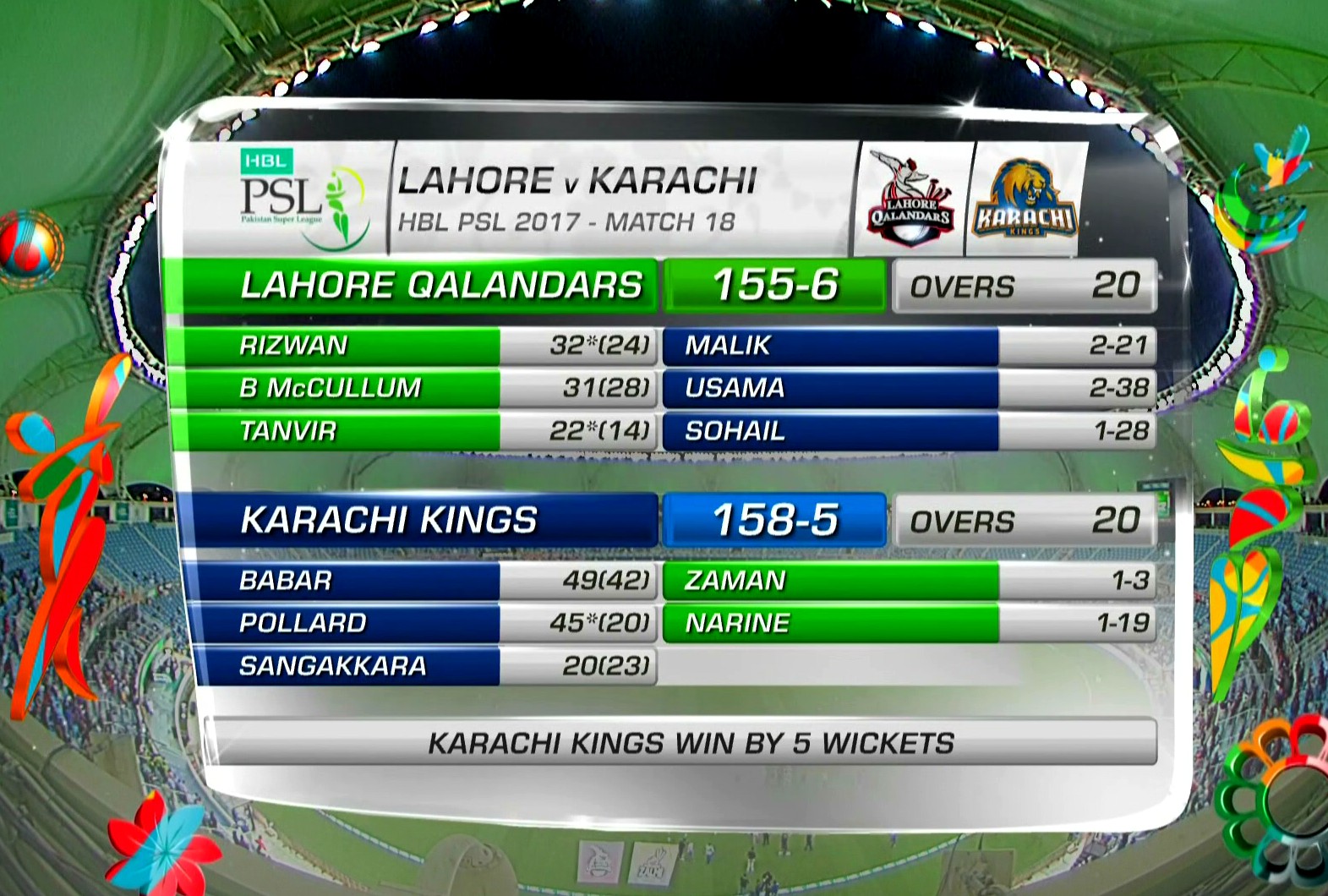 DUBAI: West Indian batsman Kieron Pollard smashed two sixes off last two deliveries of the final over to take his team to a 5-wicket win against Lahore Qalandars and keep Karachi Kings alive in the second edition of the Pakistan Super League on Saturday.

Kings needed 14 off the final over and 10 off last two balls as Pollard smashed Aamer Yamin for a six to long-off on 5th delivery and then on deep mid-wicket for another sixer to complete the victory for Karachi Kings. 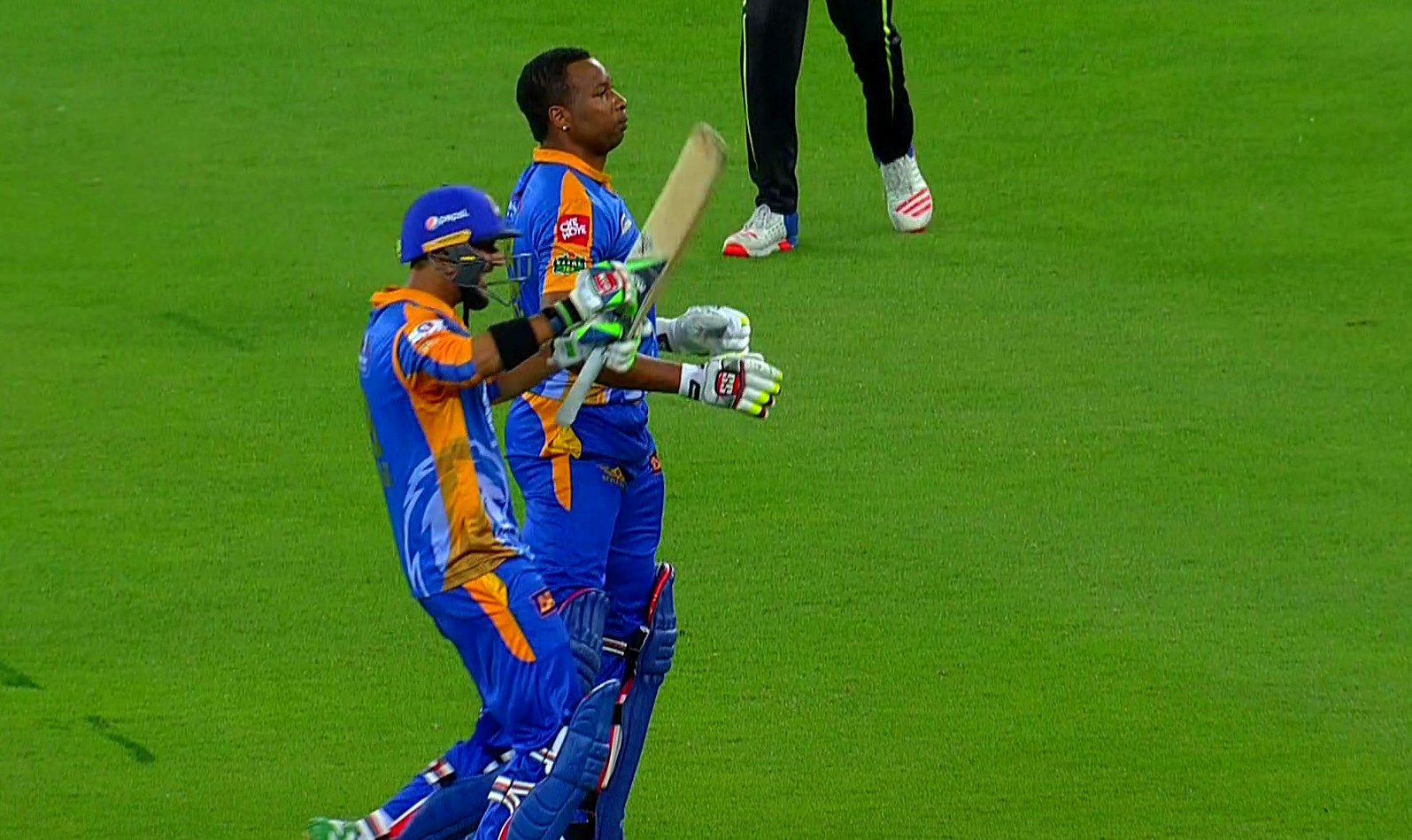 Pollard smashed four sixes and one four to score 45 off just 20 deliveries, Imad Wasim remained not out after scoring 19 off 14.

Chasing a target of 156, Kings were provided a solid base by opener Babar Azam, who scored 49 off 42 deliveries, stroking seven boundaries. 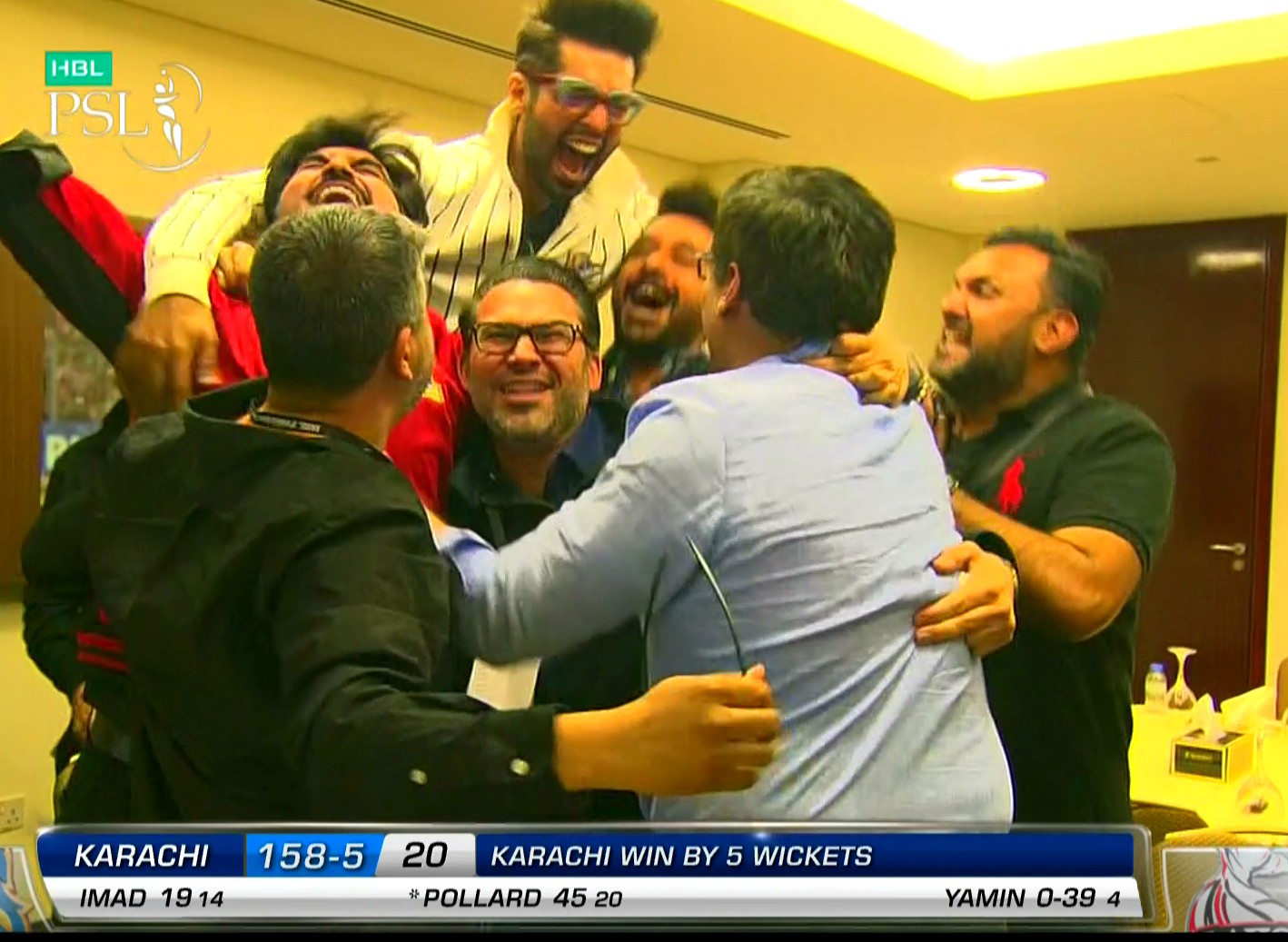 Earlier, responsible batting display by Mohammad Rizwan and Sohail Tanvir helped Lahore post 155-6 in 20 overs after they were invited to bat first by Karachi Kings who won the toss. 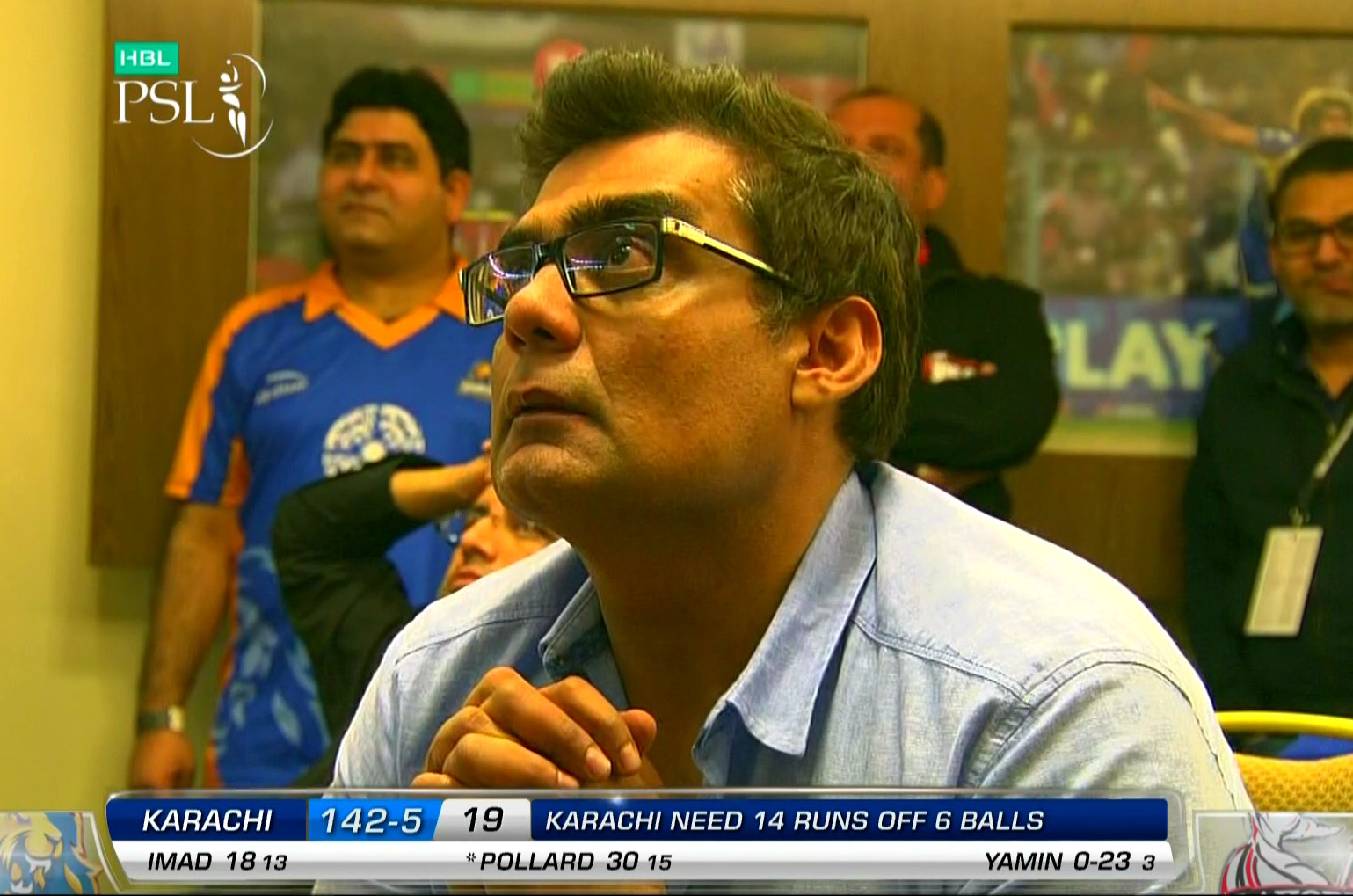 With this win, Karachi are now in strong position to qualify for the play-off, but it is still not all over for Lahore Qalandars and they will be hoping for Islamabad United to beat Karachi Kings by a huge margin on Sunday.

Quetta Gladiators and Islamabad United are already through to the playoffs.