A solid 97-run partnership between Kamran Akmal and Dawid Malan ─ propped up by nine fours and four sixes off the first 10 overs ─ was reportedly the best opening stand for the Zalmi in the PSL. 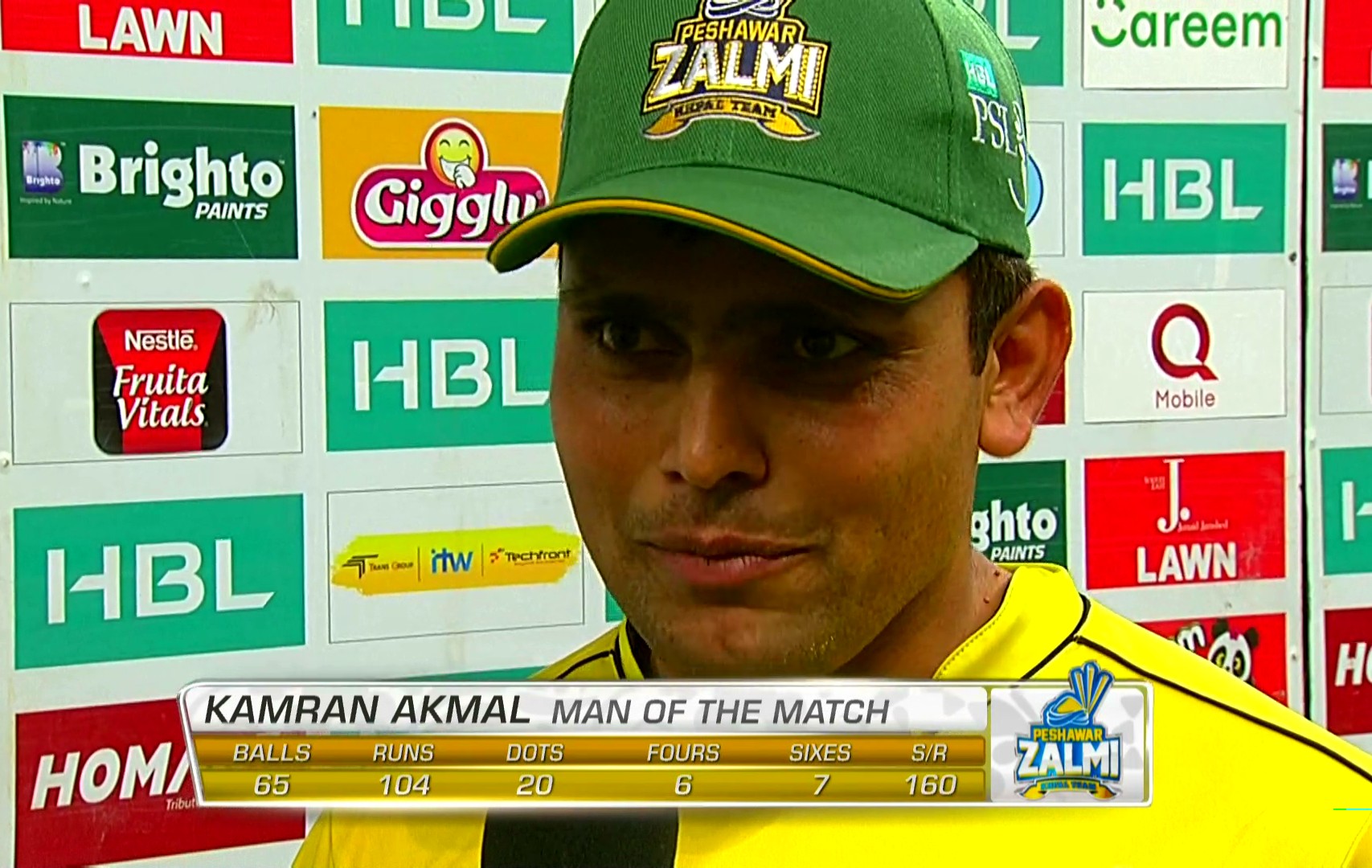 Akmal, who smashed a century off 60 balls ─ the first century this season ─ also hit a personal milestone of 4,000 Twenty20 runs this innings. He was awarded Man of the Match.

The uninspired second innings played by the blue shirts was dotted with dot balls and singles, with middle-order wickets falling thick and fast. The blue shirts’ count of 23 runs during the powerplay is the lowest score in a powerplay in PSL history.

The high-scorers for the Kings were Chris Gayle and Kieron Pollard, with 40 and 47 runs respectively, but even the West Indian batsmen were unable to salvage what was left of the innings after early wickets fell quickly.

Speaking to Ramiz Raja after the match, Sammy agreed the game was an “emotionally draining” one.

“Kamran played an amazing innings… Polly [Pollard] and Gayle started the revival, but we held our nerve. It’s good to win a tough one,” Sammy said.

Kings captain Sangakkara praised his team for their effort. “I’m very proud of the Karachi boys. It was an outstanding fightback from almost being out of the tournament to playing the semi. Zalmi played an outstanding game today.”

“Kamran batted beautifully, put a lot of pressure on us. Our bowlers also did well. We didn’t have any partnerships to start off with, and the first six overs are crucial. You need to take at least one or two wickets if you’re bowling,” he said.

“It’s great that cricket is going back to Pakistan,” he added. Today’s match was Sangakkara’s 100th T20 match as a captain. 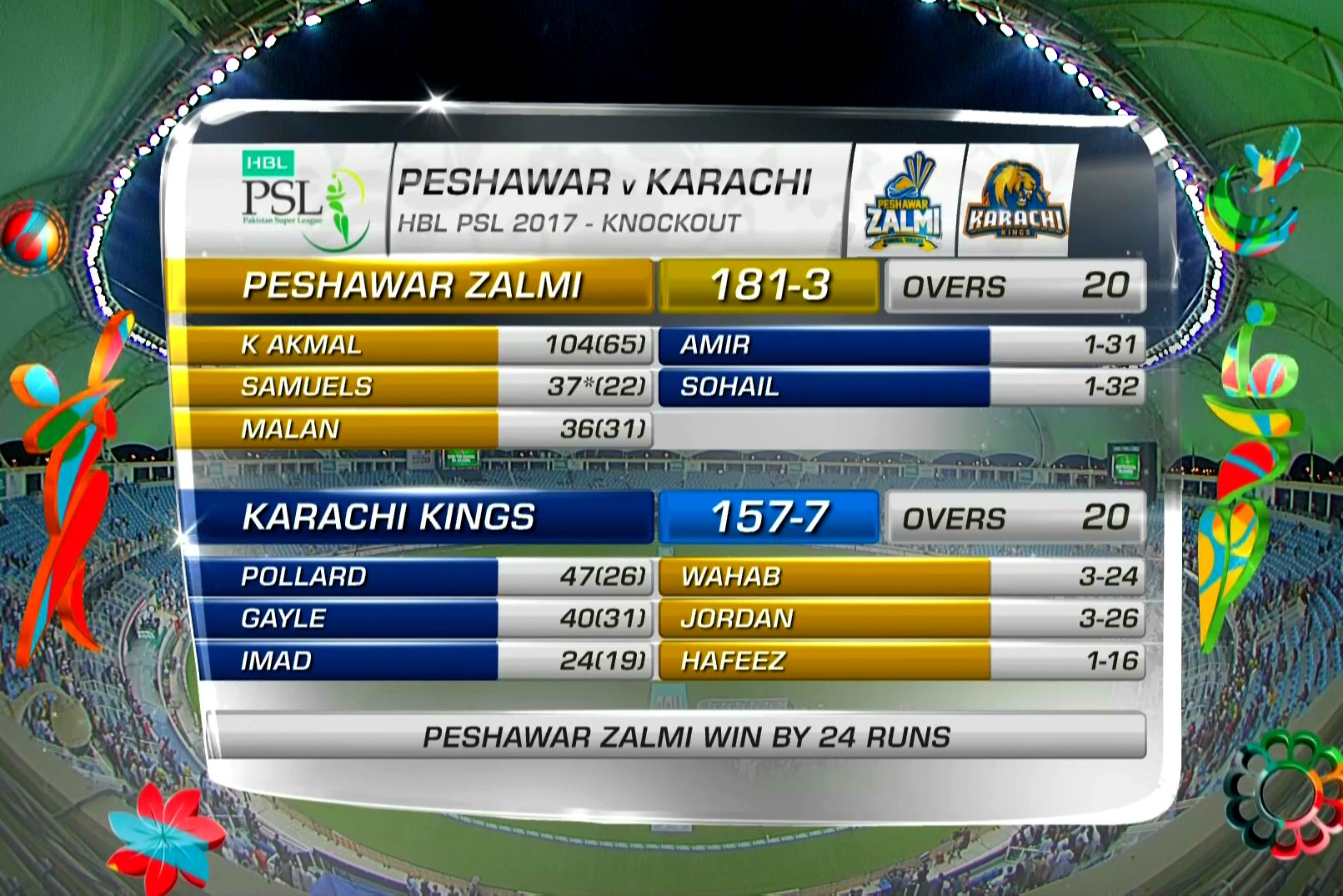