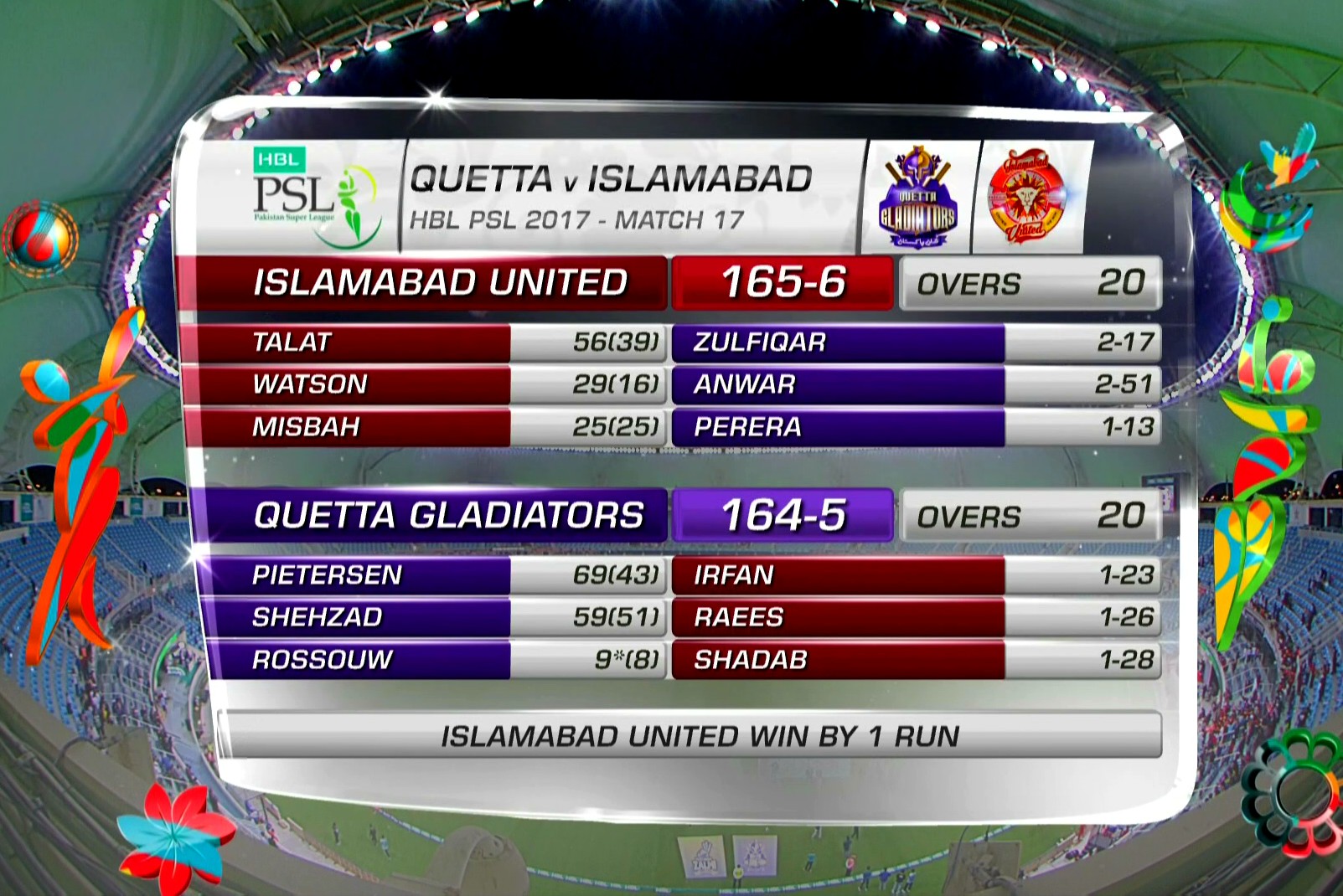 DUBAI: Fast bowler Muhammad Sami delivered one of the best spells of T20 Cricket to defend 5 runs off the last over to help Islamabad defeat Quetta Gladiators by 1 run, and confirm a berth to playoffs of Pakistan Super League.

Quetta needed just five runs off last over with six wickets in hands but Anwar Ali and Rilee Rossouw failed to complete the victory for Quetta.

Chasing a target of 166 in 20 overs, Quetta were provided a solid base by Ahmad Shahzad and Kevin Pietersen, but despite coming so near to the victory, Gladiators fell short.

Pietersen smashed three sixes and six boundaries to score 69 off 43 deliveries. Ahmed Shahzad stroked five boundaries and one six on his way to 59 off 52 deliveries.

The duo of Ahmad and KP added 133 runs for the second wicket after Quetta lost the wicket of Asad Shafiq cheaply with just 16 runs on the board.

Earlier, Islamabad scored 165/6 after being invited to bat first by Quetta Gladiators, thanks to half century by young Hussain Talat.

Hussain scored 56 off 39 deliveries, with the help of two sixes and six fours. Islamabad United’s scorecard was boosted by same late fireworks by Shane Watson and Brad Haddin.

Haddin scored 22 off 16, while Watson smashed two sixes and two boundaries for 29 off 16.

After the win, captain Misbahul Haq said: “We were under pressure for 18 overs but that’s cricket. We held our nerves, stuck to a plan and thanks to Allah it worked out.”

Regarding giving the last over to Sami he said, “He’s a proven match winner and if there was someone we can turn to bowl the last over it was him with all of his experience and it turned out to be the right decision.” 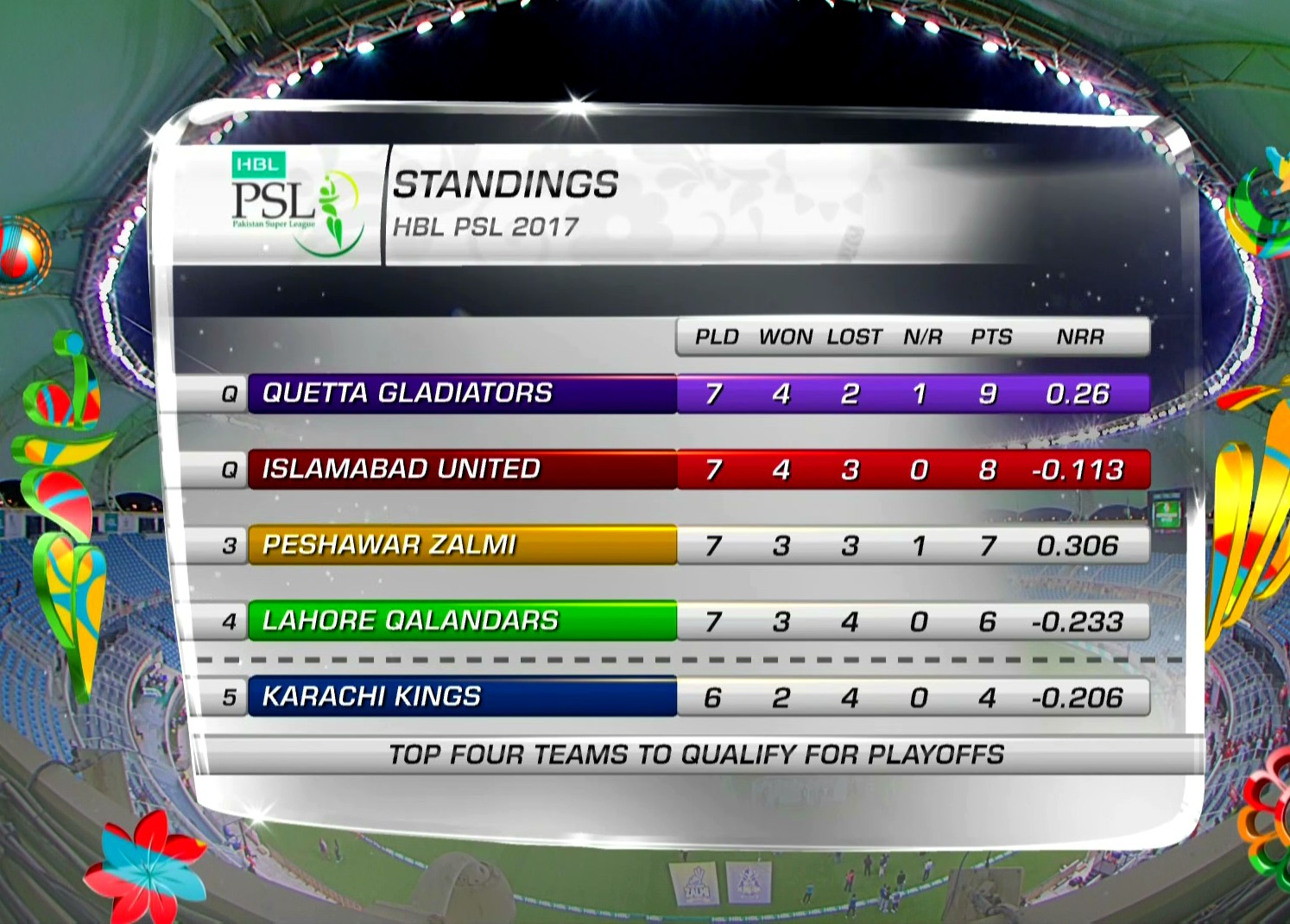