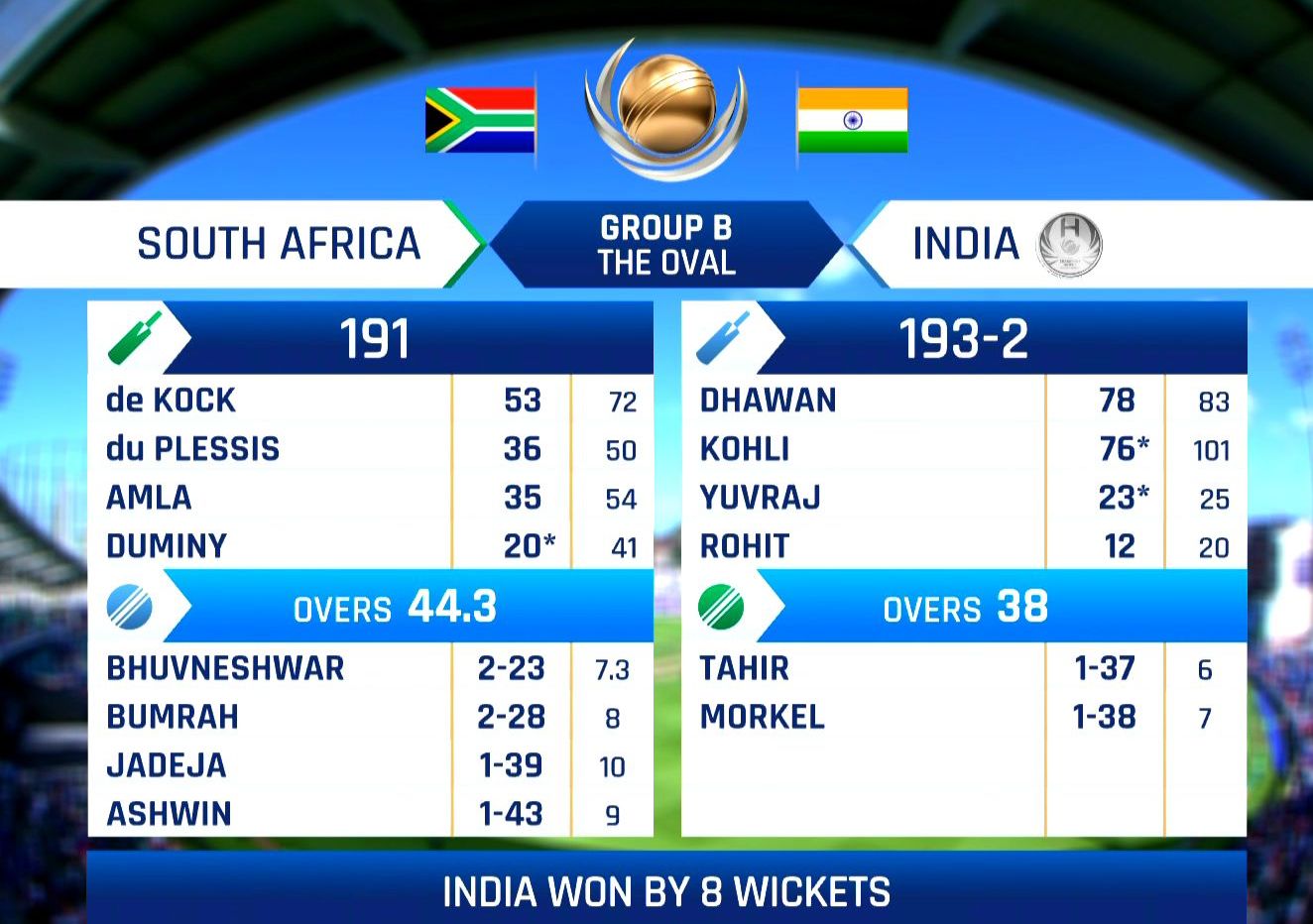 Kohli’s side avoided the embarrassment of an early exit as they survived a do or die showdown to advance from Group B in style.

Having dismissed South Africa for 191, two-time champions India cruised home with 12 overs to spare at The Oval.

In-form opener Dhawan was the key figure with 78 from 83 balls, including 12 fours, while captain Kohli weighed in with a typically elegant 76.

It was a nerveless performance from India, who had come under fire after failing to defend a total of 321 in their heavy defeat against Sri Lanka.

India join England and Bangladesh in the semi-finals, with the remaining place in the last four going to the winner of Monday’s Group B meeting between Sri Lanka and Pakistan.

Kohli’s men will face Group A runners-up Bangladesh in Birmingham on Thursday as they bid to make the final for the fourth time.

South Africa could have no complaints as they limply departed the tournament after a second successive defeat.

They will need a far more determined effort to prosper when they face England in one-day and Test action shortly. 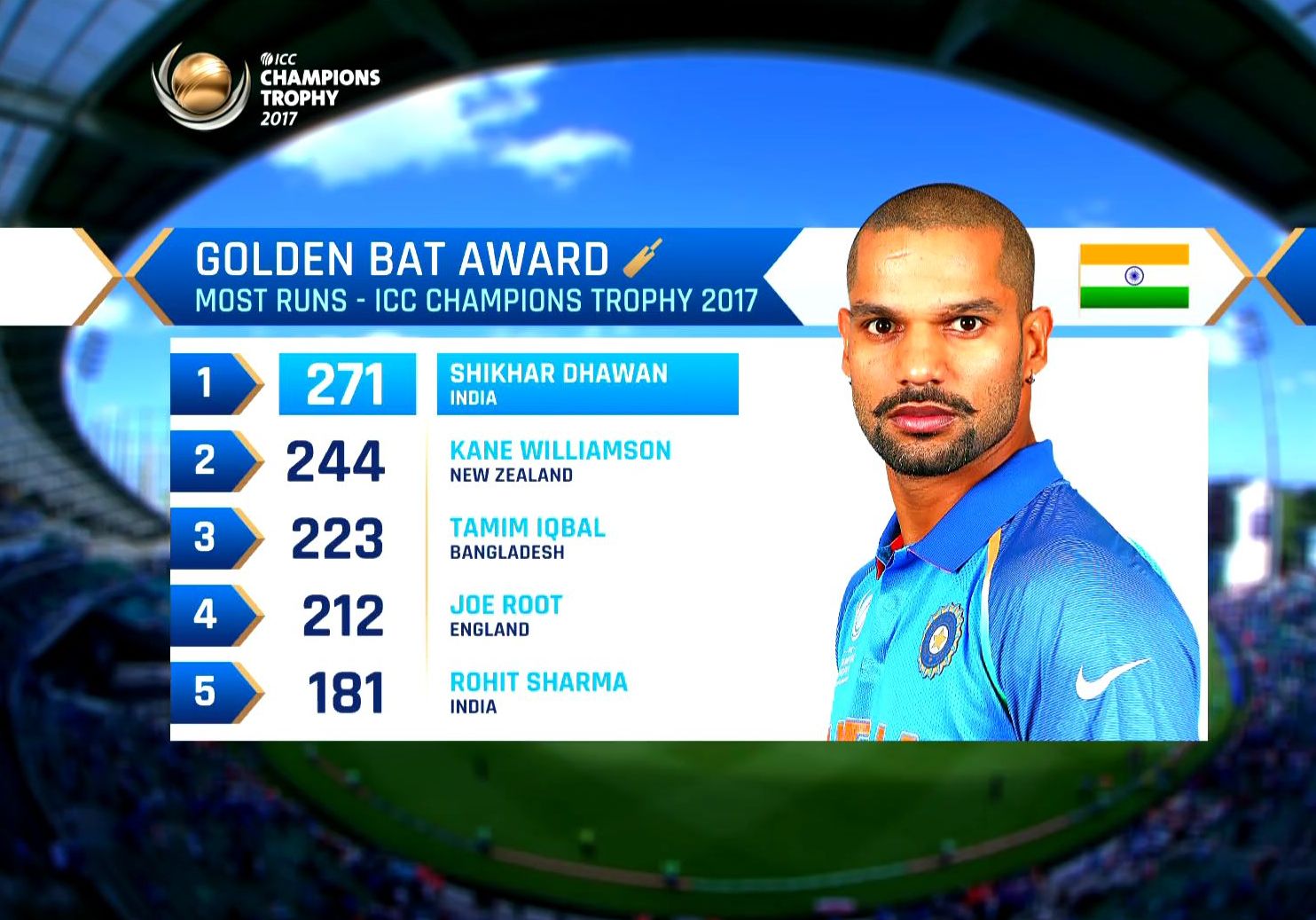