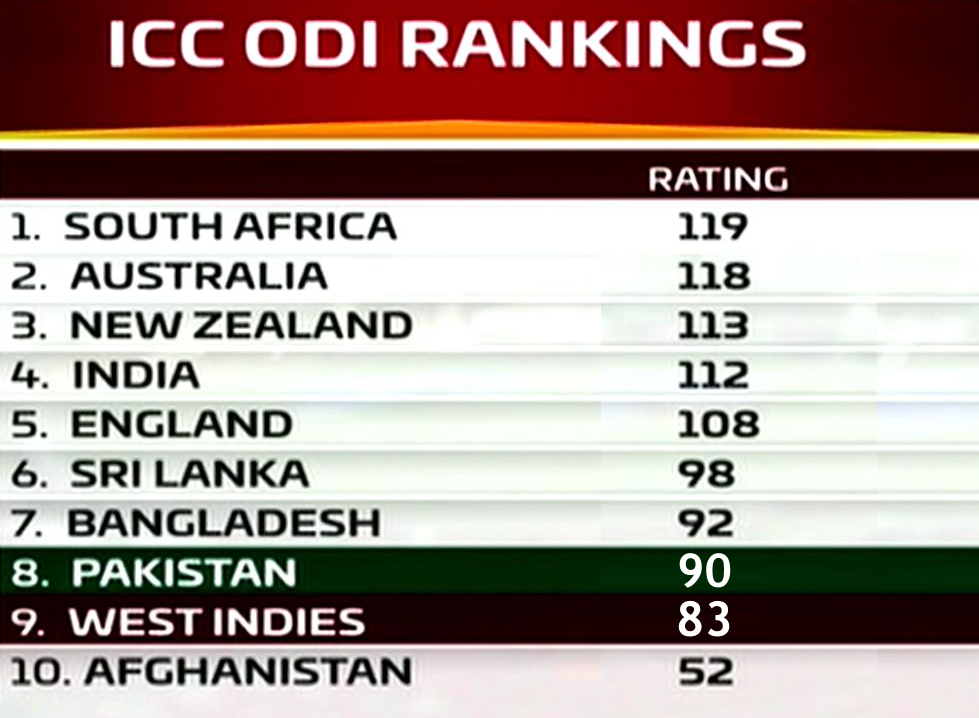 The West Indies and Pakistan have failed to make the most of the opportunity to strengthen their positions for direct qualification to the ICC Cricket World Cup 2019 as their One Day International series ended 2-1 in Pakistan’s favour in Guyana on Tuesday.

The West Indies won the first match with its highest ever chase of 309 but failed to maintain the momentum which could have taken it to 87 points with a 3-0 win, ahead of its rival by a fraction. Pakistan could similarly have moved up to 92 points, edging ahead of seventh-placed Bangladesh by a fraction had it won all three matches.

In the end, there was not too much movement as Pakistan gained one point to reach 90 points on the MRF Tyres ICC ODI Team Rankings to remain in eighth position while the West Indies lost one point to also remain on its pre-series ninth position with 83 points.

This was the final series before the annual update is carried out on 1 May to ensure the table continues to reflect teams’ recent form with older results being discarded. This means that when the ODI team rankings are overhauled on 1 May, the table will reflect all matches from 1 May 2014 with matches played from 1 May 2016 to carry 100 per cent weighting.

The ODI team rankings, unlike the Test rankings, are updated after each match. The ICC ODI predictor function is available here.

Meanwhile, in the MRF Tyres ICC Player Rankings, Pakistan’s middle-order batsman Babar Azam has reached a career-best eighth ranking as his scores of 13, 125 not out and 16 have helped him gain one position. Mohammad Hafeez’s scores of 88, 32 and 81 have lifted him back into the top 20 as he has moved up six slots from 14th position while left-hander Imad Wasim has gained eight positions to reach a career-best 89th ranking.

Hafeez has gained 10 slots to reach 27th position among bowlers with three wickets in the series, also moving ahead of Afghanistan’s Mohammad Nabi to second position in the table for all-rounders. Pace bowler Hasan Ali, who took six wickets in the series including a haul of five for 38 in the second ODI, has gained 14 places to move up to 34th position while Mohammad Amir (up 12 places to 38th) and Imad (up seven places to 39th) have attained career-best rankings

For the “West Indies, Ashley Nurse (up 26 places to 62nd rank) and Shanon Gabriel (up 29 places to 73rdrank) have reached career-best rankings. 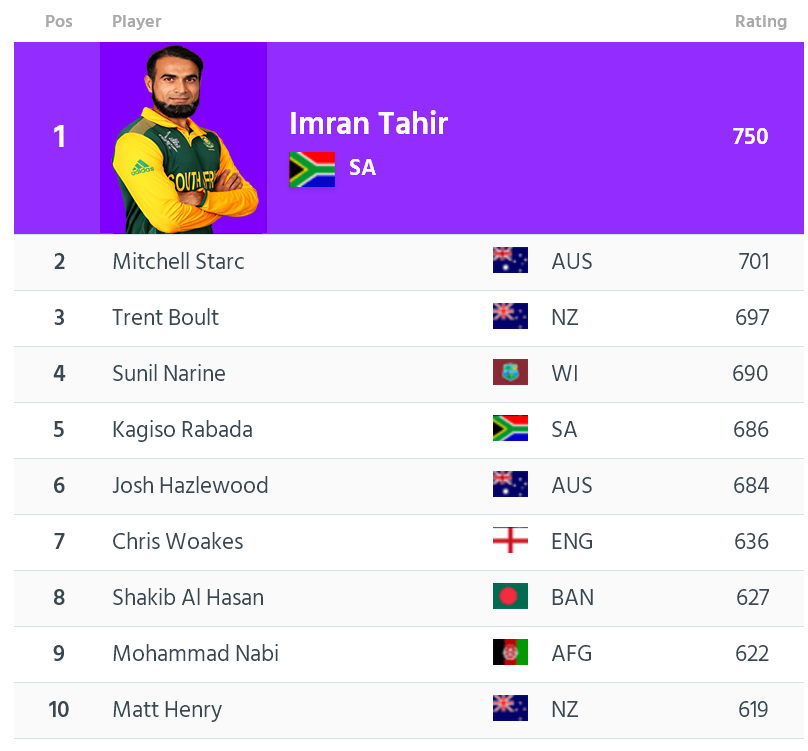