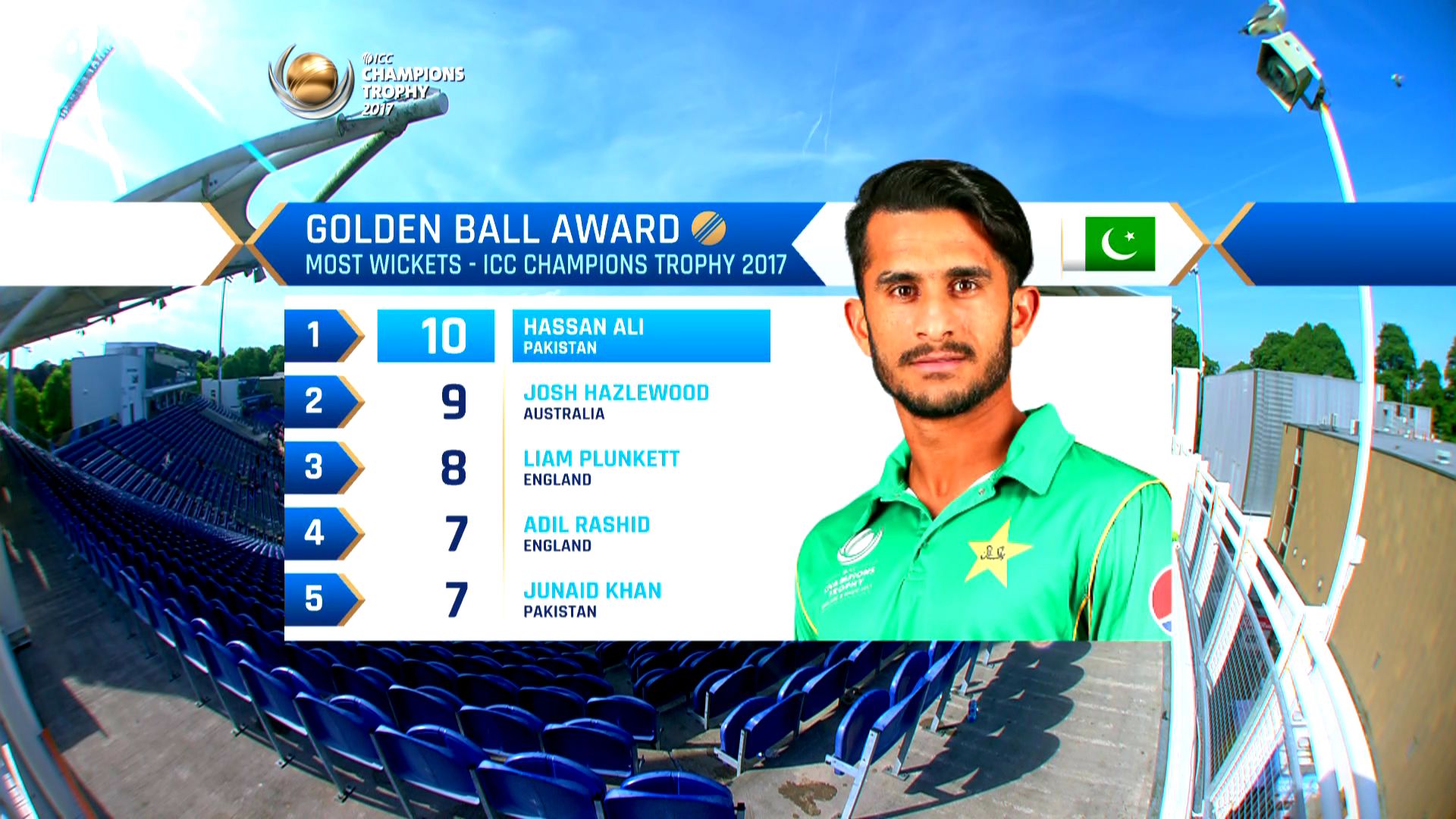 CARDIFF: With already ten wickets to his credit in the ongoing ICC Champions Trophy, Pakistan’s young fast bowling sensation Hassan Ali has become the leading contender of the best bowler of the tournament.

Hassan got the bowling figures of three for 35 in his quota of ten overs in the semifinal against England on Wednesday, which helped Pakistan restrict the hosts for mere 211 runs on the board.

He got wickets of Jonny Bairstow, Eoin Morgan and Ben Stokes. 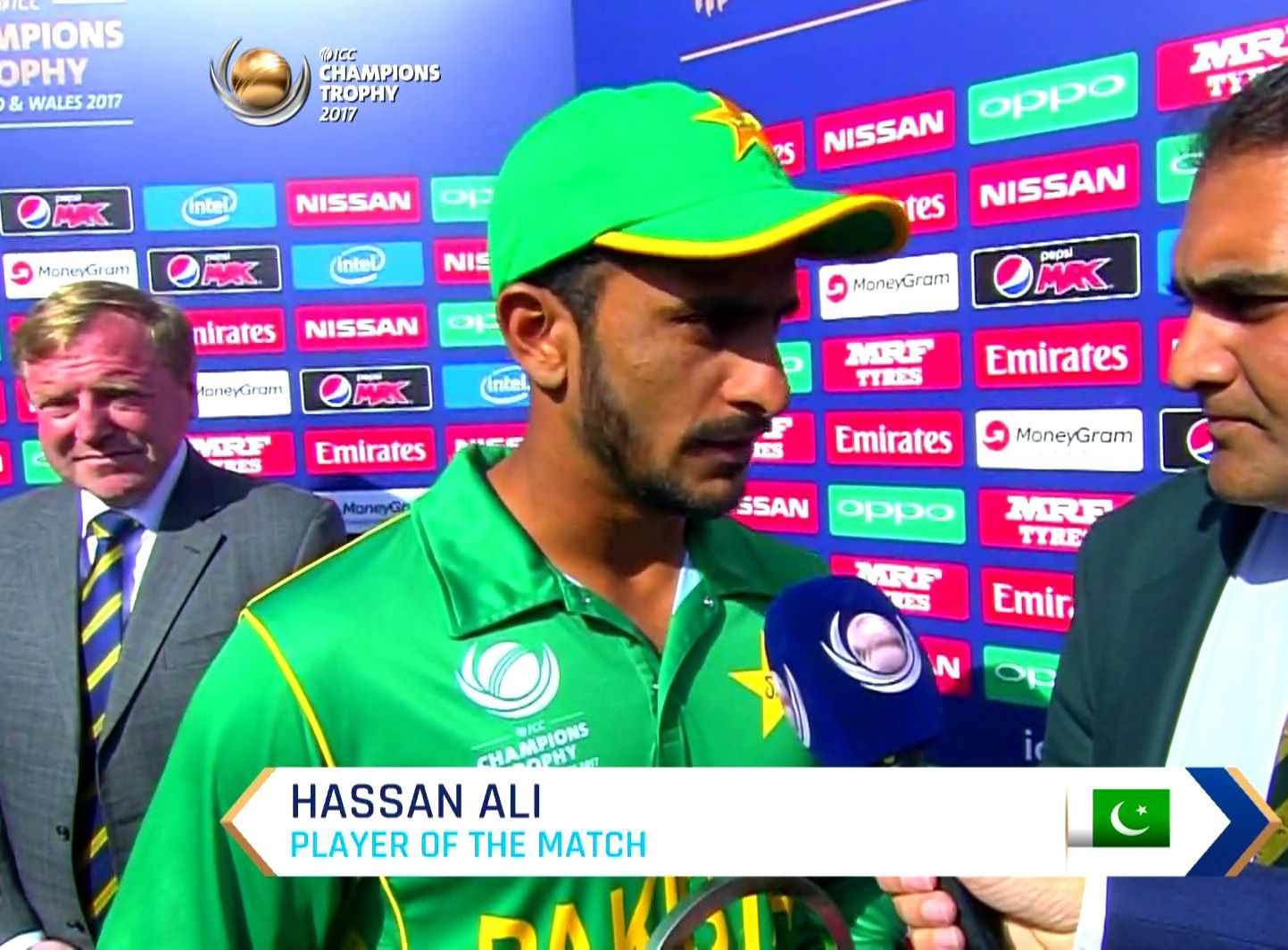 The three-wicket haul helped Hassan pass Australia’s Josh Hazlewood in the list of highest wicket taker of the tournament. The 23-year-old Pakistani bowler has now 10 wickets, one more than the Australian bowler.

Hassan, one of the finds of PSL, had earlier said in an interview to Geo.tv that he is aiming to become the best bowler of the tournament.

“I am under no pressure and looking forward to ending ICC Champions Trophy as the best bowler of the tournament,” Hassan had told Geo.tv before the commencement of the eight-nation tournament.