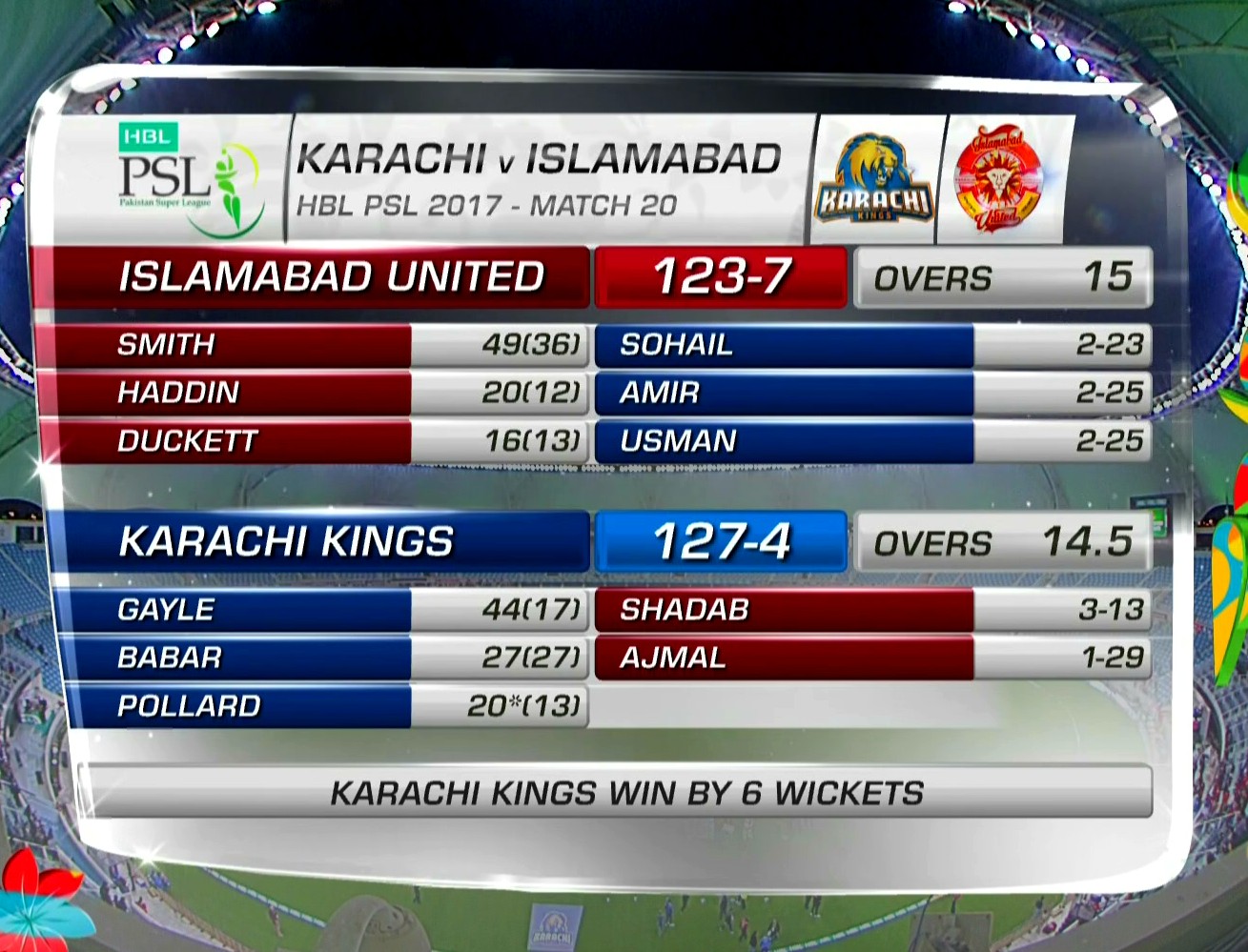 However, Babar Azam continued the flow of runs from the other end until he was bowled by Shadab Khan with a well-disguised googly. 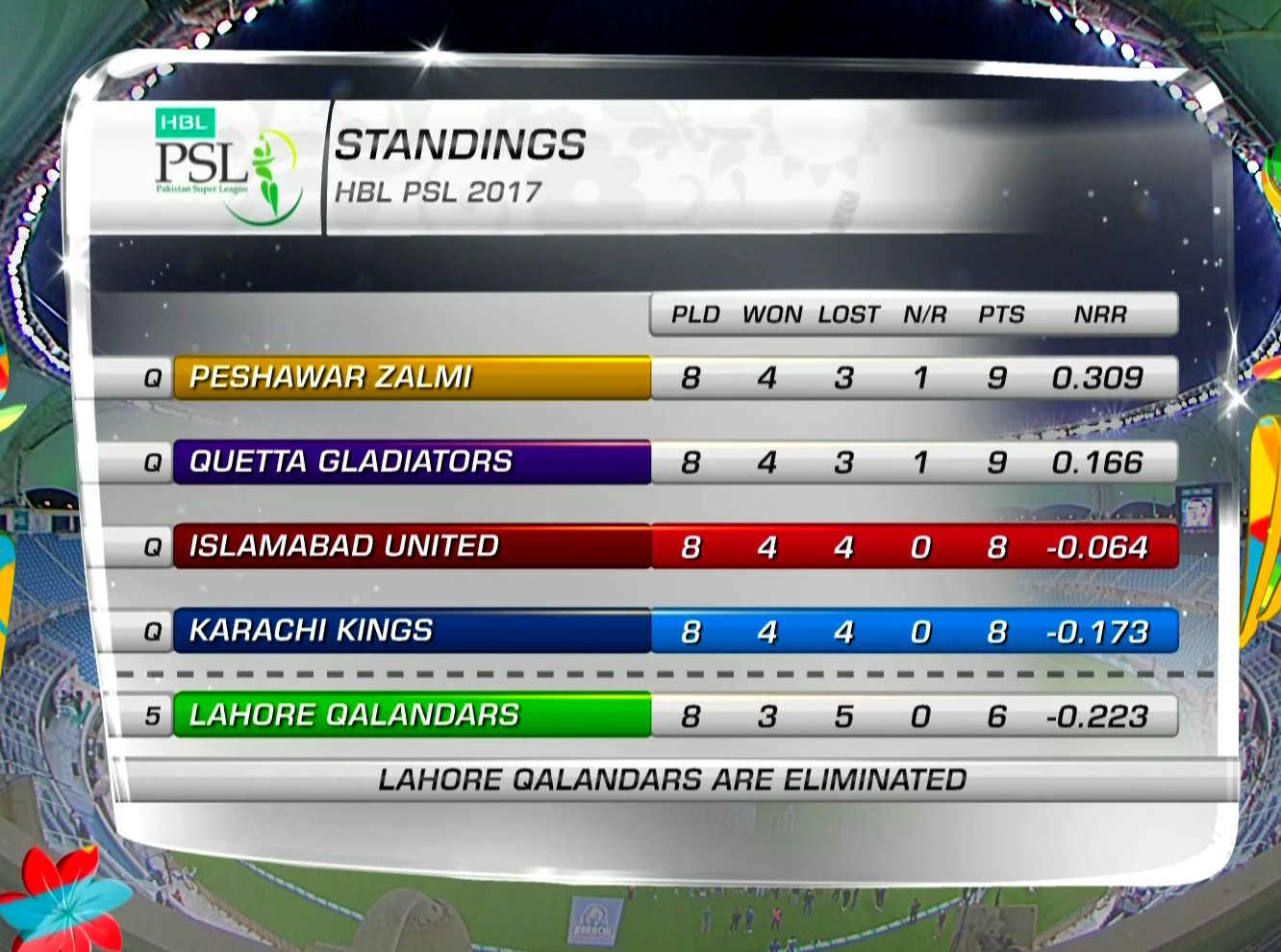 Shadab picked two-in-two which brought hopes alive for United but responsible batting by Kieron Pollard (20) and Ravi Bopara (11) sealed the deal for Kings.

Saeed Ajmal also picked up one wicket but failed to make much impact on the match.

Earlier during the United’s innings, opener Dwayne Smith scored 49 runs but lacked support from the other end as the team failed to get momentum to play aggressively.

Brad Haddin with 20 and Ben Duckett with 16 were the other top scorers.

The match was reduced to 15 overs a side due to rain.

The win has ensured a place for Karachi Kings in the playoffs while Lahore Qalandars have been eliminated from PSL 2.

Chris Gayle was awarded the man of the match award for his match-winning innings.

The first playoff would be played between Peshawar Zalmi and Quetta Gladiators on Tuesday.