Shakib Al Hasan took three late wickets as New Zealand struggled to 260-7 in reply to Bangladesh’s 289 all out on day two of the second Test in Christchurch.

Tim Southee’s five-wicket haul had seen the Tigers dismissed for a modest total on day one, and the hosts looked on course for a commanding lead as half-centuries from Tom Latham, Ross Taylor and Henry Nicholls took them to 252-4.

However, Shakib ran through the middle-order with his left-arm spin before drizzle and bad light forced an early close with the Black Caps 29 behind with three wickets remaining. 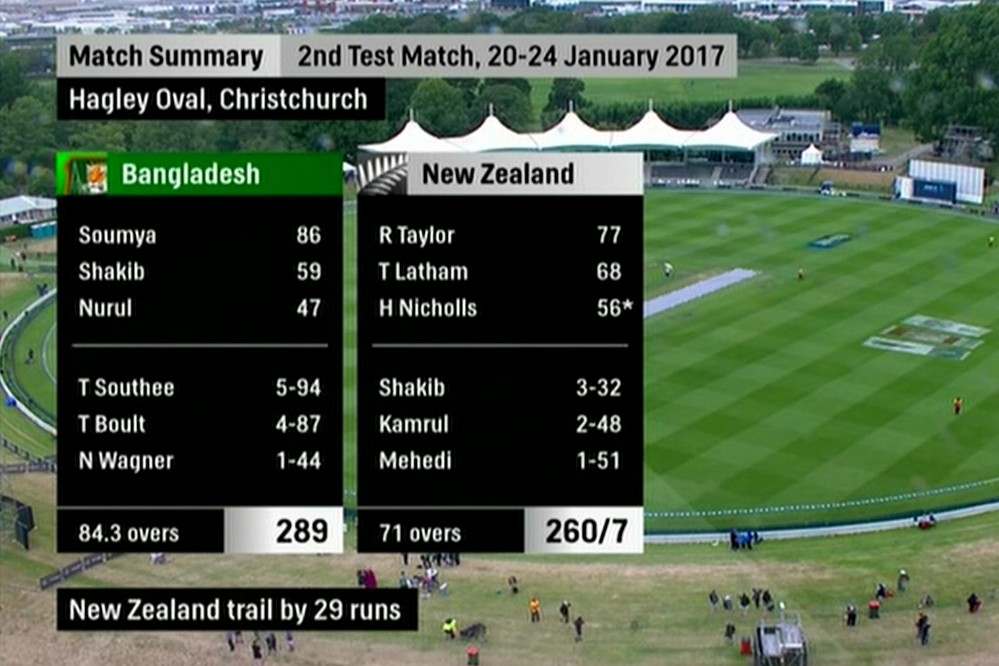