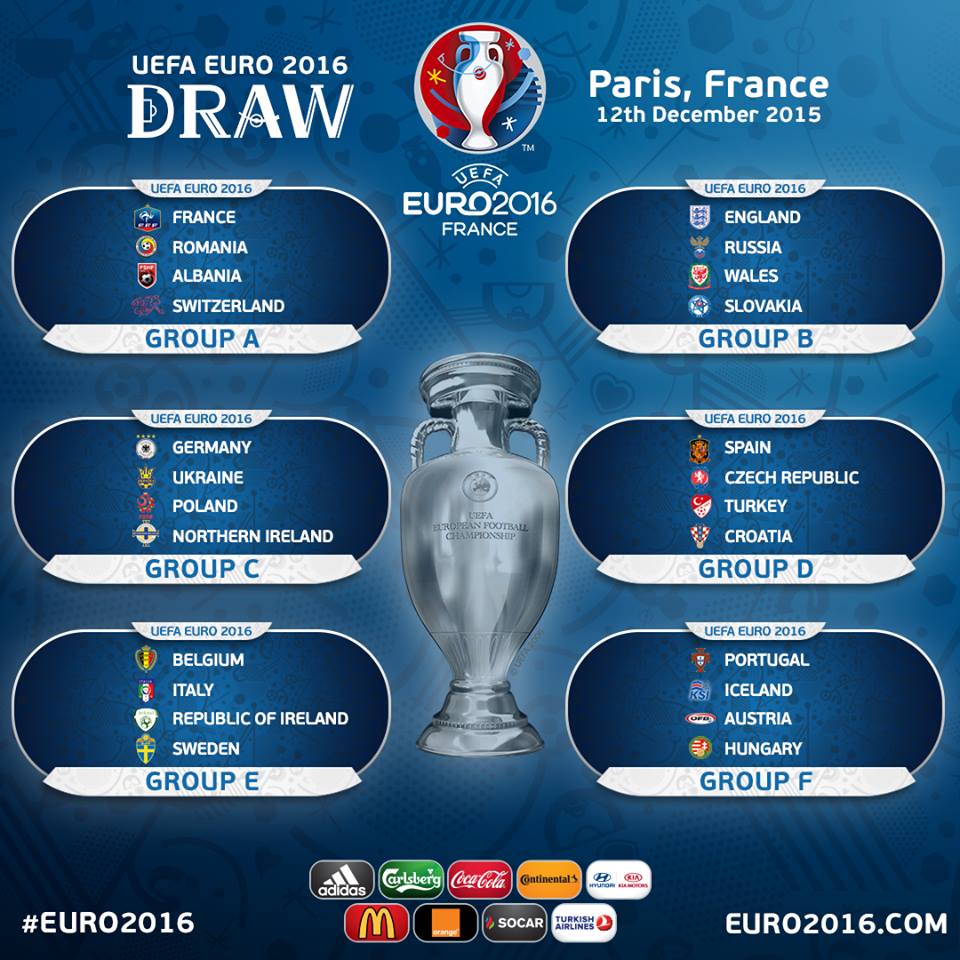 Wales and England will meet at Euro 2016 after being drawn together in Group B for next summer’s finals in France.

Russia and Slovakia are the other teams in their group.
European Championship debutants Northern Ireland are in Group C with world champions Germany, Poland and Ukraine.
The Republic of Ireland are up against the world’s top-ranked side Belgium, Italy and Sweden in Group E.

The first game of the tournament will be at the Stade de France between France and Romania on Friday, 10 June