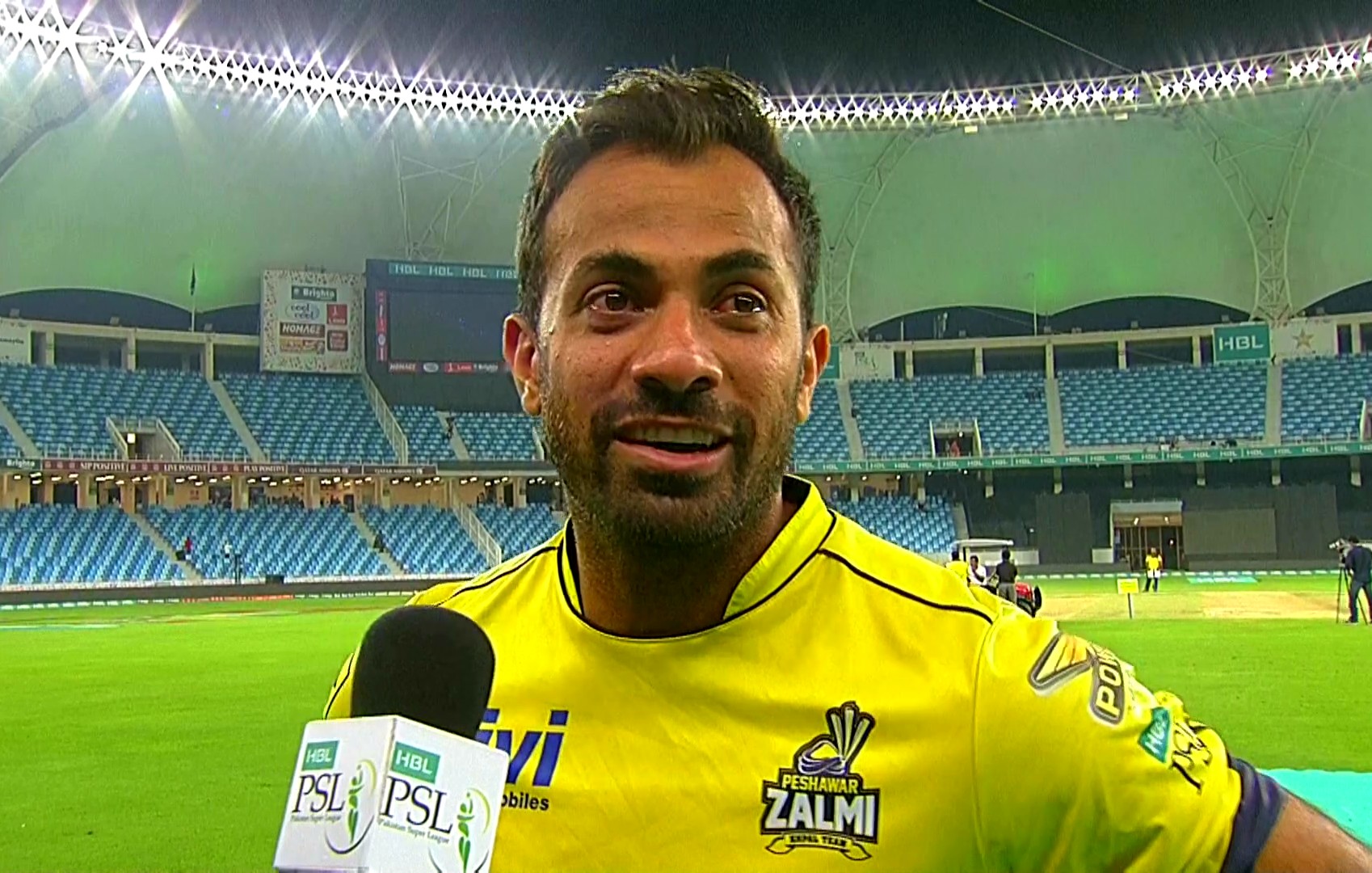 DUBAI: Fast bowler Wahab Riaz dedicated Peshawar Zalmi`s win in the third playoff against Karachi Kings to his late father who passed away last month, a few days before the start of Pakistan Super League.

In a post-match interview with Bazid Khan, Wahab said that his father wanted to see him playing in Lahore in front of the crowd.

“The one I am missing is my father,” said the fast bowler, who added that his father had wished to see him playing the final in Lahore.

“I want to dedicate this to him.” Wahab added: “when I left the hotel, I spoke to my mother and sisters, and they told me that you have to do it for your dad.”

“He could not get this gift [while he was alive] but I think he will be a very happy man,” said an emotional Wahab, barely being able to control his tears.

Riding on a brilliant century by Kamran Akmal and superb bowling effort by pace duo of Chris Jordan and Wahab Riaz, Peshawar Zalmi knocked Karachi Kings out to qualify for the final of the second edition of Pakistan Super League. 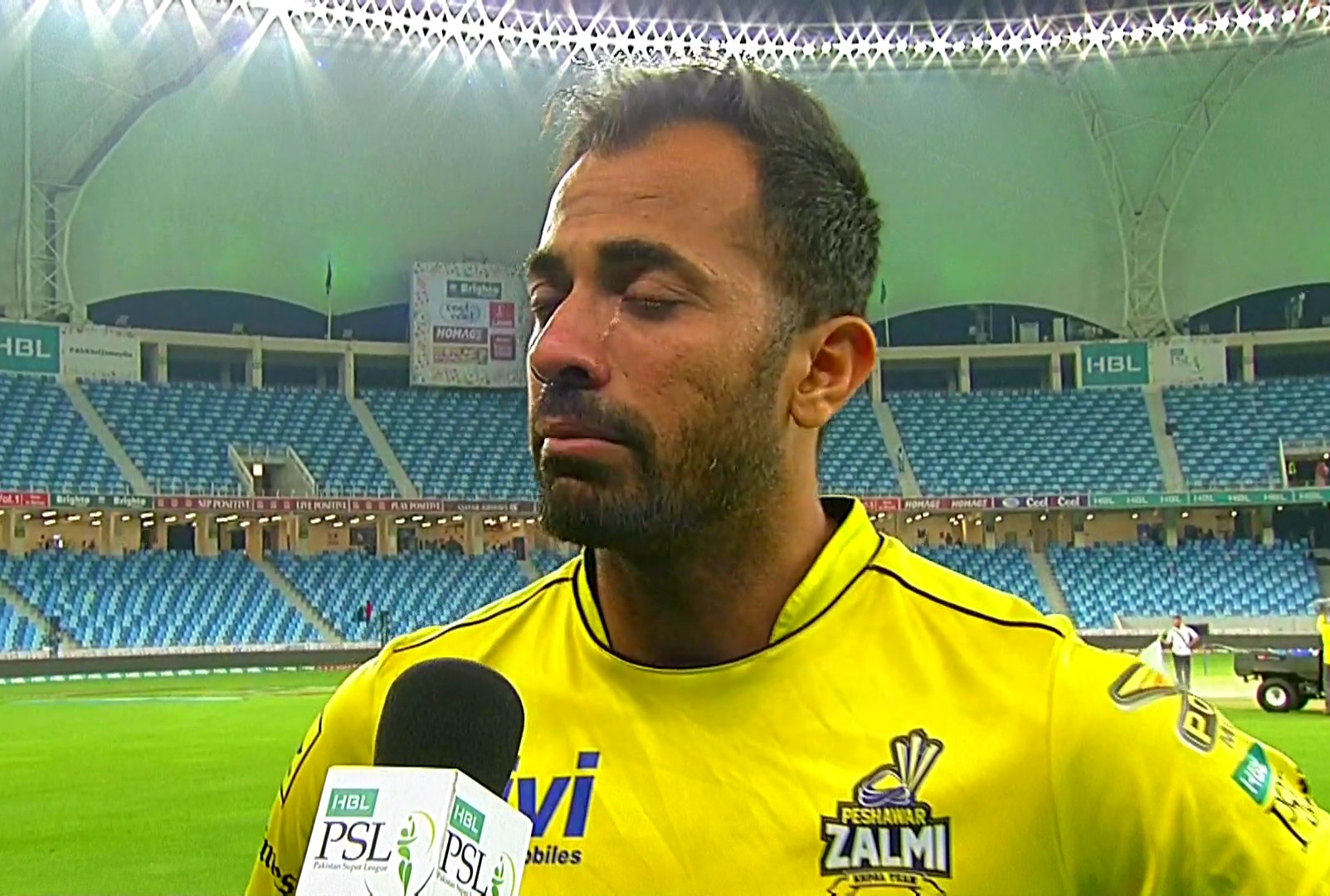 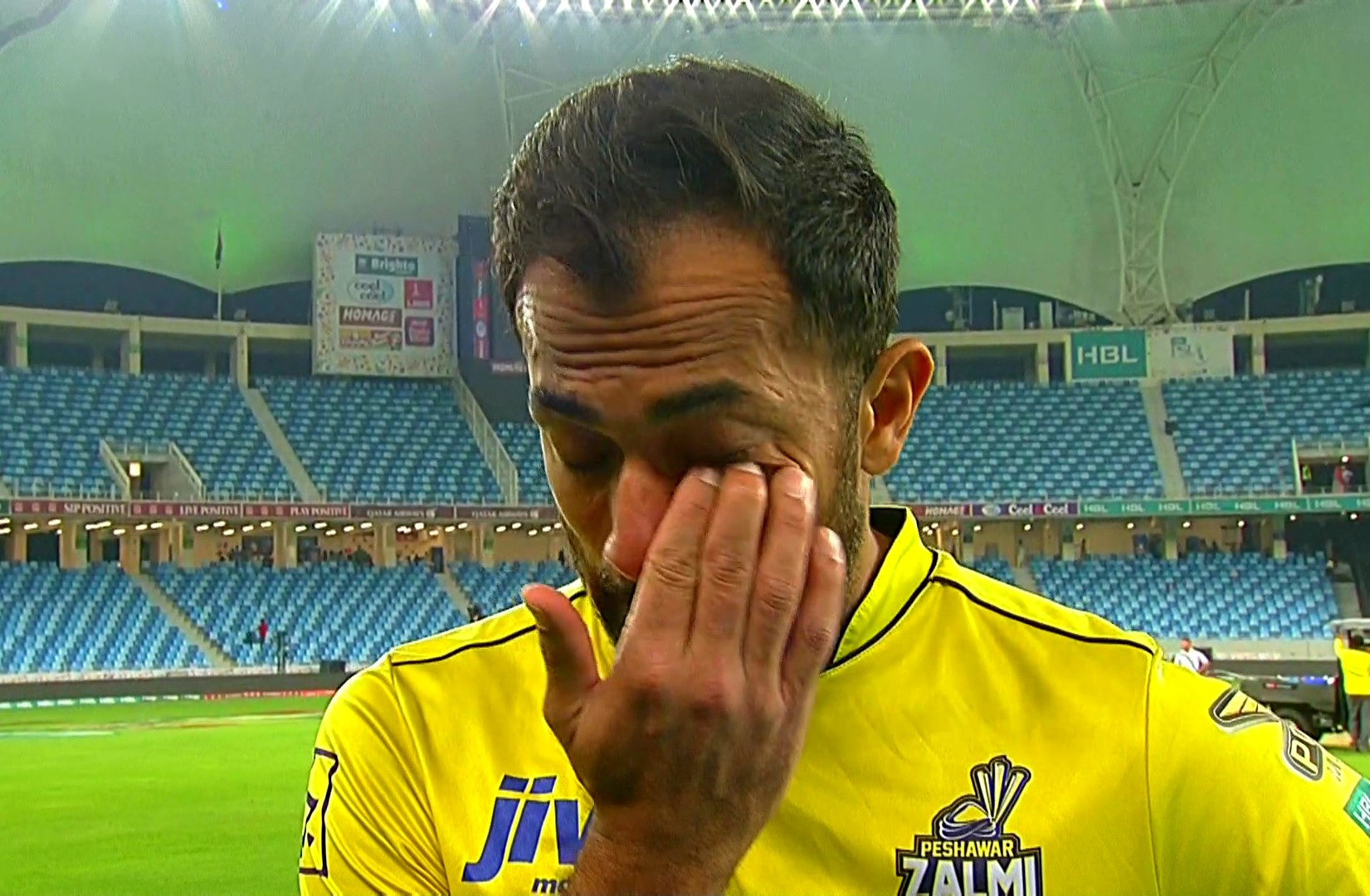 Chasing a target of 182, Karachi Kings were restricted to 157/7 in twenty overs as Chris Jordan and Wahab Riaz outclassed batting powerhouse of Karachi Kings.