SANTIAGO: Hosts Chile sent nine-man Uruguay crashing out of the Copa America on Wednesday, winning a stormy quarter-final 1-0 to edge closer to their dream of a first South American crown.

An 81st-minute strike from Juventus defender Mauricio Isla settled a pulsating encounter at Santiago’s Estadio Nacional as holders Uruguay saw striker Edinson Cavani and defender Jorge Fucile sent off. Fucile’s dismissal for a second yellow card in the closing minutes triggered a mass confrontation involving players and officials from both sides, with even Uruguay’s veteran coach Oscar Tabarez coming onto the pitch. 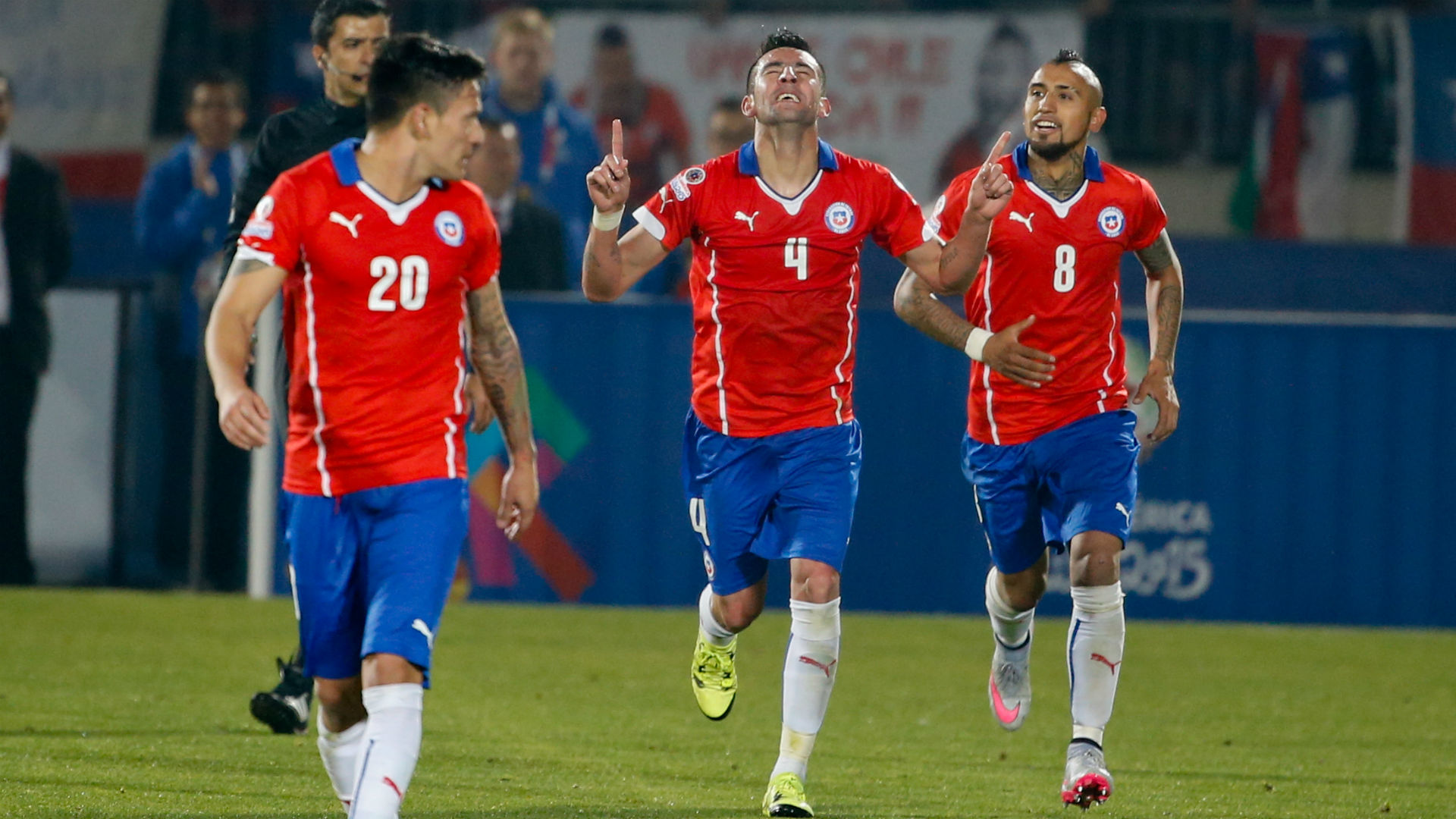 Brazilian referee Sandro Meira Ricci had already incurred the wrath of Uruguay’s players after his decision to show a second yellow card to Cavani in the 61st minute. Cavani, booked in the first half for a foul on Arturo Vidal, saw red after flicking a hand into the face of Chile defender Gonzalo Jara.

Jara reacted theatrically but Ricci showed no hesitation in brandishing yellow and capping a miserable week for Paris Saint-Germain star Cavani, whose father was arrested on Monday night for his involvement in a fatal car crash.

Uruguay reacted to Cavani’s dismissal doggedly and appeared to be on their way to taking the game to a penalty shoot-out with a superb defensive performance. But as the match entered the final 10 minutes, Chile pounced on Uruguay goalkeeper Fernando Muslera’s failure to clear a cross.

Playmaker Jorge Valdivia slipped a pass to Isla, who drilled in a low finish to spark wild celebrations for the hosts. It got worse for Uruguay a few minutes from time when Fucile clattered into Chile star Alexis Sanchez. Uruguay protested that Fucile had played the ball but there was no denying that his trailing leg followed through on the Arsenal star. Play was interrupted for several minutes as Uruguay’s players and officials protested but Ricci remained unmoved and the red card stood. 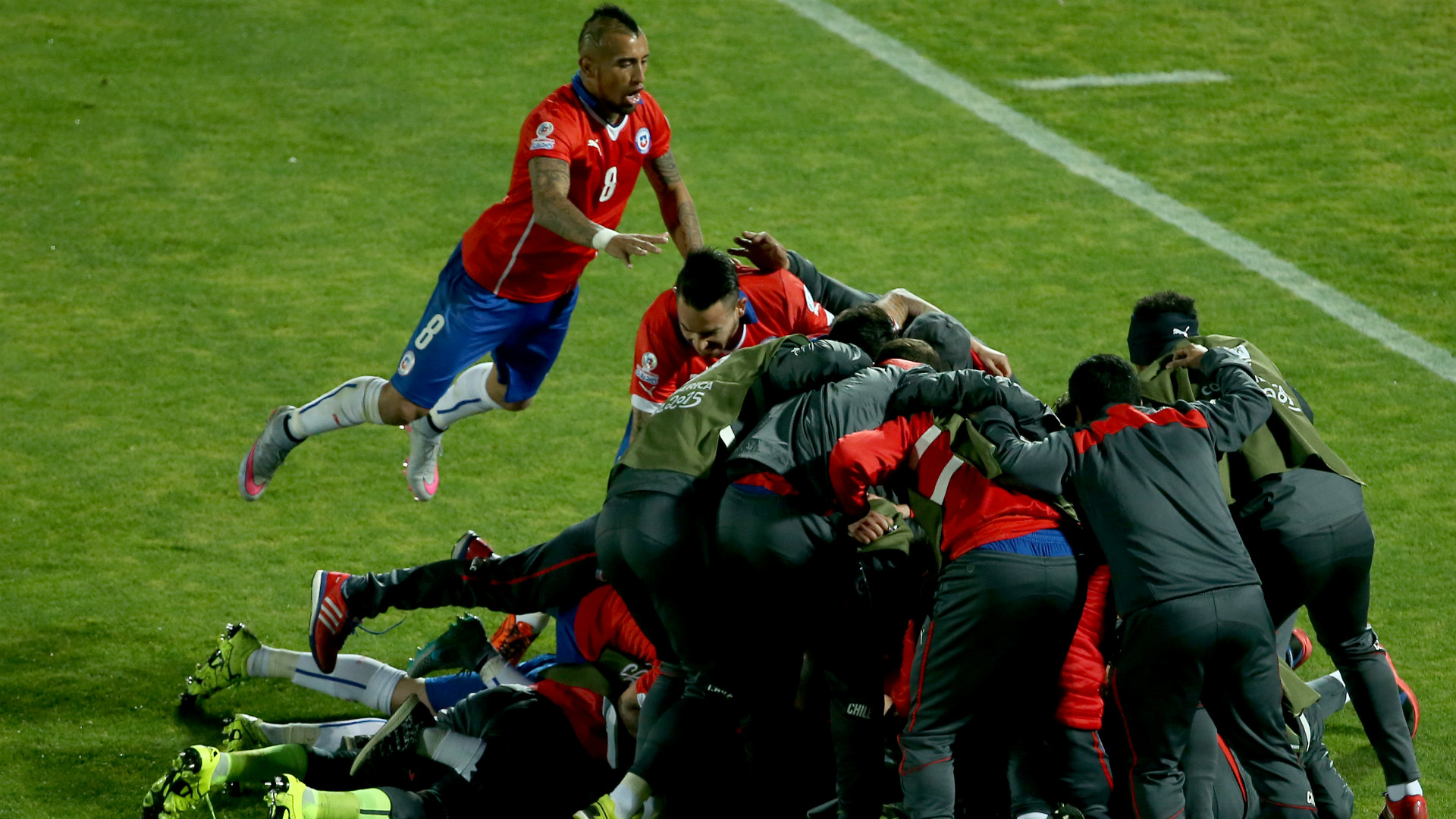 Chile will now play the winner of Thursday’s quarter-final between Bolivia and Peru in the last four.