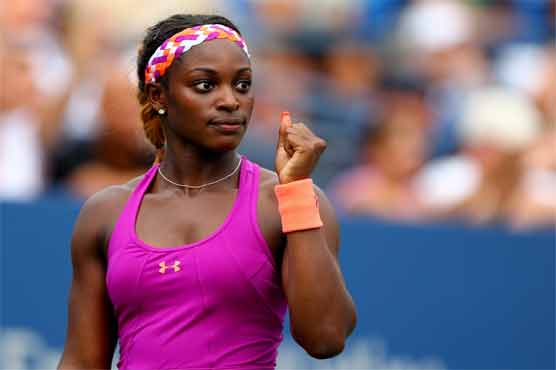 The two former US Fed Cup teammates Stephens and Williams both won their matches Sunday.

INDIAN WELLS, United States, March 16, 2015 (AFP) – Sloane Stephens referred to Serena Williams as a “colleague” and said she has had to block “a lot” of her fans on Twitter after the two had a falling out following the 2013 Aussie Open.

The two former US Fed Cup teammates Stephens and Williams both won their matches Sunday to set up a fourth round clash, with the winner advancing to the quarter-finals of the WTA and ATP Tour Indian Wells tournament.

Stephens said they are no longer as chummy as they used to be but they have managed to maintain a working relationship.

“She s a competitor; she s the number one player in the world. She s what do you call it? … when you work with someone? A colleague. She s a colleague.”

All three career meetings between the two happened in 2013, including Stephens 3-6, 7-5, 6-4 upset in the quarter-finals of the Australian Open. Stephens ended a 20-match Williams  winning streak with that victory and the two haven t been buddy-buddy since then.

They met later that year at the US Open, where Williams got her revenge, winning 6-4, 6-1.

“So much has happened since then. I remember playing well there (Aussie Open), but I think I played better when I played her at the US Open the same year,” Stephens said Sunday.

“So, I don t know. I obviously didn t win, but I thought I played a little more solid in that match.”

Stephens also praised Williams on Sunday and said it “was an honor” to face the top ranked player in the world in such a prestigious event. She said she is also looking forward to the challenge because she plays some of her best tennis against Williams.

“I felt like every match I played against her I have played well,” Stephens said. “I mean, it s always an honor to play No. 1 player in the world.

Back in May 2013, Stephens was quoted in a US magazine as saying that after the Australian Open upset, Williams blocked her from social media.

“She s not said one word to me, not spoken to me, not said hi, not looked my way, not been in the same room with me since I played her in Australia,” Stephens said.

Stephens said Sunday that she now gets a rough ride from Williams  Twitter fans.

“Oh, they hate me,” Stephens said. “They are the first people to get blocked on my Twitter. I am the queen of blocking.

“There is no room for negativity. I understand that they are die hard fans and I appreciate that. I m sure she does, too. But some of the comments and some of the things are you know so unnecessary.

“It comes to the point where you re on Twitter saying mean things about someone else … I m just like I don t understand it. But die hard fans are die hard fans.

“If I was a nobody, I wouldn t attack a celebrity.”