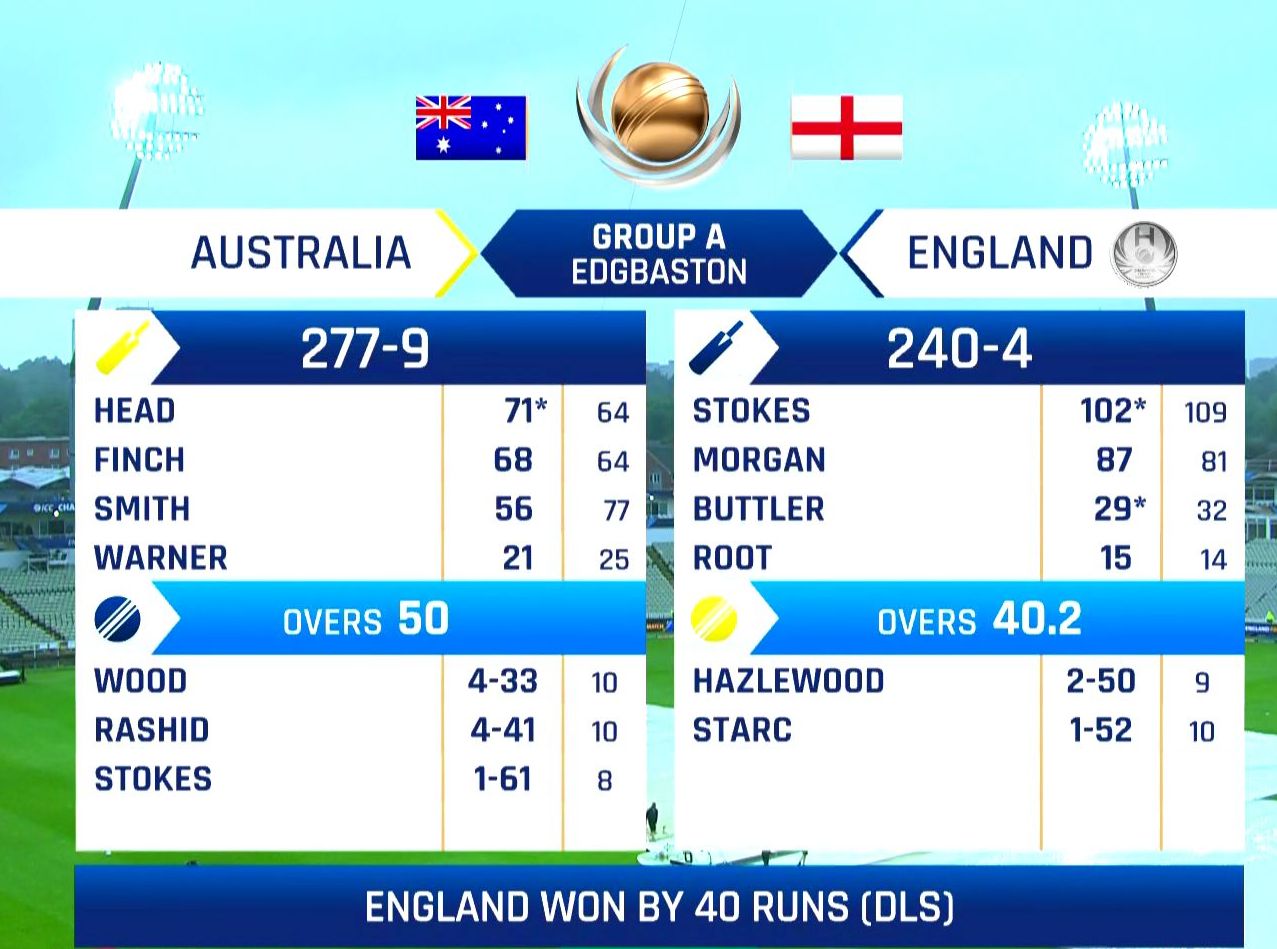 Birmingham: Ben Stokes hit a career-best 102 not out and captain Eoin Morgan 87 as England knocked Australia out of the Champions Trophy with a 40-run win over their arch-rivals on the Duckworth-Lewis-Stern method at Edgbaston on Saturday.

Australia were set for a big total but saw a middle-order collapse towards the end of the innings with the England bowlers picking up 5/15 in five overs. 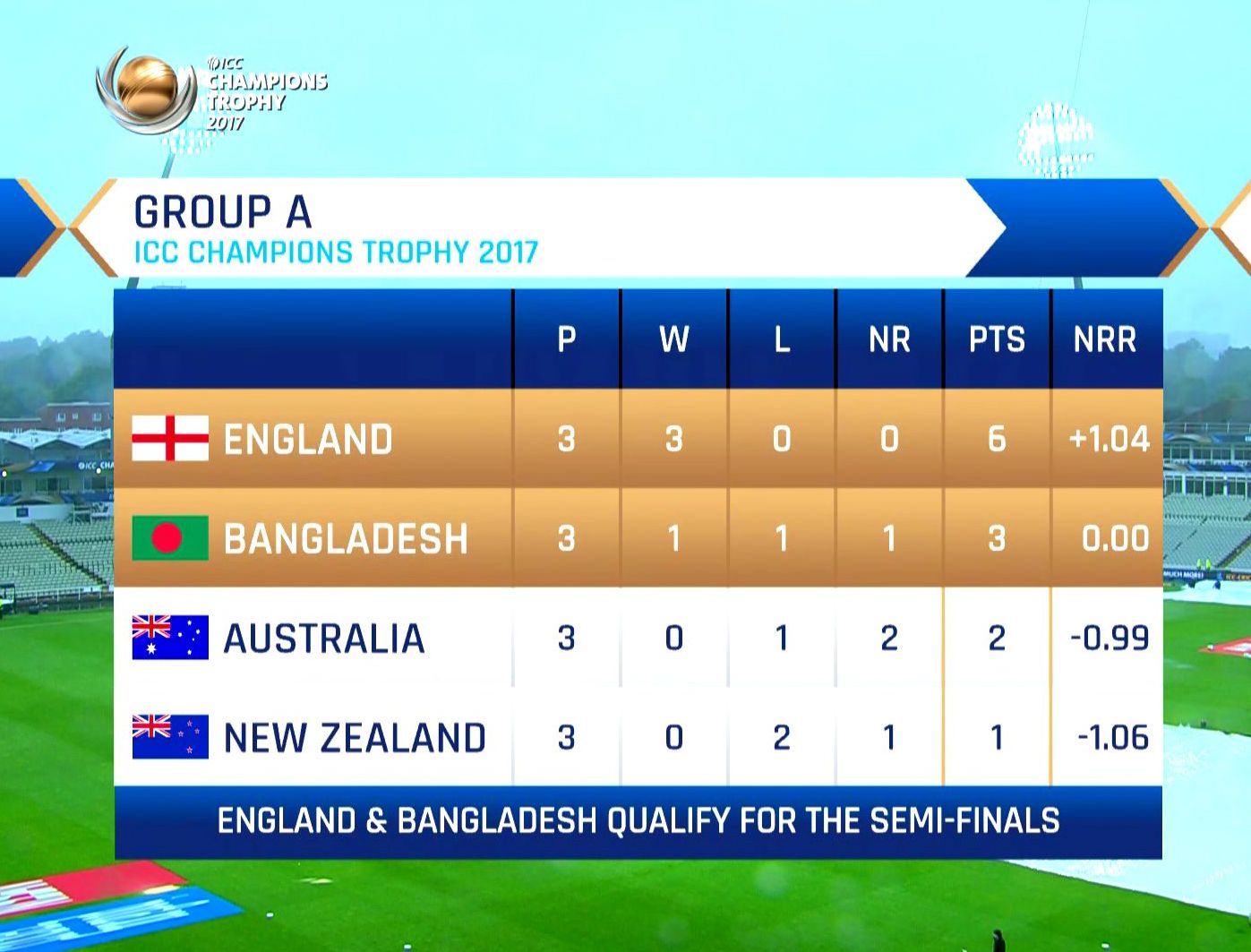 Wood and Rashid took four wickets each, ripping through the middle of the Australian batting order.

The Aussies, yet to win a match in the tournament, need to win to qualify for the semifinals. A defeat or a washout would send Steve Smith’s men home, paving way for Bangladesh’s entry into the semifinals.

England, meanwhile, have already secured their berth in the semis and would look to continue their momentum against old foes Australia. 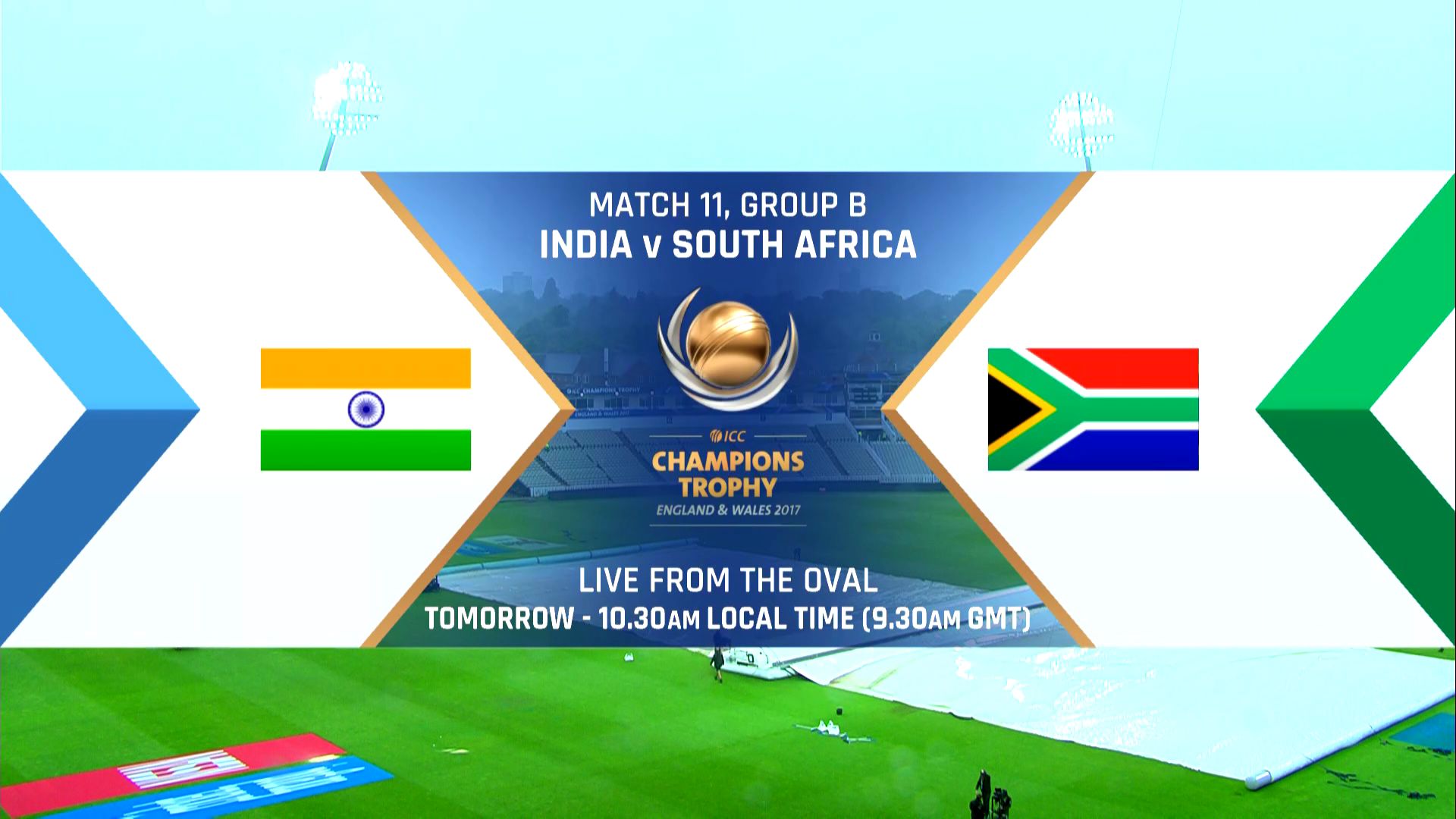