Arturo Vidal bagged a brace of goals for La Roja, who still remain on course to qualify from Group A despite only sitting in front of surprise package Bolivia on goal difference.The tournament hosts twice had to come from behind in an action-packed first half in Santiago, Vicente Matías Vuoso and Raúl Jiménez both finding the net for Mexico.

Goals from Vidal and Eduardo Vargas made sure honours were even at the break, and it seemed Chile would go on to clinch victory when the former slotted home a penalty on 55 minutes. 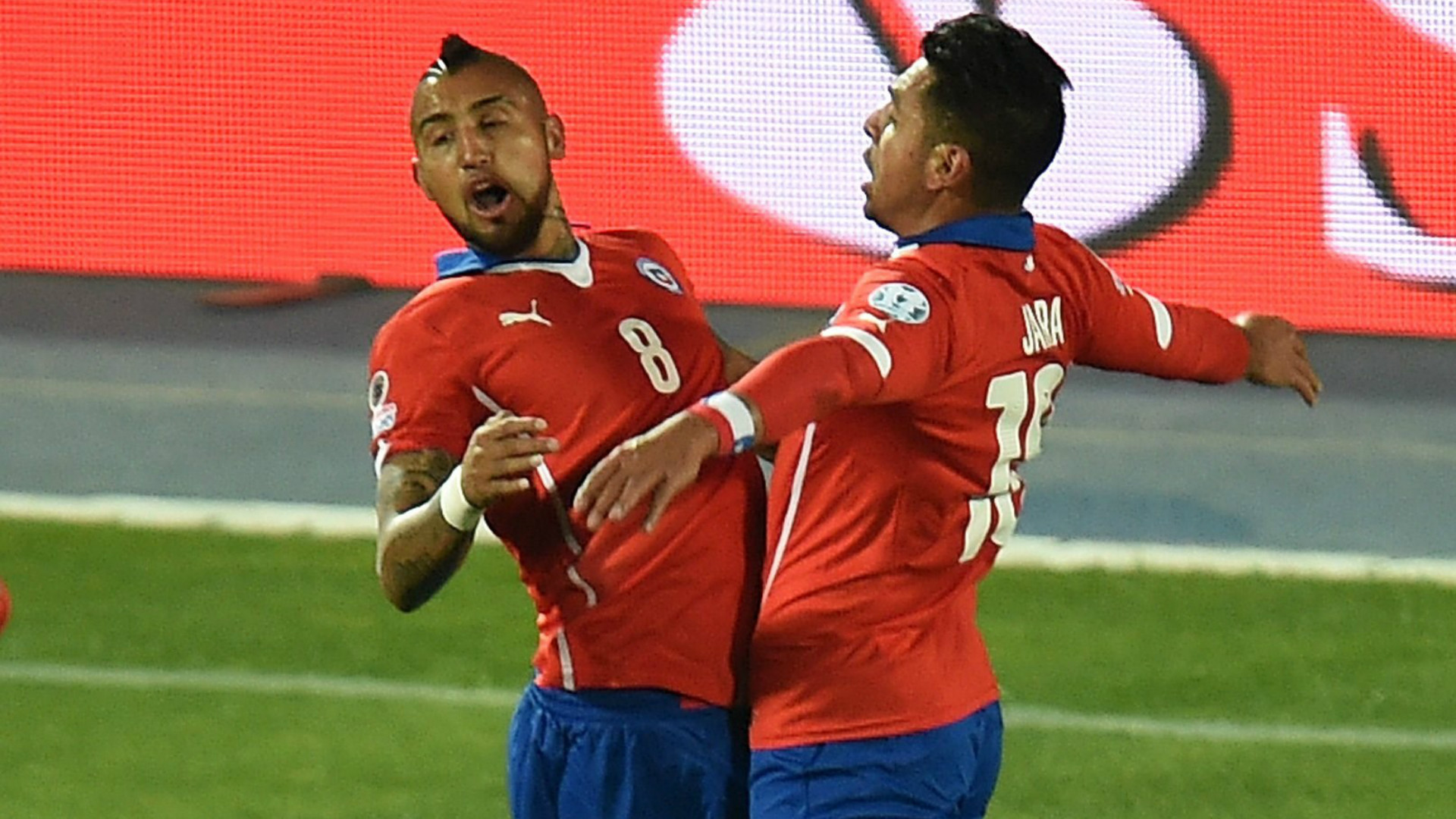 However, Vuoso’s second of the night secured El Tri – who have now drawn both of their matches – what could prove to be a precious point in the race to reach the last eight.

The forward had put Miguel Herrera’s side in front against the run of play by rounding off a swift counter-attacking move, only for Vidal to swiftly get Chile back on level terms with well-taken header 60 seconds later.

Still, Mexico went ahead again thanks to Jiménez’s superb header in the 29th minute.

Eduardo Vargas replied with a header of his own three minutes before half-time, meaning honours were even at the break.

Chile moved in front for the first time when Gerardo Flores collided with Vidal inside Mexico’s area to give away a spot kick.

The Juventus midfielder picked himself up to send Jesús Corona the wrong way.

But Mexico capped a gritty display by finding an equaliser in the 66th minute as Adrián Aldrete’s raking pass found Vuoso, whose side-footed finish comfortably beat the onrushing Claudio Bravo.

Chile, though, had two goals contentiously ruled out in the second half.

Jorge Valdívia’s stunning effort was chalked off after Vidal was judged to be offside, while after Mexico’s equaliser, Alexis Sanchez met Mauricio Isla’s cross with a finish from close range only to be denied by the assistant’s flag.

Chile face unbeaten Bolivia in their final group game, while Mexico meet an Ecuador side that has so far lost twice.