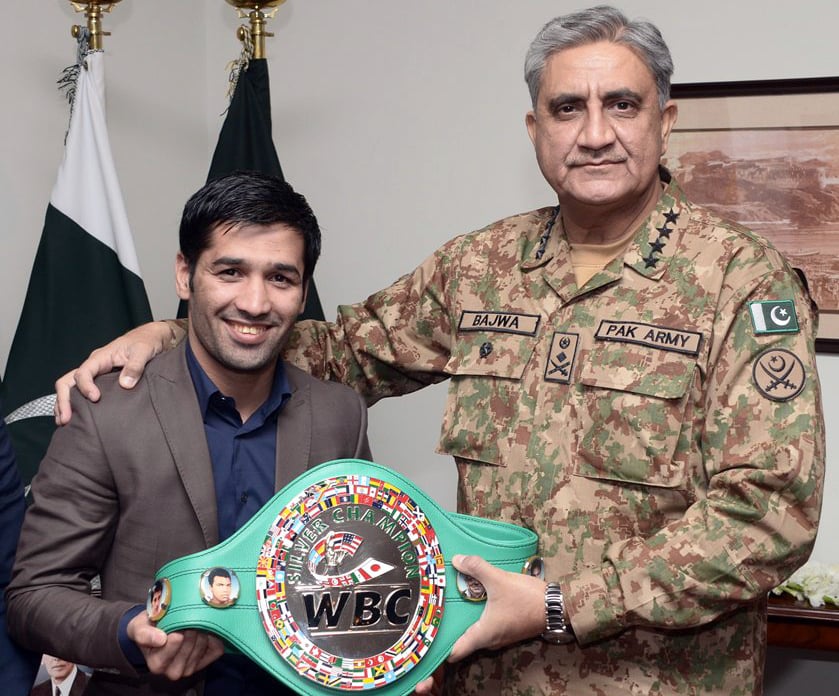 The army chief praised Boxer Muhammad Waseem for his outstanding achievements and expressed his confidence that Pakistani youth will follow his footsteps to bring good name to the country.

Waseem had successfully defended his WBC silver flyweight title after defeating Giemel Megramo of the Philippines in November.

Megramo gave Waseem a tough time for the duration of 12 rounds of the fight, with the latter winning the match by 1 point.

This is Waseem’s 5th fight during his ongoing professional career, and the boxer has so far proved to be unbeatable.

Known as ‘Falcon Khan’, Waseem, whose ranking is expected to improve, is intended to challenge other recognised fighters.

Following his successful bout, PM Nawaz Sharif had approved a Rs30 million grant for the boxer.