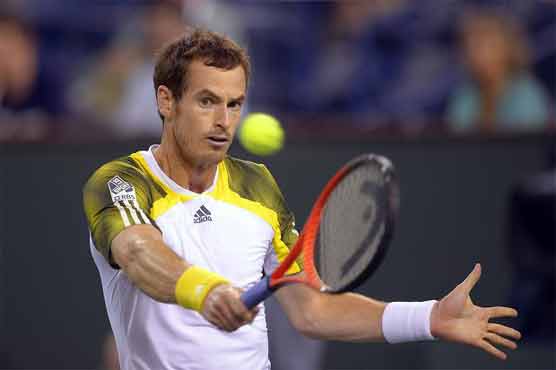 INDIAN WELLS (AP) – Andy Murray outlasted Philipp Kohlschreiber 6-1, 3-6, 6-1 in a nearly two-hour baseline slugfest under a hot sun at the BNP Paribas Open on Monday.
Murray earned the only two breaks of the third set and closed out the win when Kohlschreiber s forehand went wide, one of 35 unforced errors by the German. The temperature topped 90 degrees, unusually hot for this time of year.
Murray moved on to a fourth-round match against 14th-seeded Ernests Gulbis, who beat Adrian Mannarino 6-4, 6-4.
On the women s side, Eugenie Bouchard defeated CoCo Vandeweghe 6-3, 6-2 to reach the fourth round.
The sixth-seeded Canadian faced the only break point on her serve of the match in the last game, but Vandeweghe netted a forehand. Bouchard hit a forehand winner on her second match point. Vandeweghe had 24 unforced errors in the third-round match, the farthest the American has gotten at Indian Wells in four tries.
“I felt very solid,” Bouchard said. “That s important against a player who can have big weapons. She had some great serves and some great forehands. I was going to try to neutralize that and take my chances when I had them.”
Bouchard had plenty of support in the crowd from the many Canadians who spend the winter in the desert. They waved red and white Maple Leaf flags in what seemed like a home match for Bouchard.
Top-ranked Novak Djokovic plays a late match, and Maria Sharapova and Victoria Azarenka meet in an evening match between former No. 1 players.