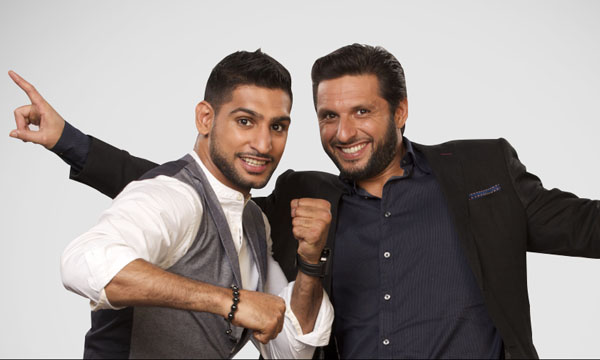 Amir, in a video message, said he wishes the Peshawar team (owned by Haier’s Javed Afridi) very best of luck in the PSL. He also wished Pakistan T20 captain Shahid Afridi all the best.

With two sportsperson now quoting Peshawar and Afridi together, Javed will surely be playing some cards to get the first bid and pick Afridi to represent his Peshawar team.

Supporting team Peshawar, Yuvraj said he would pray for the success of the team bought by Haier’s Javed Afridi for $1.6 million.

All praise for Shahid Afridi, the Indian all-rounder said Peshawar would surely win as they have boom boom on their side. The 33-year-old added that Afridi was only hard from the outside and had a very soft and kind inner side.