Amir Khan insists he is once again just one impressive victory away from a fight against Floyd Mayweather and tonight he has the chance to prove it against Chris Algieri. 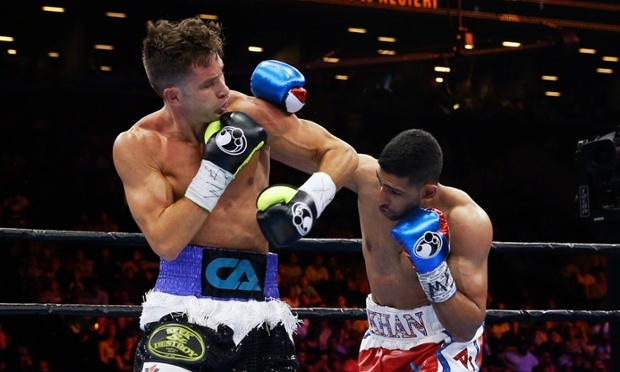 Khan takes on the New Yorker in his backyard, at the fabled Barclays Center, six months after his impressive performance against Devon Alexander.

The Bolton welterweight hopes a win will propel him into a clash with Mayweather in September in what promises to be the self-proclaimed ‘best ever’.

Algieri, meanwhile, has not fought since losing a lop-sided decision to Manny Pacquiao last November, a fight in which he was knocked down six times.