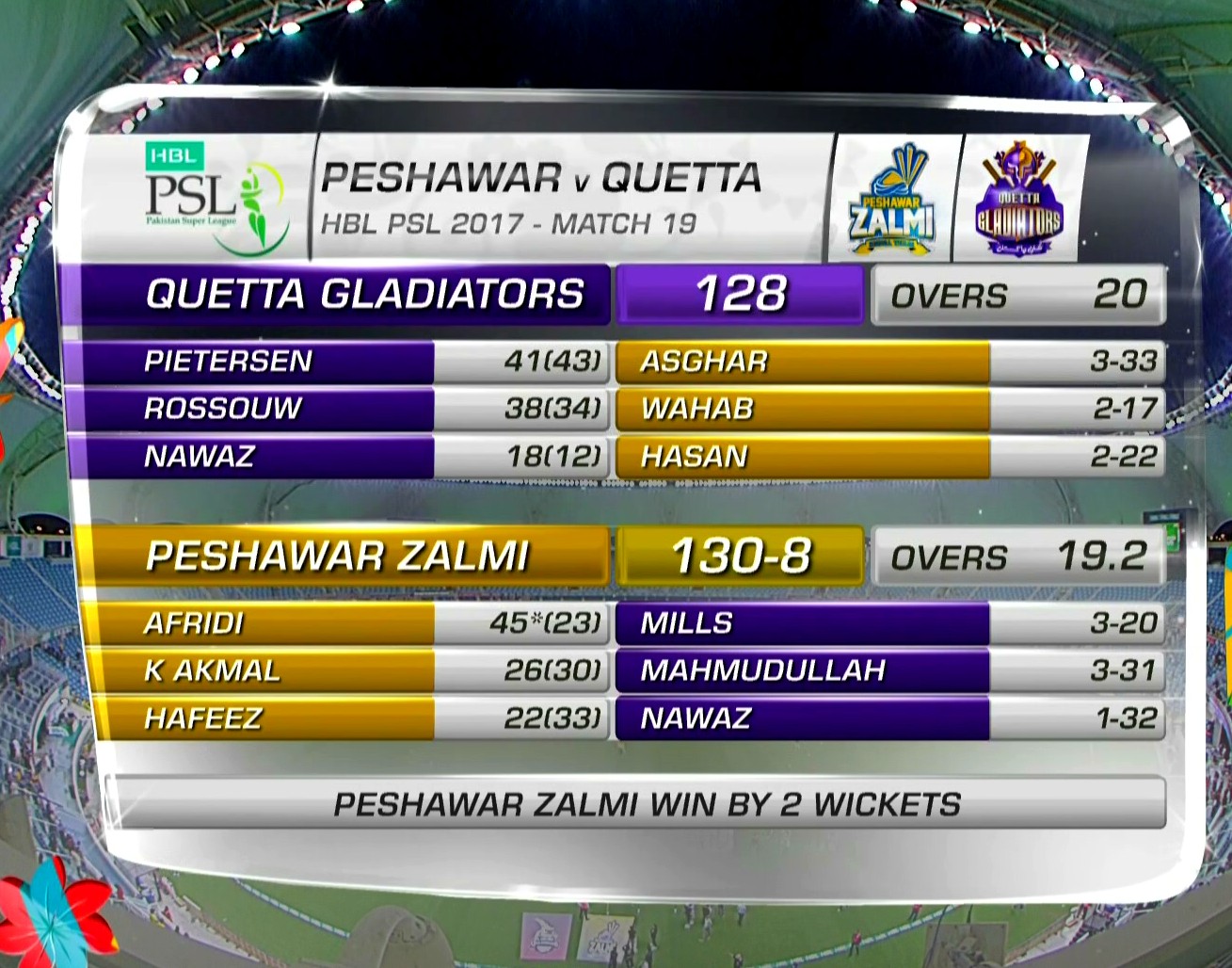 DUBAI: A quick fire 45 by Shahid Afridi guided Peshawar Zalmi to a 2-wicket victory against Quetta Gladiators at the Dubai International Cricket Stadium on Saturday.

Chasing a modest 129, Zalmi floundered earlier in the innings after losing their top and middle order in quick succession. Afridi, however, took over the reins and smashed three sixers and three fours to score 45 off 23 balls and take Zalmi to safety.

A superb bowling effort by youngster Mohammad Asghar limited Quetta Gladiators to 128 earlier. Asghar struck twice in his very first over to remove both Asad Shafiq and Ahmad Shehzad, giving Peshawar Zalmi an early breakthrough after Darren Sammy won the toss and opted to field against Gladiators. 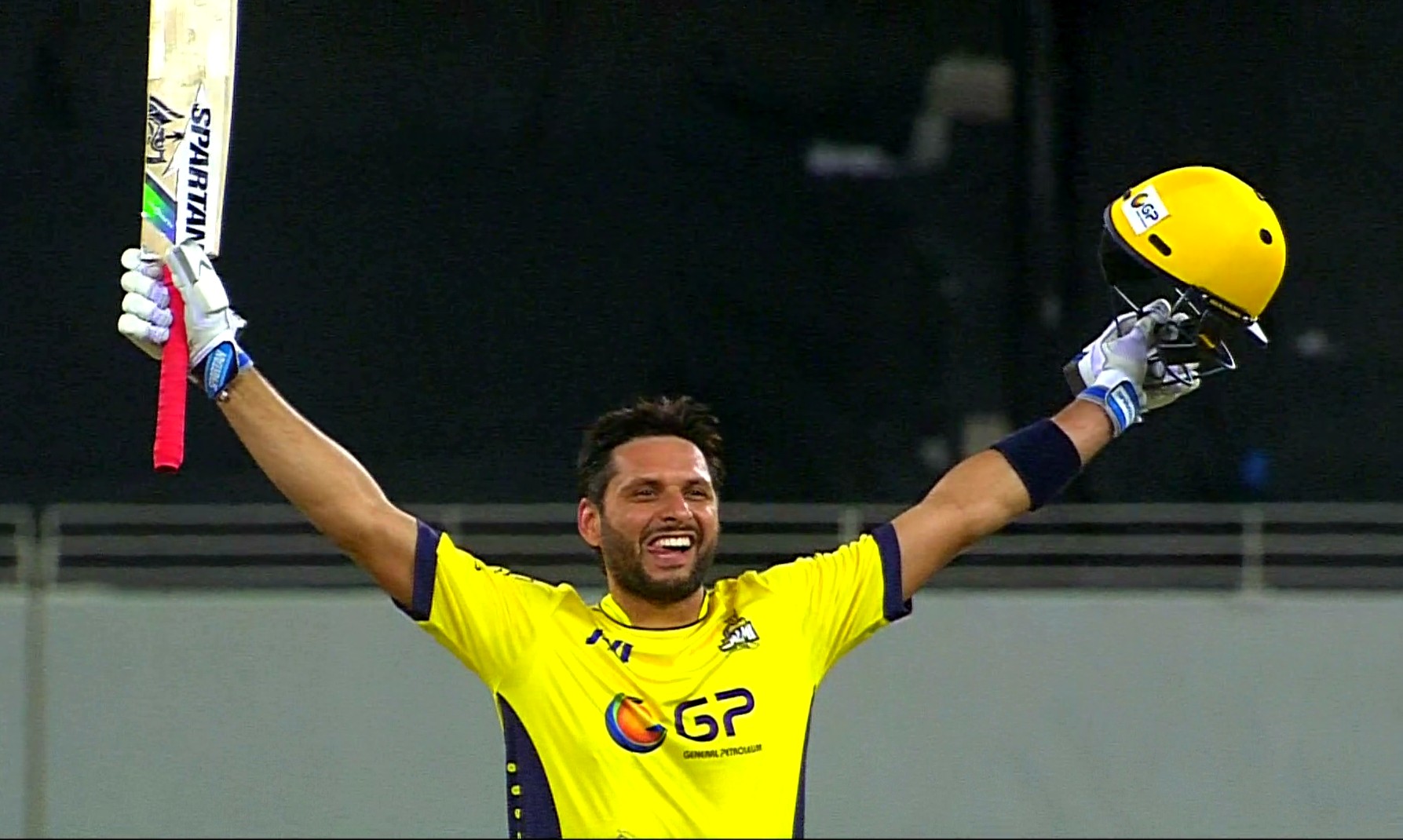 Asghar also bagged the crucial wicket of Kevin Pietersen, who was the highest scorer for Gladiators today with 41 runs, followed by Rilee Rossouw who made 38.

Both Hasan Ali and Wahab Riaz took 2 wickets each.

Quetta Gladiators, led by Pakistan limited-overs captain Sarfraz Ahmed, were the first team to secure their place in the playoffs earlier this week. The team, however, faced a shock defeat to Islamabad United on Friday night in a last-ball thriller which dampened their ride to the playoffs. 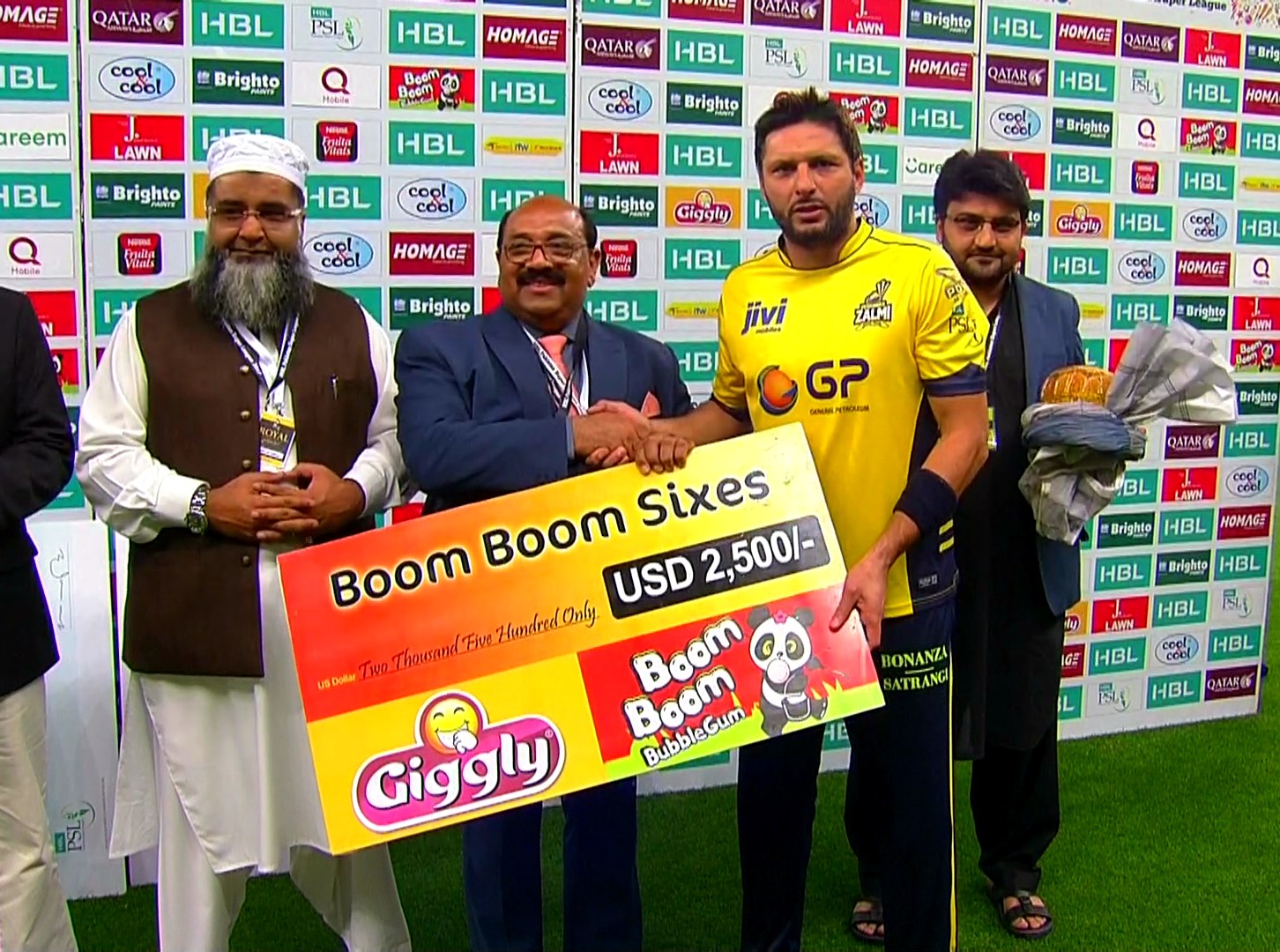 Peshawar Zalmi, regardless of the result of Lahore Qalandars vs Karachi Kings match, are through to the playoffs with 9 points. 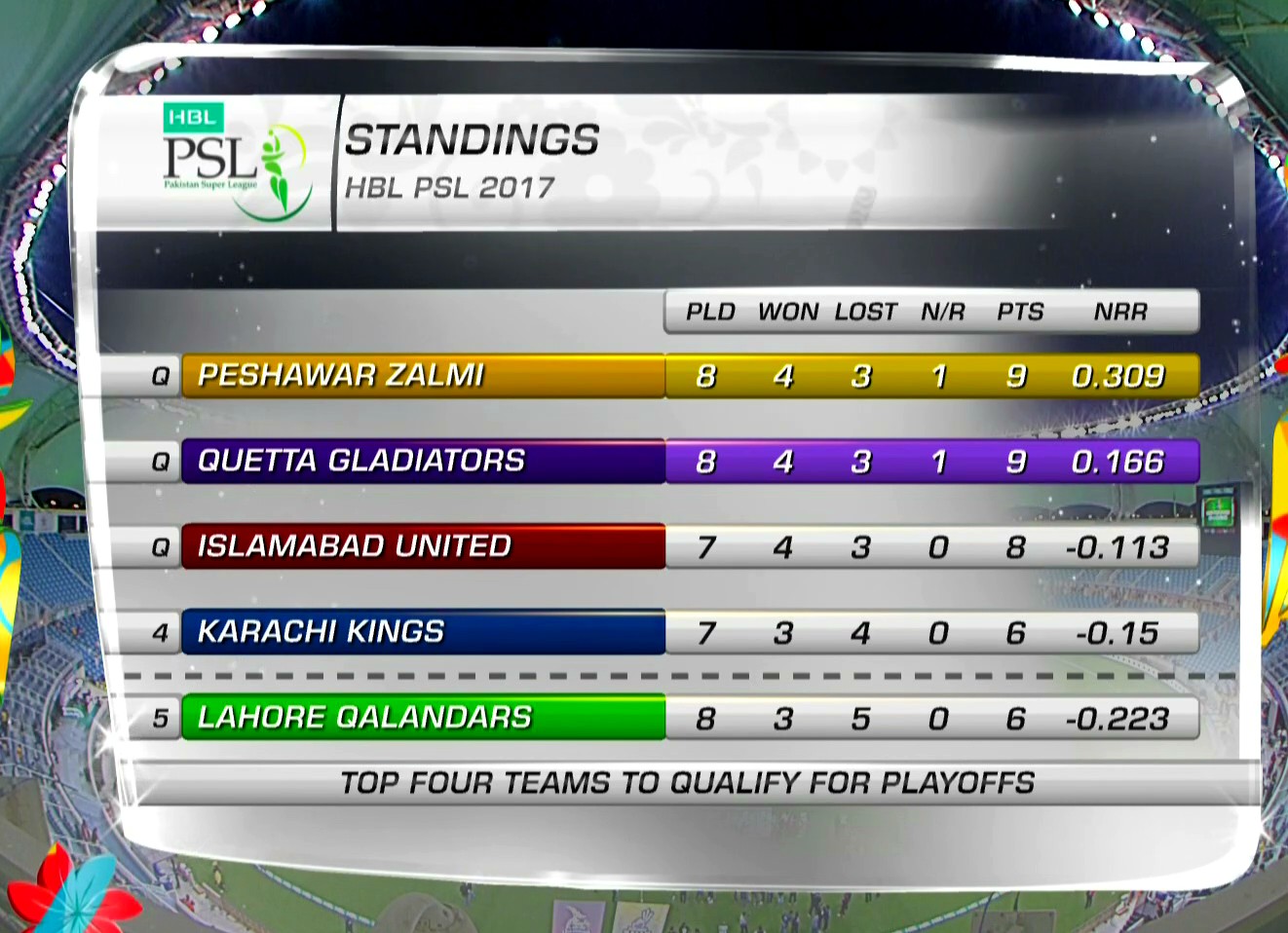