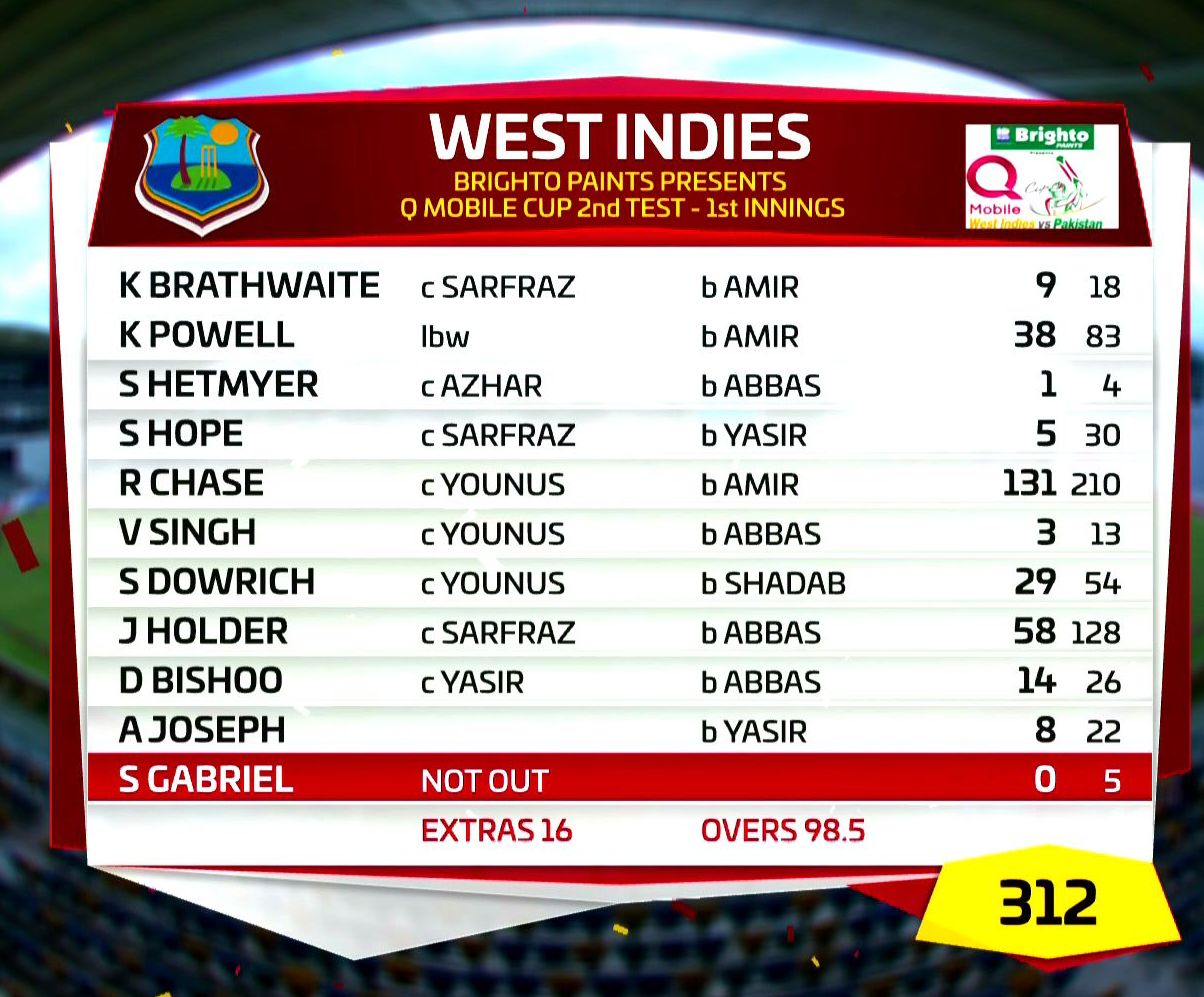 West Indies managed to score 312 in their first innings as the batsmen were able to add 26 runs to the overnight total.

West Indies resume their first innings on the second day of second cricket Test against Pakistan at Bridgetown at overnight score of 286 for six.

The Caribbean side had to suffer loss in the shape of two quick wickets as skipper Jason Holder and Chase fall early at the start of second day’s play.

West Indian batsman Roston Chase was caught by Younas Khan of the bowling of Muhammad Amir as he wasn’t been able to add a single run to overnight score of 131 runs.

Muhammad Abbas was able to take the crucial wicket of Holder who was caught by wicket keeper Sarfaraz Ahmad. 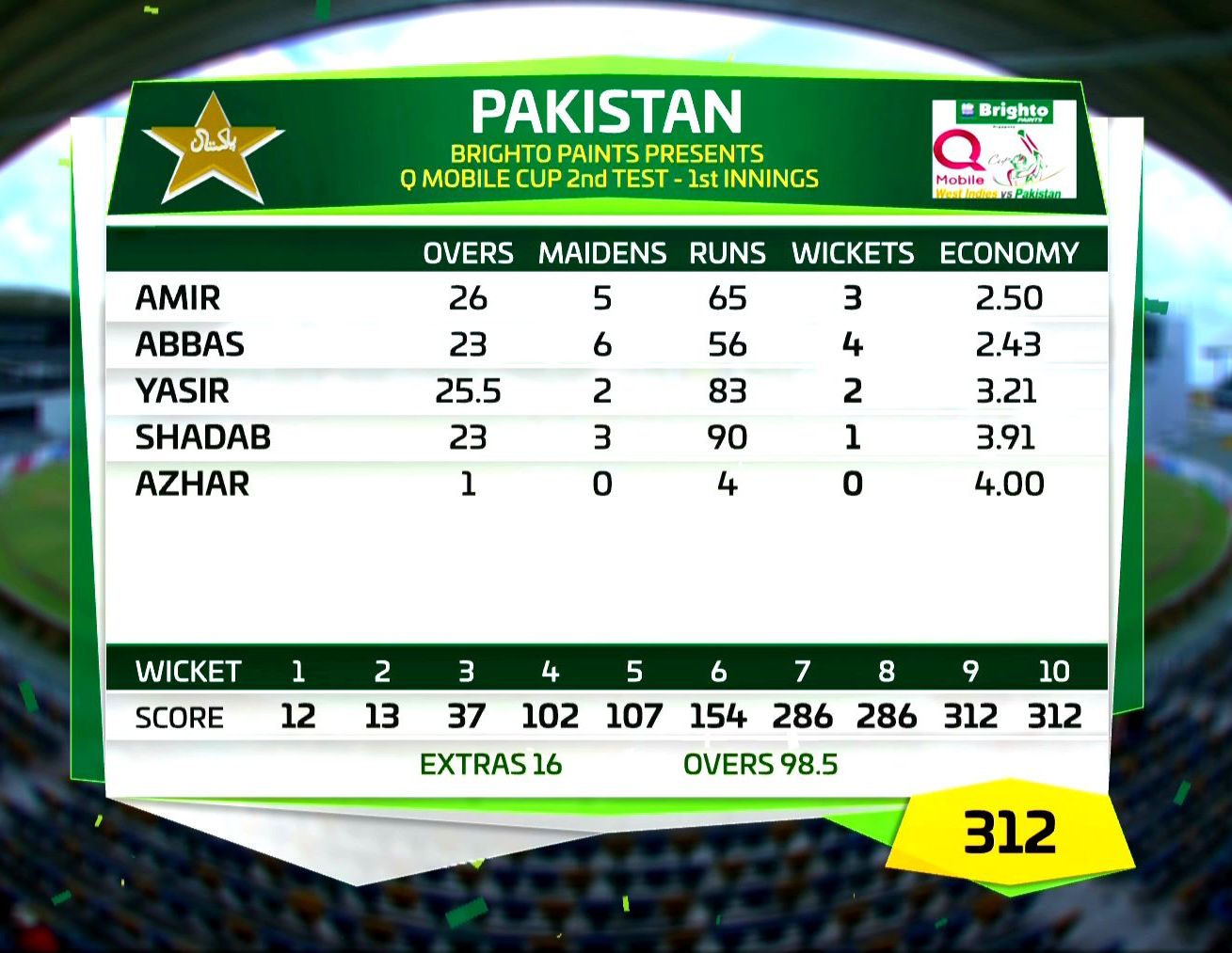