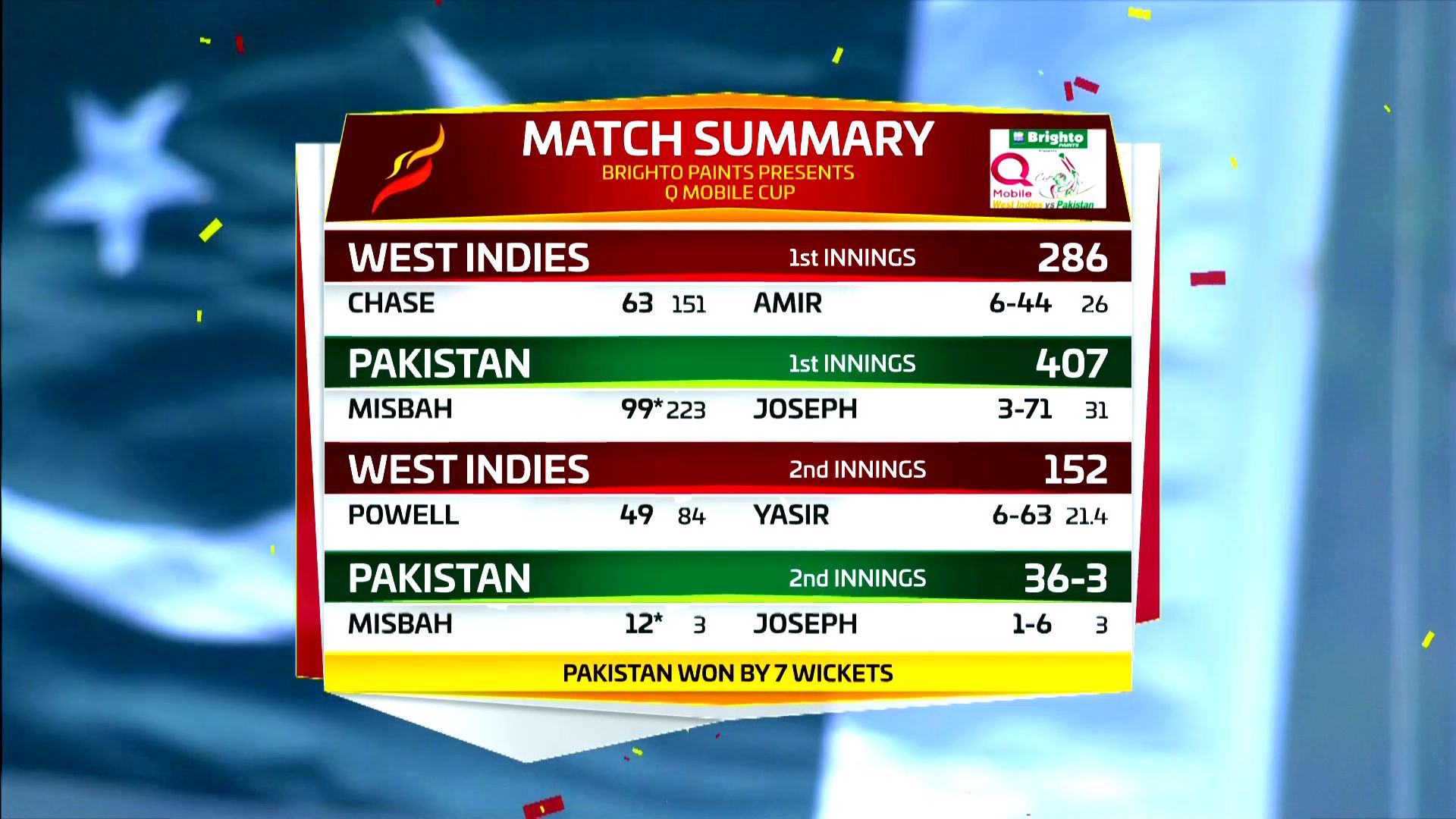 25th Test win as captain for Misbah-ul-Haq and he goes ahead of Alastair Cook, Andrew Strauss & Michael Clarke who have 24 wins

Pakistan captain Misbah-ul-Haq hit successive sixes off Devendra Bishoo to give Pakistan victory by seven wickets in the first Test against West Indies in Jamaica on Tuesday.

The tourists had bowled West Indies out for 152 in the second innings leaving them a target of 32 to win on the final day, which was reached in less than 11 overs.

Earlier, Yasir Shah completed a six-wicket haul to spearhead a second innings rout of the West Indies and put Pakistan on the verge of a comfortable victory on the final day of the first Test. 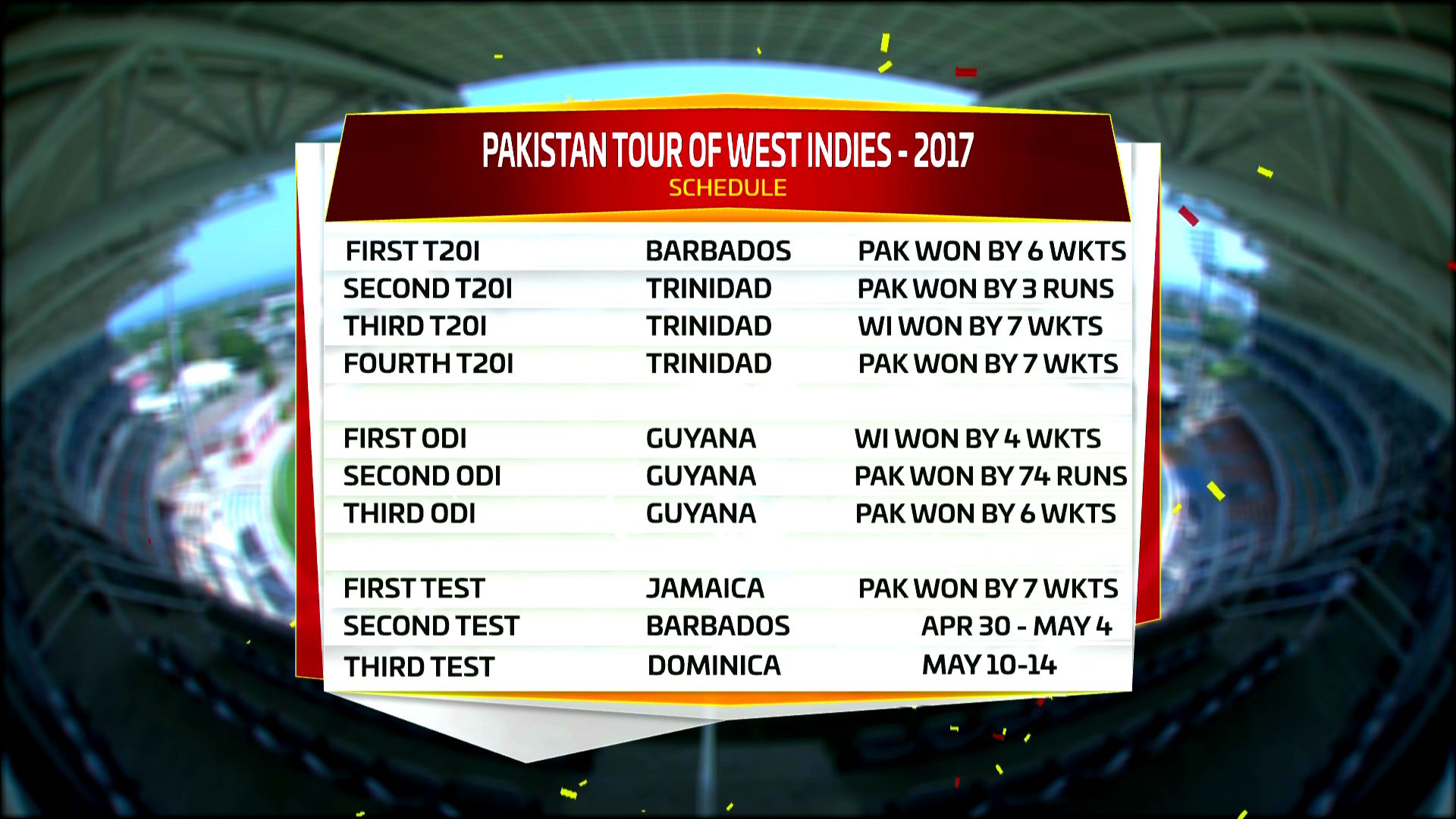