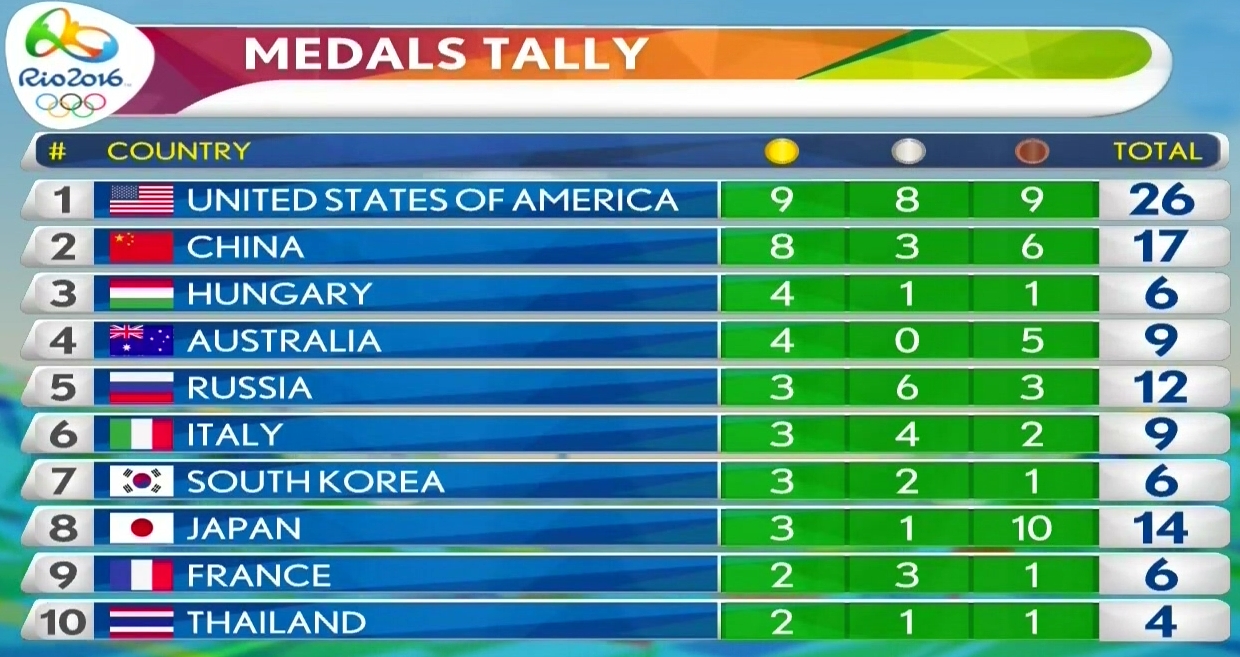 Day 4 of the Olympics was all about the U.S. women’s gymnastics team. The five competitors came in with nearly impossible expectations, but they somehow exceeded them.
There were also medals in equestrian and judo, with swimming coming up later Tuesday night.

Phelps steals the show: Everyone, including the USA basketball team, was cheering on Phelps as he won an incredibly close 200m butterfly race over rival Chad le Clos. It was Phelps’ 20th gold medal. Just an hour later, he swam the anchor leg in a gold medal win in the 4x200m freestyle relay.